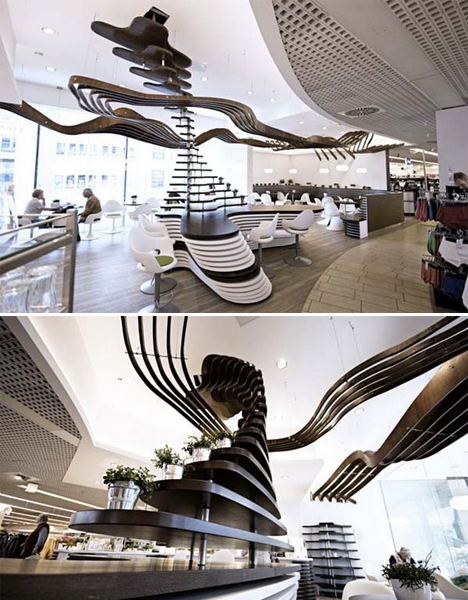 Waves of solid wood seem to float through the interiors of the Green Bistro, a modern restaurant in Osnabruck, Germany by Siddik Erdogan and Jorn Frohlich. 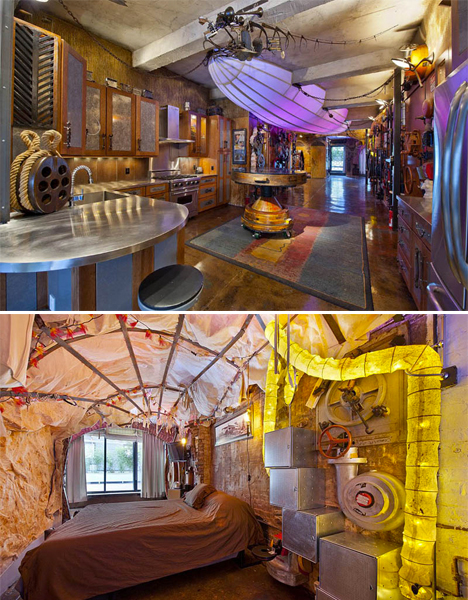 Taking things in a retrofuturistic direction, this incredibly ornate steampunk apartment in New York City is styled to look like the inside of a submarine, including a 32-foot zeppelin with a programmable LED light system. 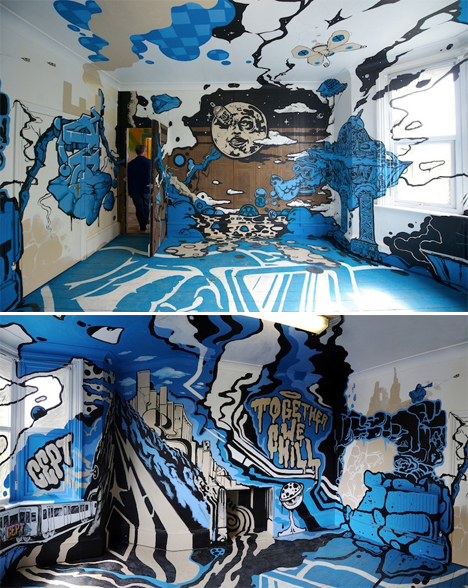 Every surface of an entire bedroom is completely covered in street art-style murals by Snoe, BRK and Cept, known collectively as ‘The Rolling People.’ 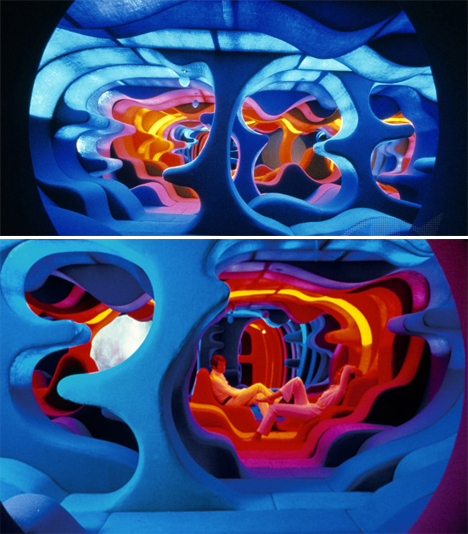 These psychedelic rooms by Verner Panton are another retrofuturistic vision, with soft, amorphous surfaces that feel like something from another planet. 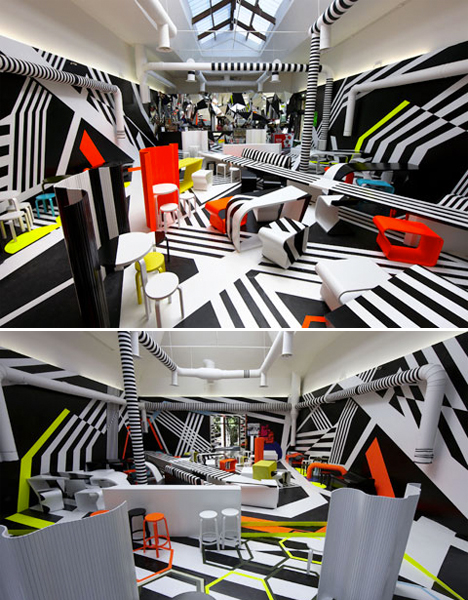 This bar interior by designer Tobias Rehberger seems like a visual interpretation of what it fells ike to be drunk. Black and white lines moving in every direction combined with a seemingly random arrangement of furniture create a sense of disorientation. 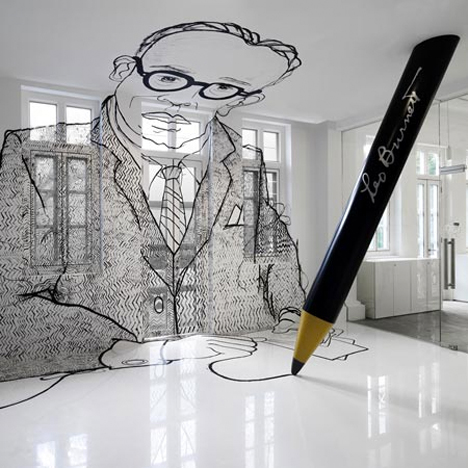 A massive portrait of the company’s founder stretches from the floor up onto the ceiling of the Leo Burnett Office in this interior by Singapore firm Ministry of Design. A scaled-up model of a pencil makes to room seem like a miniature at first glance.