Quite possibly the most filmed and photographed bridge in the world, the Sixth Street Viaduct, spanning the Los Angeles River, is a challenging icon to replace, but the Ribbon of Light aims to try. 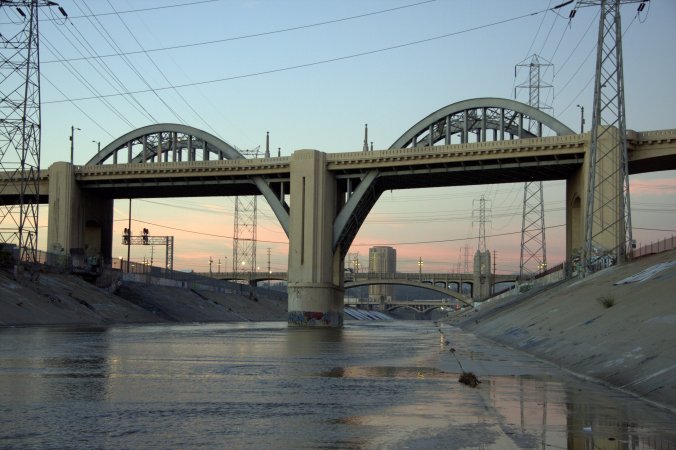 The famous Art-Deco viaduct in question, built in 1932, has been featured in dozens of films, television shows, music videos and video games, including Grease, Gone in 60 Seconds, Terminators 2 and 3, Madonna’s ‘Borderline’ video and episodes of Lost and 24.

Some sequences show the most recognizable part (directly over the LA river) being driven across, but many are shot from the river below. Unfortunately for fans, its was deemed seismically unstable thanks to compromised concrete supports, despite its historic landmark status with the city. 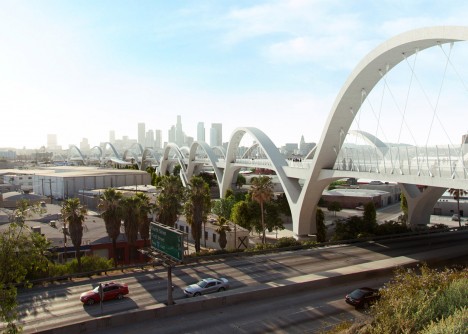 Architect Michael Maltzan, responsible for its replacement, has made his design an epic ode to its iconic curves, reprising and repeating them across a much longer portion of the new structure. 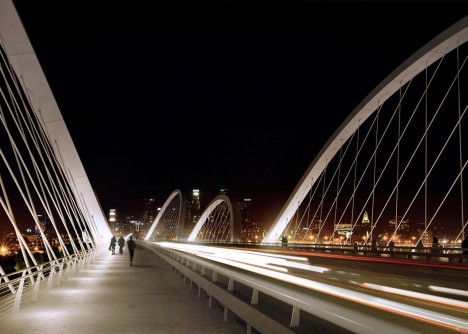 The new structure features arched trusses to be illuminated at night, suspended over a series of parks and paths being developed below and alongside it. A series of staircases and ramps will allow pedestrians and bikers to move up, down and across it as well. 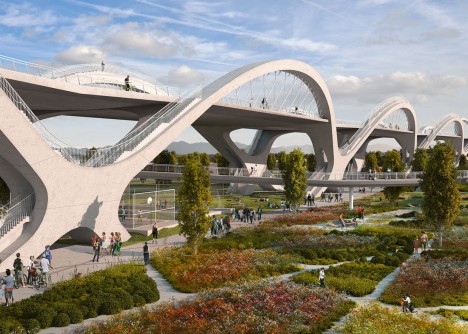 The architects are clearly cognizant of the landmark they are replacing, and, in a way, are preserving its visibility through these repetitive forms, which actually extend much further out on either side than the original arches. 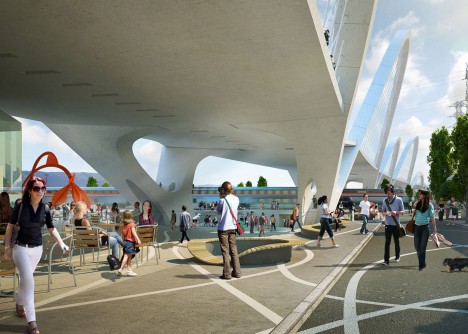 From the architects: “The project foresees a multi-modal future for the city, one that accommodates cars, incorporates significant new bicycle connections, and also increases connectivity for pedestrians to access the viaduct, not only at its endpoints, but along the entirety of the viaduct, linking the bridge, the Los Angeles River, and future urban landscapes in a more meaningful relationship.” 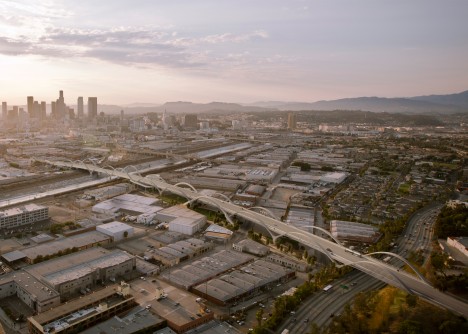 “These pairs of repeated concrete arches and cable-supported roadway deck are simultaneously elegant and efficient. The design approach unifies and optimizes the architecture of the viaduct through repetition, creating a unique configuration through the repeated use of arches, roadway and pier forms: an iconic structure.”