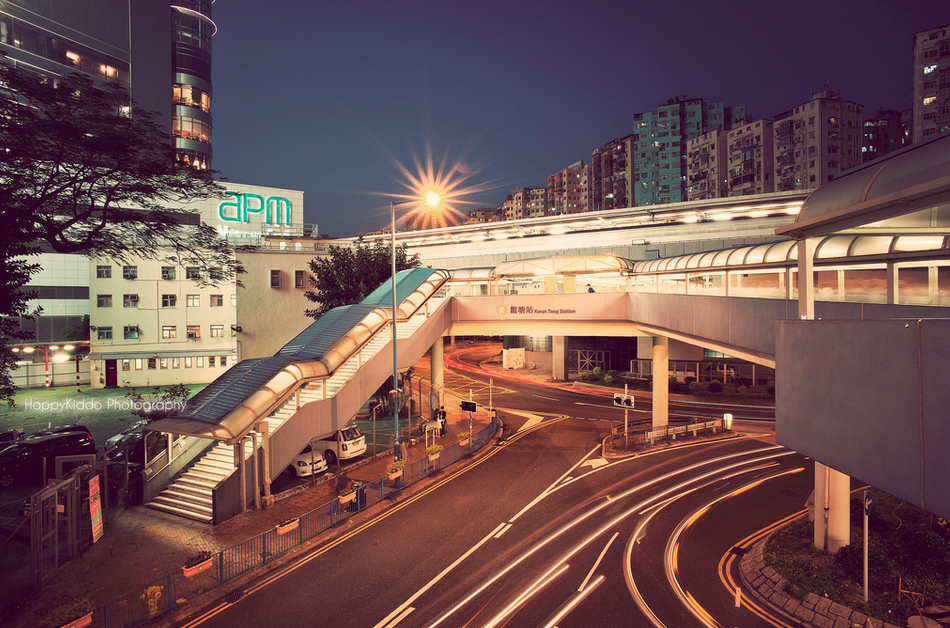 Between raised walkways, subways, ferries, cable cars, a multi-block outdoor escalator and extensive double-decker bus system, it is possible to traverse a huge swath of Hong Kong without even touching the ground (photo above by HappyKiddo). 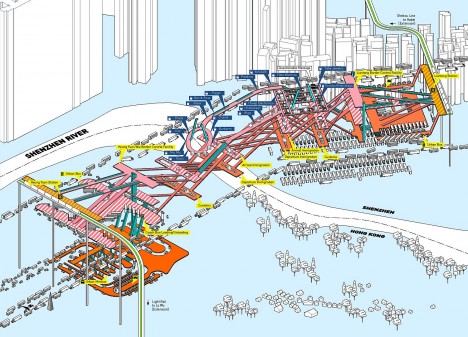 At the same time, it is hard to find maps and illustrations of this vast urban phenomena – at least outside of Cities Without Ground: A Hong Kong Guidebook, which maps 32 networks of pedestrian paths above and below the surface. 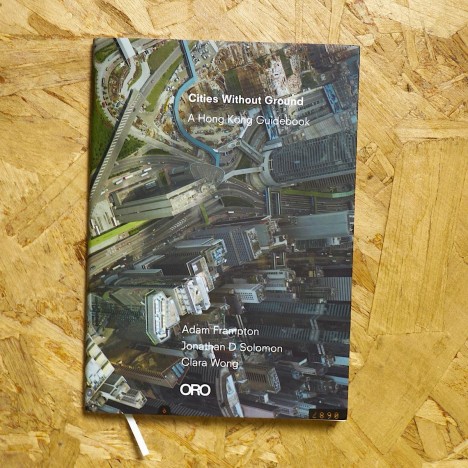 Architects and authors Jonathan D Solomon, Clara Wong, and Adam Frampton (through ORO Editions) documented these interconnected systems in amazing detail. As Kevin Kelly writes, the book captures the essence of a sort of shadow city: “Beneath and between the gleaming skyscrapers built over the cramped confines of Hong Kong proper are miles of subterranean malls, passageways, stairs, subway stations, parking garages, escalators, skybridges, and food courts.” 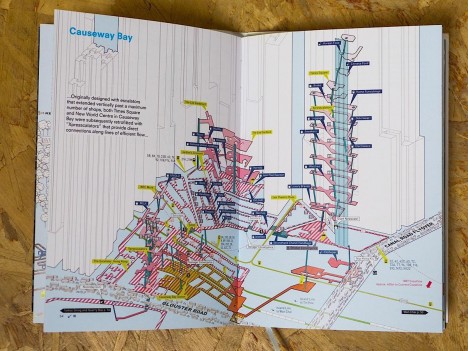 Like aged cities themselves (or water-carved catacombs or piecemeal-generated anthills), these networks were not designed as a whole. Rather, they developed organically over time via both private and public initiatives, slowly forming a convoluted but beautiful and evolving patchwork of voids with various degrees of privacy and accessibility. 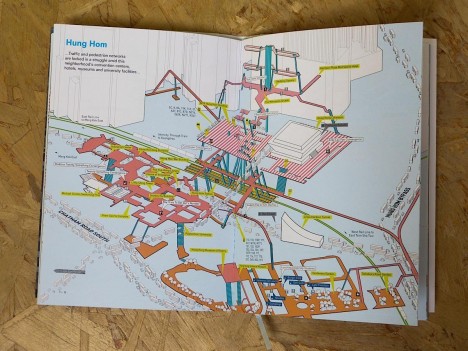 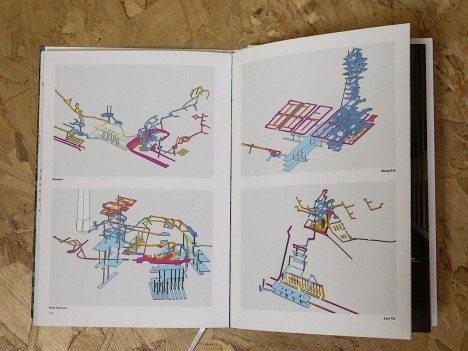 If you do visit Hong Kong, try this for a start: take the escalator all the way up and back down the steeply-sloped hillside. Or: break off just before the bottom and stay on second-story walkways as far as they will take you. If you get stuck, instead of descending just to street level, go underground and see how far you can make it via subterranean passageways. If all else fails, hop on a bus, ferry or subway. You may be amazed at how far this combination can take you. 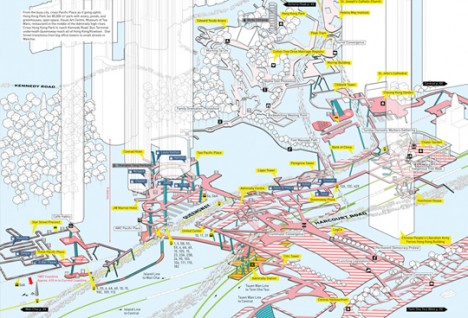 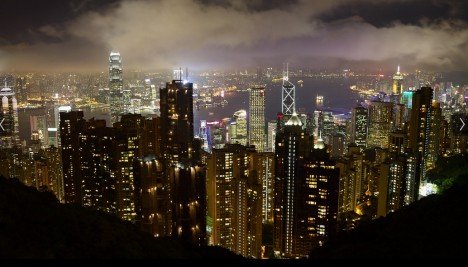 More about the book from the official description: “Hong Kong is a city without ground. This is true both physically (built on steep slopes, the city has no ground plane) and culturally (there is no concept of ground). Density obliterates figure-ground in the city, and in turn re-defines public-private spatial relationships. Perception of distance and time is distorted through compact networks of pedestrian infrastructure, public transport and natural topography in the urban landscape.Without a ground, there can be no figure either. In fact, Hong Kong lacks any of the traditional figure-ground relationships that shape urban space: axis, edge, center, even fabric.” (Photo by Nicolas Vollmer)