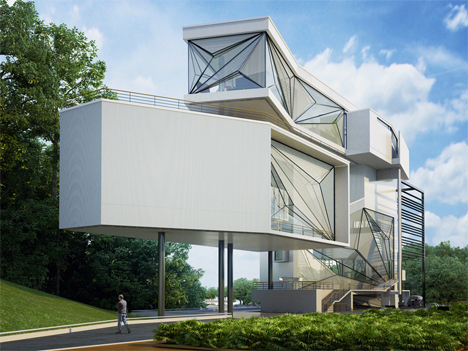 A long, narrow ultramodern residence envisioned as a composition of disassembled aviation components offers an evocative home for a retired pilot. ‘Aviator’s Villa’ by Urban Office Architecture is elevated on a hill between a lake and a swimming pool, and exposed on three sides so it feels like it’s floating on air. 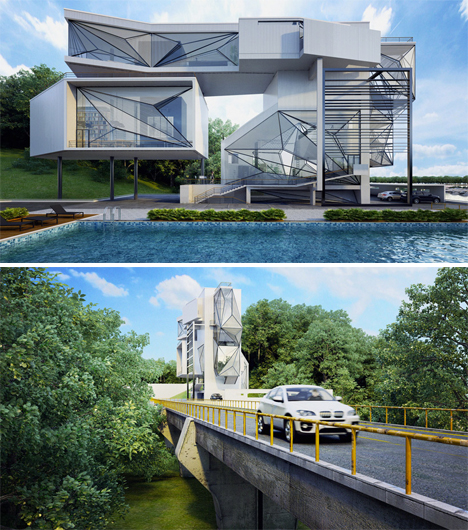 The cantilevered master bedroom juts out from the main volume of the home like the nose of an airplane, hovering over other ‘floating’ volumes conceived as abstracted clouds. You might expect a smoother silhouette from a plane-inspired structure, but the architects deliberately gave it a “twist and torque” to simulate the way a plane steers through air currents. 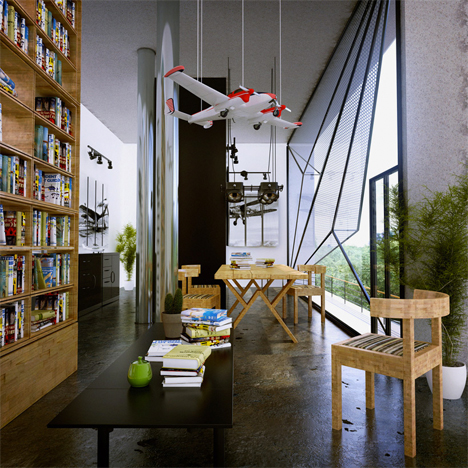 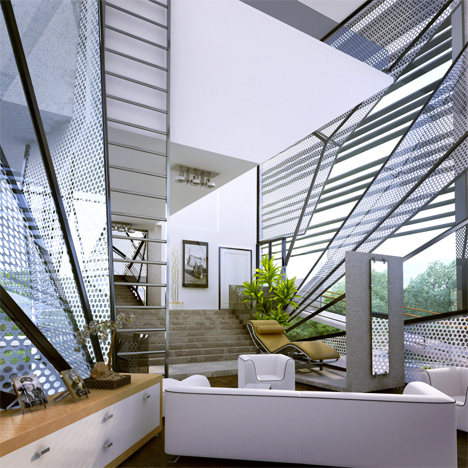 The house consists of three primary spaces including a thirty-foot-tall living area and kitchen, the 40-foot bedroom, and the library. Between the two separate structures are a series of hidden spaces revealed during the ascent up a circular staircase. 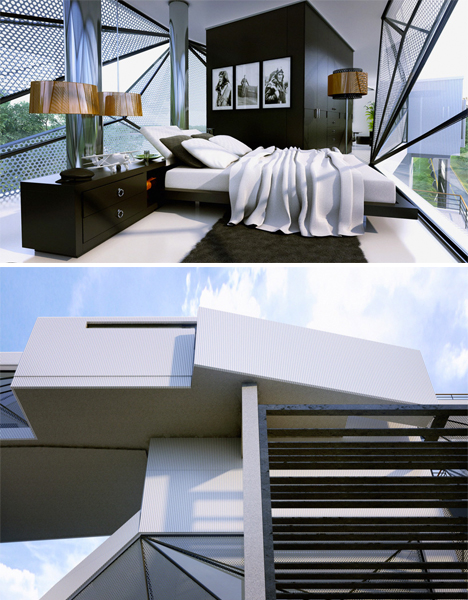 Throughout the villa, little details echo those found within a plane, like the riveted metal frames around the windows, and perforated metal screens  that filter harsh direct sunlight the way clouds do in the sky. The sharp, geometric panes of glass that make up the windows are meant to recall the angles found within a cockpit.