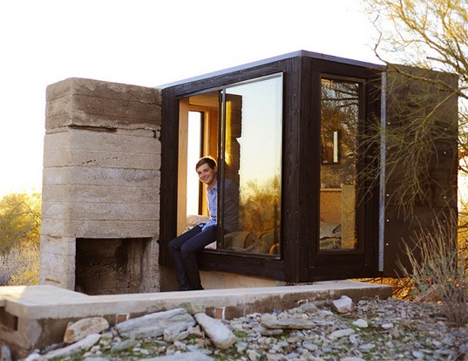 Gleaming glass, oxidized steel and matte black wood contrast with the rough concrete ruins of an old miner’s shelter found in the desert near Scottsdale, Arizona. ‘Miner’s Shelter‘ was designed and built by Dave Frazee of Broken Arrow Workshop as part of the Frank Lloyd Wright School of Architecture’s student shelter program, and is situated to take advantage of the remote natural environment. 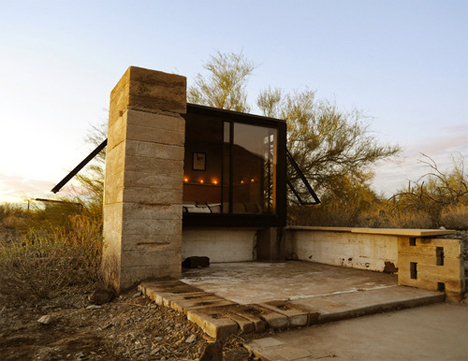 Intended to serve as a rustic shelter for respite and relaxation rather than as a permanent dwelling, the off-grid structure is just large enough to accommodate a bed, sticking to the limited size of the concrete pad discovered there. The existing concrete chimney was incorporated into the design, which frames views of adjacent mountains and the Phoenix Valley. 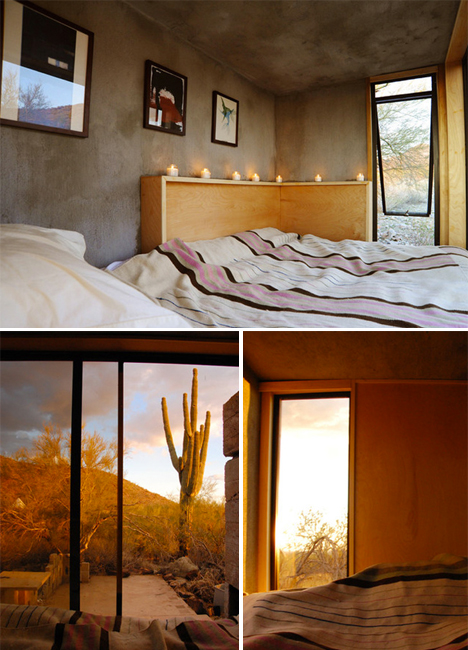 The backside of the shelter is covered in oxidized steel panels that help it blend into the warm desert tones of its setting. In the distance are several similar student shelters, some still in use and some in ruins. 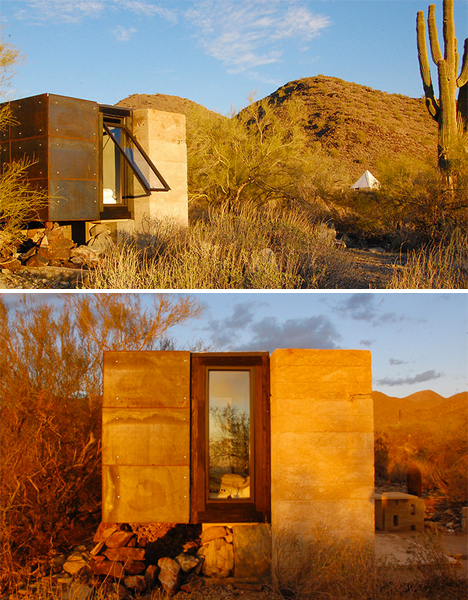 Wright spent every winter of the final two decades of his life camping in a tent-like structure in the desert before starting the tradition of building permanent, modern structures through Taliesin West, the Arizona branch of his architecture school.  The program “demonstrates how climate, building materials, site orientation, and client needs and preferences inform design choices based on the tenets of Wright’s organic architecture.”