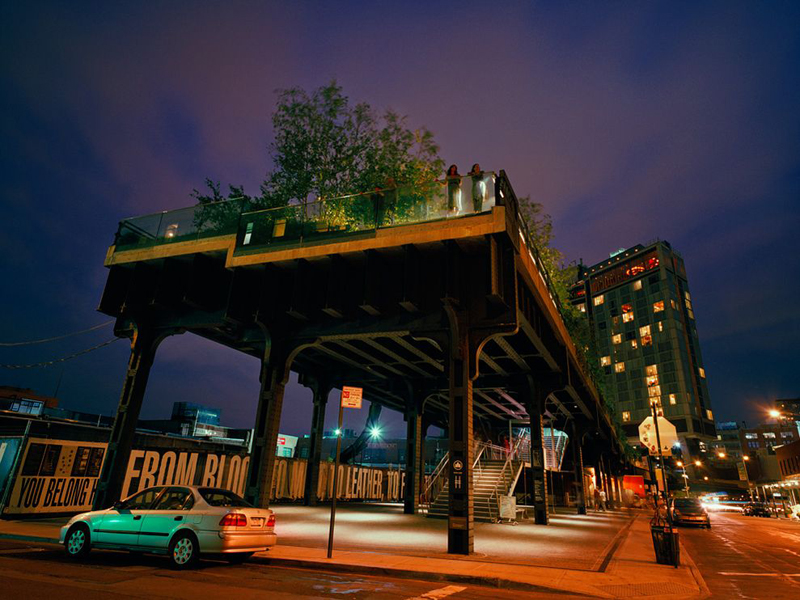 Following in the footsteps of the United States’ largest urban center, the 2nd and 3rd most populous cities in the country are each (respectively) developing and building extensive elevated parks, inspired in part by the success of The High Line in NYC. 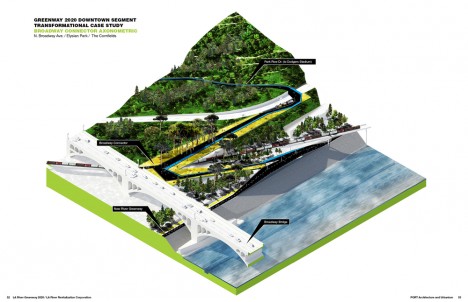 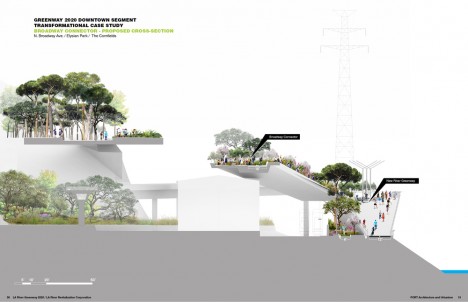 On the West Coast, Los Angeles has a plan to connect and create 50 miles of continuous bike and walking paths through the city. Over half of these segments are completed but the whole is not yet contiguous, forcing cyclists and pedestrians through dangerous crossings and other workarounds. 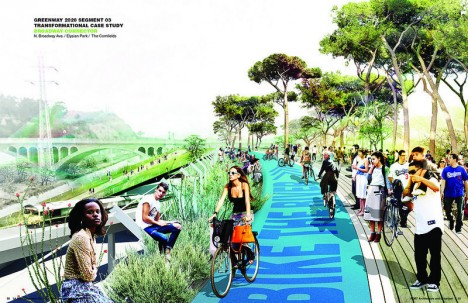 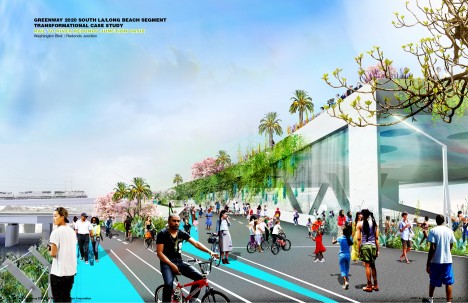 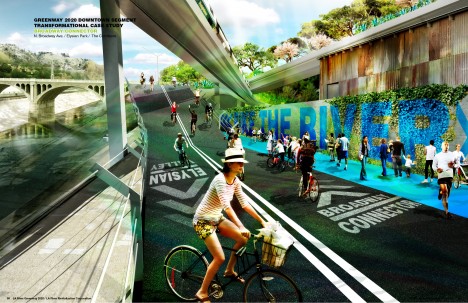 Ramping up support for the last few years, the LA River Greenway 2020 project includes provisions for public space as well as private enterprise, with everything from gathering and performance areas to dining venues, yoga classes and bike-in movie theaters in mind. 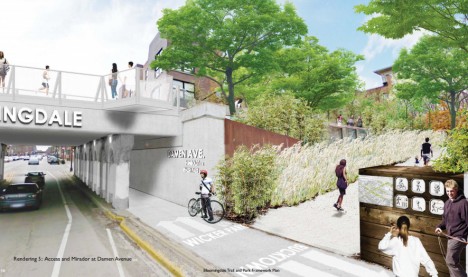 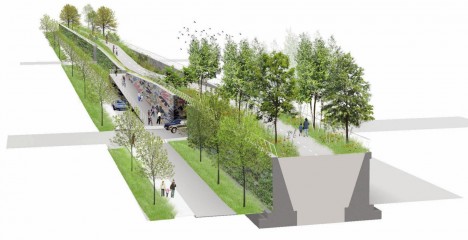 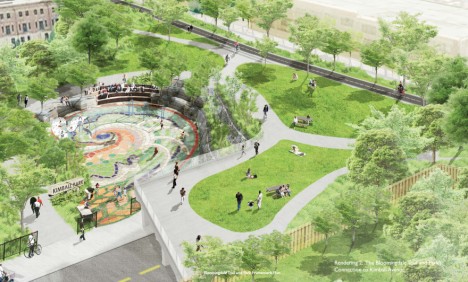 Meanwhile, in the Midwest, Chicago’s Bloomingdale Trail is the centerpiece of a larger plan dubbed The 606. Already midway through construction, much of the multiple-mile trail follows existing east-and-west-running railroad tracks set a story above street level.