The Nest by a21 Studio 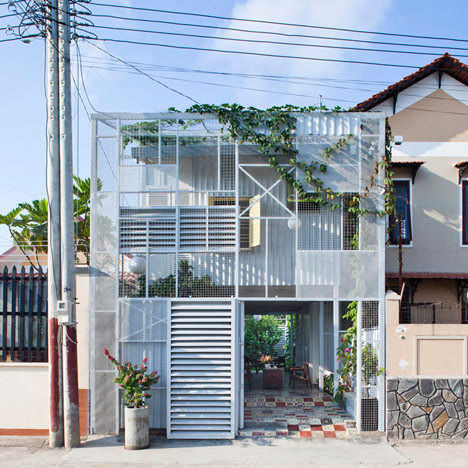 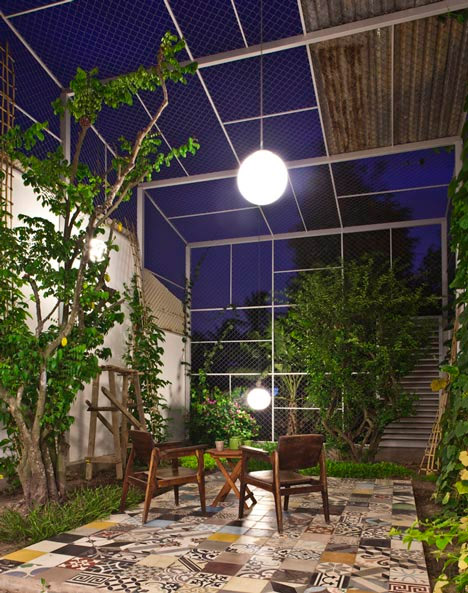 A gridded metal facade of varying types of mesh and panels updates a home in Vietnam by a21studio, acting as a support for climbing plants. The screen gives the home a sense of privacy and creates small greenery-filled outdoor spaces between the home itself and the world beyond. 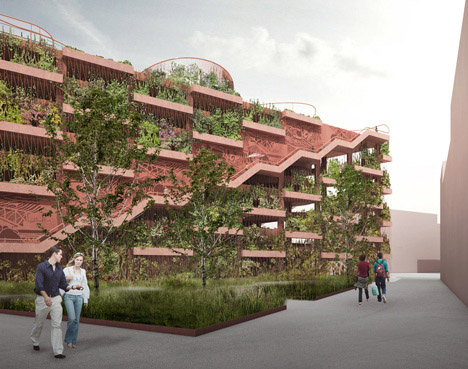 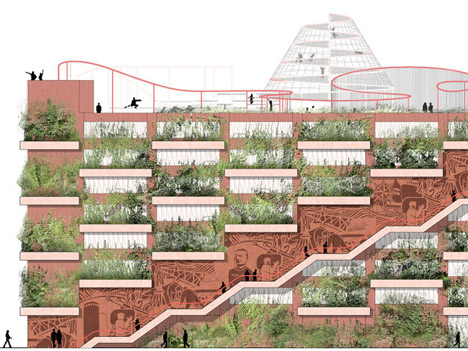 Eyesore parking garages that occupy large chunks of urban space for a single purpose could be a thing of the past if the Park n’ Play concept by JAJA Architects ever catches on. Developed for Copenhagen, the design features a plant-covered facade that hides cars from view, and external staircases leading to a landscaped rooftop park open to the public.

Firma Casa: A Shop Covered in Thousands of Vases 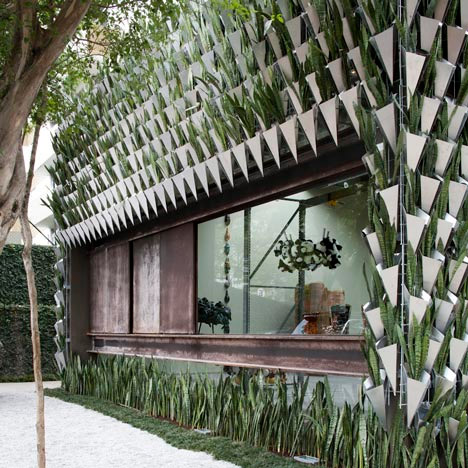 Thousands of angular vases filled with covered plants cover the two-story facade of the Firma Casa furniture showroom in Sao Paulo, Brazil. Mounted to a wire grid that wraps the building, the faceted containers hold 9,000 seedlings of the plant known as Espada-de-Sao-Jorge, also known as Snake Plant. 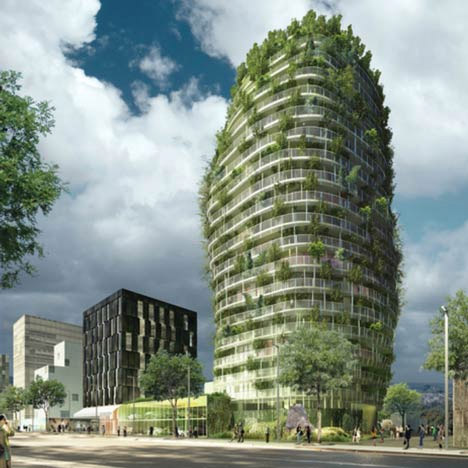 Stainless steel tubes integrated into a mesh balcony system will play host to plants that have adapted to thrive in rocky crevices at the Tour Vegetale de Nantes, a skyscraper design by architect Edouard Francois. The tube system and specialized plant choice minimizes maintenance and prevents the plants from entirely blocking views from the inside. Planned for the French city of Nantes, the mixed-use building will contain shops, offices and housing.