Aiming to change the nature of zoo experiences for species on both sides of the glass, Zootopia radically reverses traditional layouts and changes conventional expectations. It almost looks as if the humans were on the display while the animals are given the most space possible to roam. 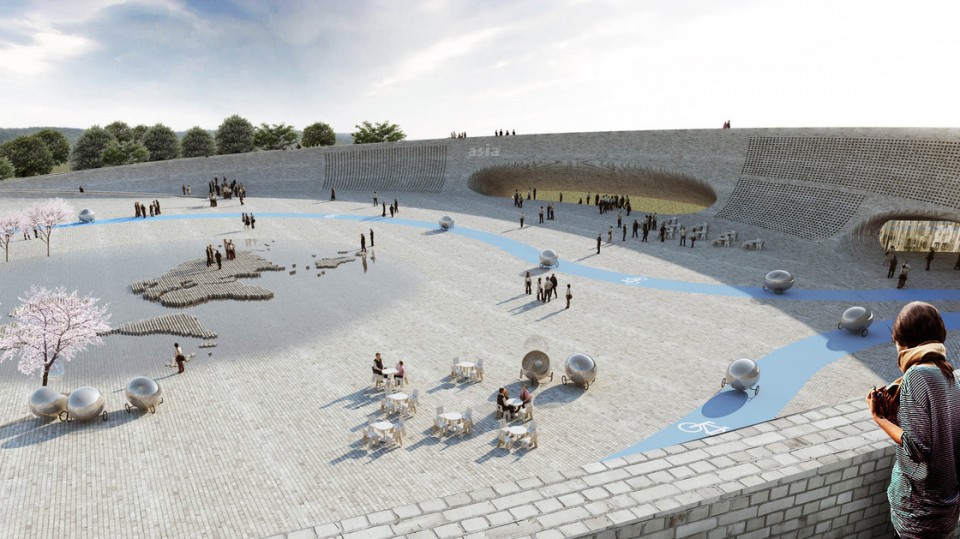 Being created in conjunction with the Givskud Zoo and Safari Park in Denmark, this architectural design by Bjarke Ingels Group (BIG)  is in part a response to some long-standing criticisms of zoos, attacked for putting animals into barred, walled and windowed boxes. 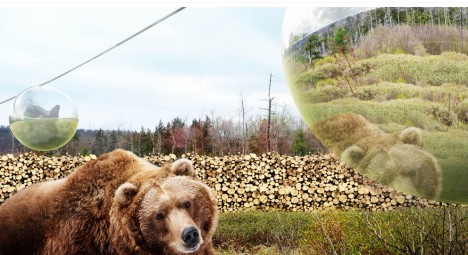 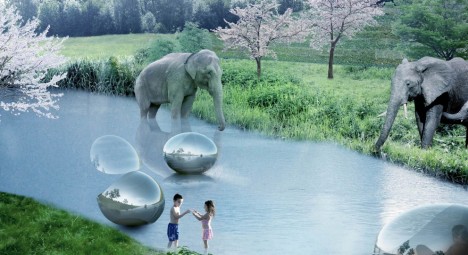 Instead, this architecture is meant to disappear, with barriers becoming effectively invisible and the experience more seamless for humans and animals alike. Rolling hills and strategic rocks replace over dividers, creating an environment that looks, feels and ultimately is more natural. 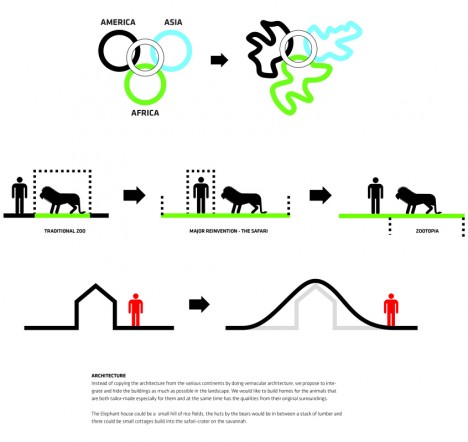 Additionally, habitats are being designed around the spatial needs and social desires of individual species, granting them the freedom as well as privacy required for each animal type to both survive and thrive. 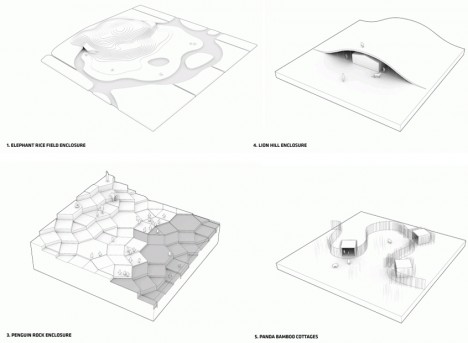 For visitors, a central entrance gives a wide view in all directions to section spinning out from the middle and representing various climates and regions. Travel through the zoo will happen on foot but also by bike, boat and sky car. 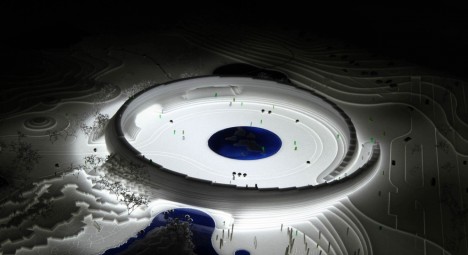 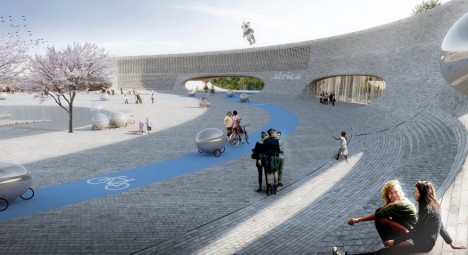 The idea itself is not entirely novel – there are many drive-through zoos and wildlife refuges that attempt to simulate more organic conditions and break down barriers between humans and the animals they are visiting. Still, for a large-scale zoo, this approach is rare is not unprecedented in its aims and scope.