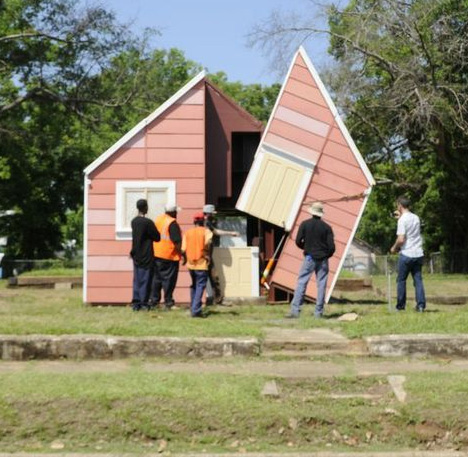 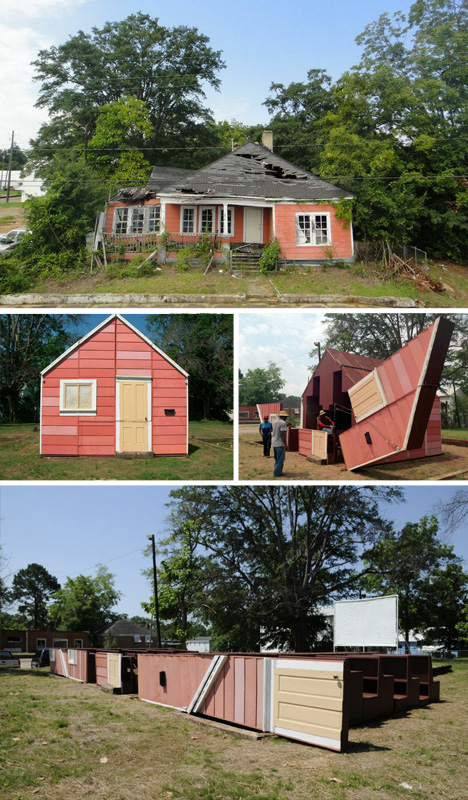 An abandoned conventional A-frame home, which had turned into an eyesore in York, Alabama, is now a convertible stage and seating for over 100 people thanks to a creative conversion by Matthew Mazzotta. ‘Open House’ took all the pieces of the original home and used them to create a theater space that opens like a child’s toy.

Rotating D*Haus Turns Inside Out for Summer 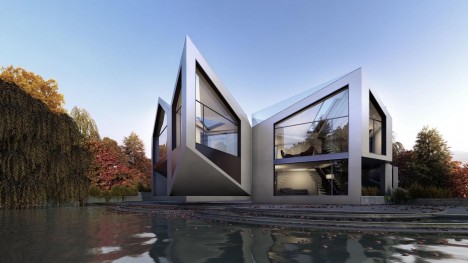 Taking cues from a mathematical problem, the D*Haus can fold itself into eight different configurations to alter the amount of heat and sunlight that enters the interior, and change the views. Thick, insulating walls protect the occupants from cold in the winter and then change place with glazed panels during the summer to increase the exposed surface area. 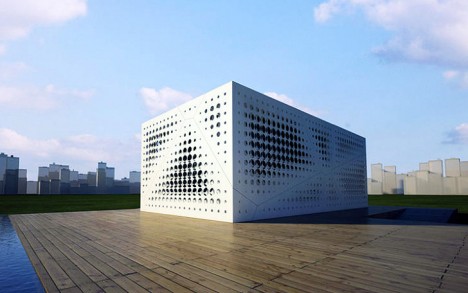 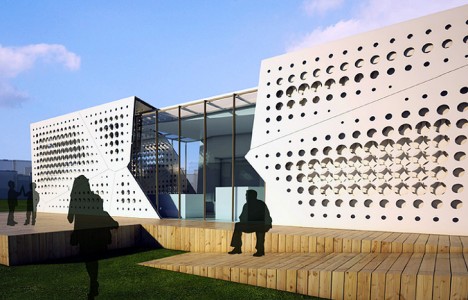 A perforated facade alters the amount of sunlight that enters an interior in the SLIDES house, the American University in Cairo’s entry for 2012’s European Solar Decathlon. Aiming to maximize solar power efficiency and sustainability, the house features a double-layered facade of interlocking perforated pieces, the outer panels sliding to adjust the sunlight exposure. Each side of the house can slide out in a matchbox-like motion. 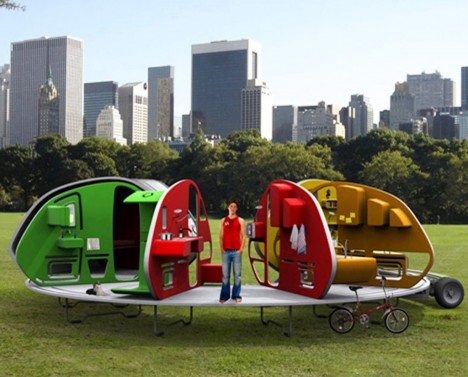 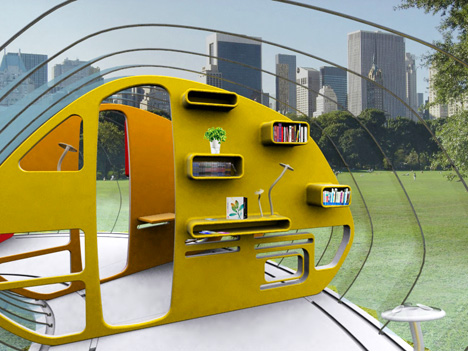 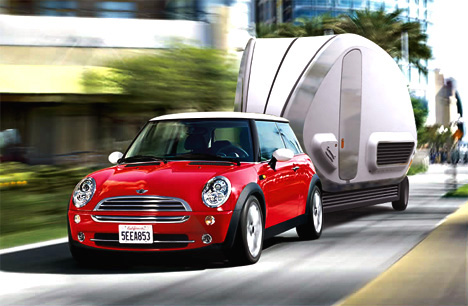 If a tent or camper just isn’t roomy or modern enough for you while on the road, perhaps the Mobile Mini House by Stephanie Bellanger is more up your alley. Walls and floors run on rails upon a semi-circular platform, pressing flat against each other when not in use or opening to expand various rooms. It can be opened to the air, or closed up with a sliding screen when it’s raining.