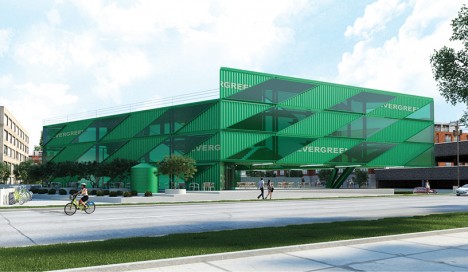 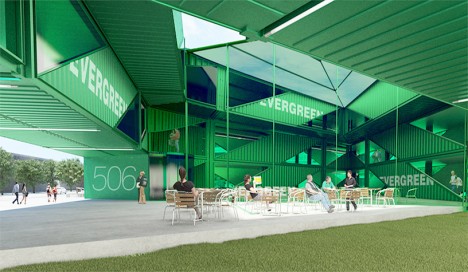 Designed for an industrial area in Minneapolis that’s currently undergoing urban renewal, the STEELCASE structure is a 16,500-square-foot mixed-use commercial building that will house offices, restaurants and retail space. It’s made up of sixty 40-foot shipping containers, some cut at 30 or 60 degree angles, combined to form a 100′-x-100′ rhomboidal donut shape. 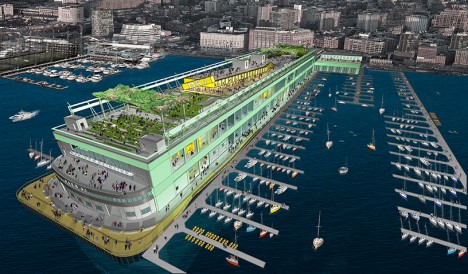 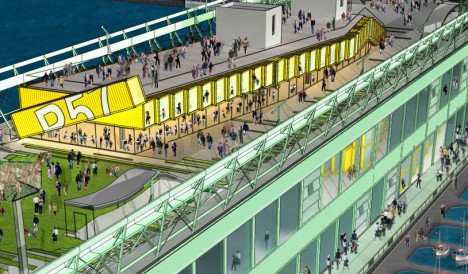 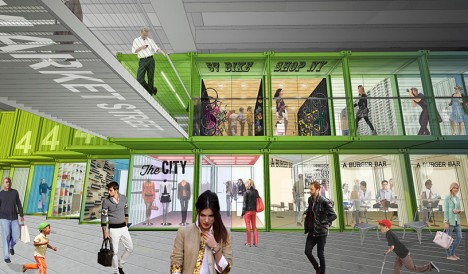 New York City’s Pier 57 could be entirely transformed into a ‘Superpier,’ envisioned by LOT-EK as a 170,000-square-foot open-air food and retail market with New York’s first large-scale concentration of year-round, affordable work/sell space for artisans and other small businesses. It’ll also contain restaurants, a park with an outdoor movie and performance amphitheater on the roof, and a boat marina dotted with cafes. In this setting, the shipping containers integrated into the design pay homage to the industrial history of the location. 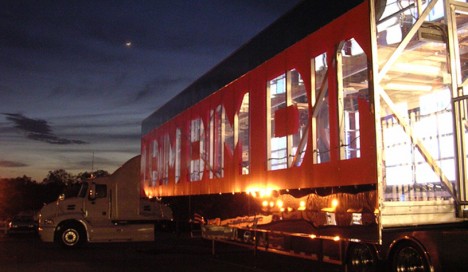 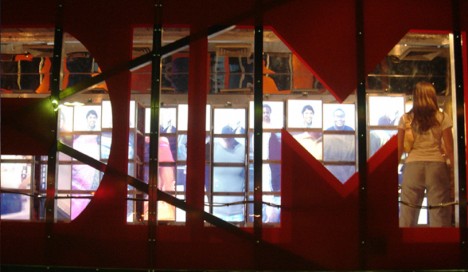 What looks like an ordinary semi-truck triples in size with the push of a button to offer a super-mobile retail unit for DIM. As both sides expand, all of the retail functions of the interior are revealed, including clothes stacks, fitting rooms and lounge seats. Space is saved by displaying clothes on a thin layer of flat-screen monitors. 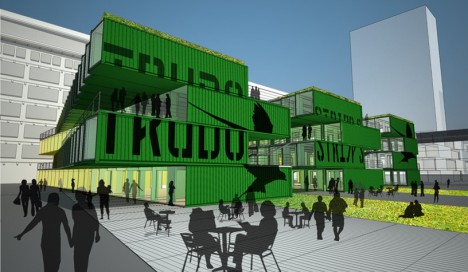 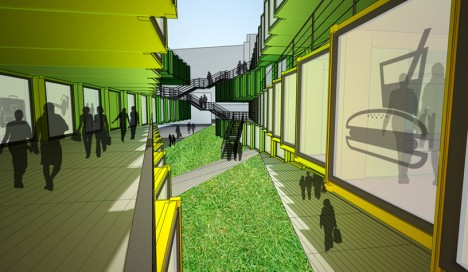 Another industrial revitalization brings a mixed-use complex to Eindhoven in the Netherlands, creating a new center of urban life that mimics the feel of a village. Four levels feature intertwining indoor, outdoor, opened and covered spaces with two courtyards. Made of 250 reused shipping containers arranged on diagonal bands to form an X, the complex will offer retail space, art galleries and studios.