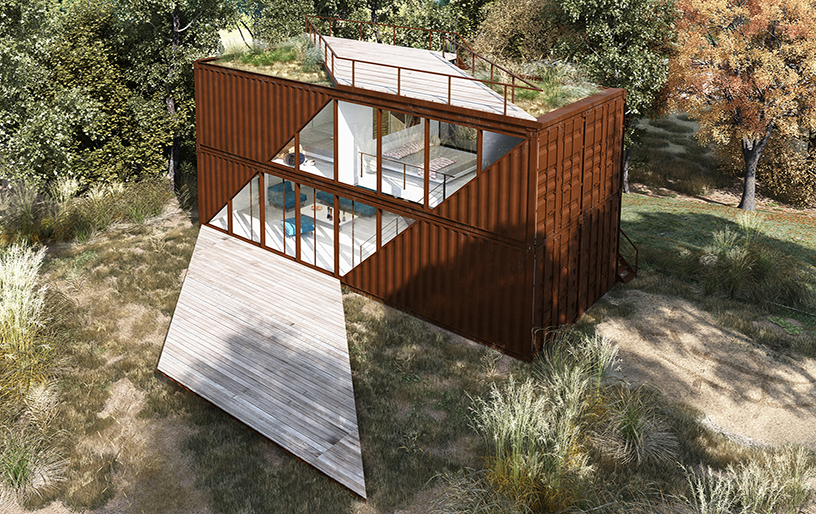 Early explorers in the realm of prefab shipping container-based architecture, design studio LOT-EK stacks these steel crates to create everything from compact homes to massive retail complexes. Making aesthetics and functionality equally important, LOT-EK gives the containers a visual dynamism while keeping its structures economical, portable and easy to assemble. 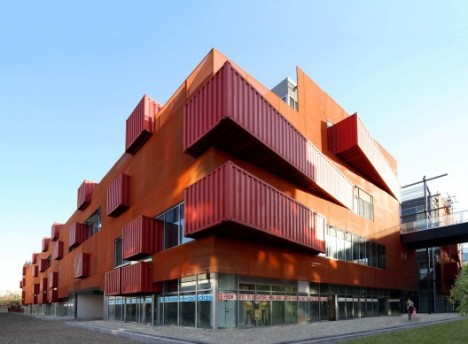 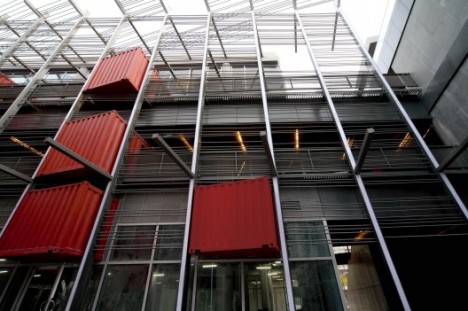 Bright red shipping containers burst out of the facade of the Sanitlun South retail complex in Beijing, “organized like a medieval village with a dense fabric of narrow alleys, low-rise buildings, elevated walkways and bridges connection all levels.” Eight-foot-wide shipping containers inserted randomly throughout the structure determine the rhythm of the whole, functioning as canopies over the retail store entrances on the exterior and functioning as small lobbies for stores on the inside. 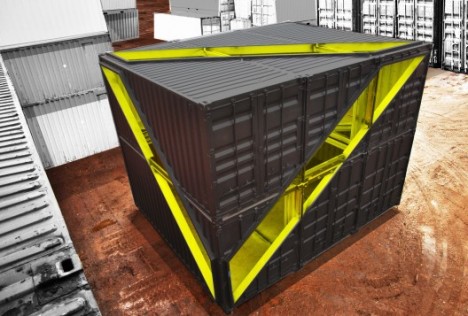 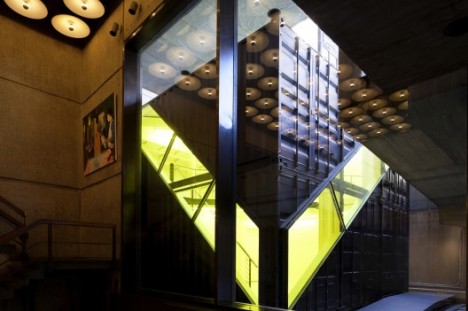 Six stacked steel shipping containers form a dense, minimalist cube functioning as an ultra-modern art studio space for the Whitney Museum of American Art in New York. The 700-square-foot, 2-story space features a vivid yellow diagonal slice running up to the roof to create a skylight. 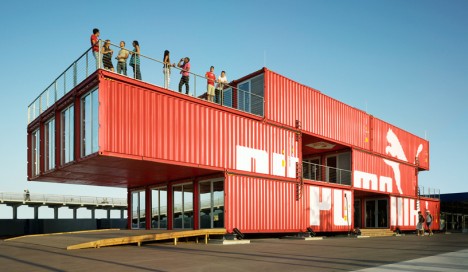 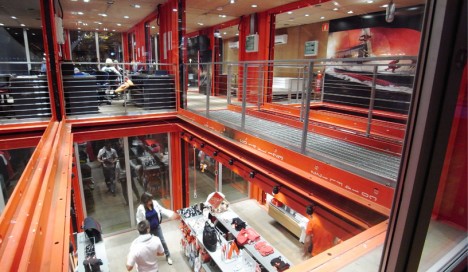 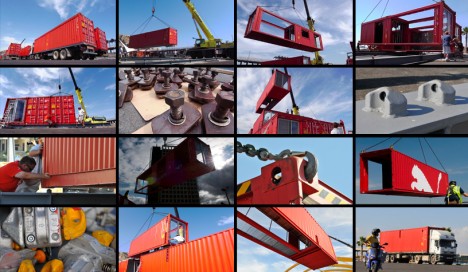 Transported from Spain to Stockholm to Boston, PUMA’s pop-up store had to be highly portable and easy to assemble and disassemble. LOT-EK retrofitted 24 shipping containers to create a retail and event building that could go from one international port to the next, but still feel fresh and dynamic and highly functional. The four-story space features double-height ceilings, a downstairs retail space, upstairs offices and storage, and a bar and open terrace on the top. 40-foot-long shipping containers along the outside join and secure the whole structure both horizontally and vertically. 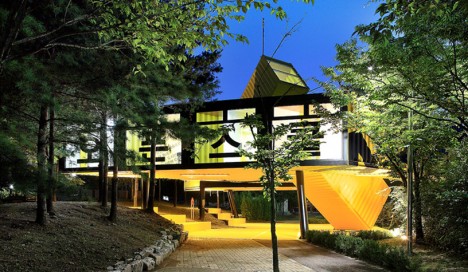 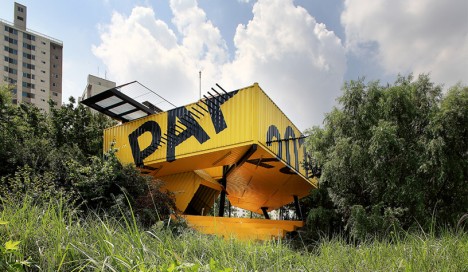 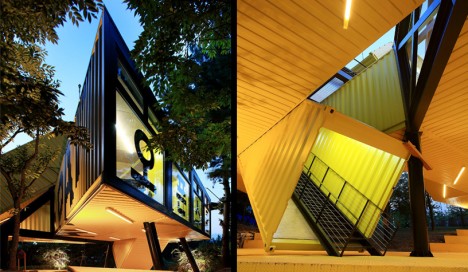 The APAP2010 OpenSchool building serves as a recreational space for a public art program at an art school in South Korea, and also as a testing ground for ‘radical container assemblies with high sculptural potential.’ 8 containers are cut along a 45-degree angle and assembled in what LOT-EK describes as “a fishbone pattern generating a large arrow-like volume lifted three meters over the landscape.” The bent container offers access from the pedestrian path outside to the upper levels of the building. 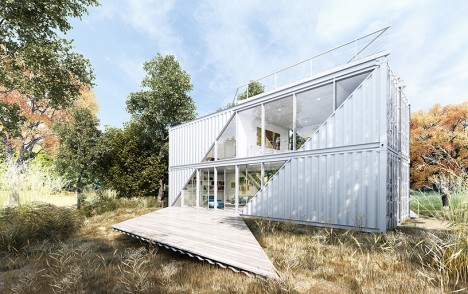 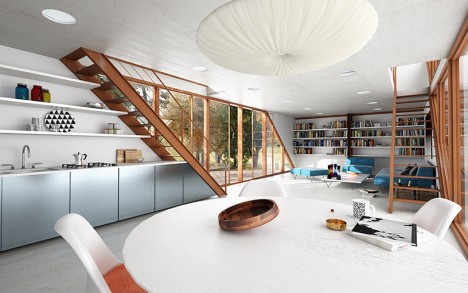 C-Home is a series of pre-fabricated homes upcycling shipping containers to provide anywhere from 300 to 1300 square feet of living space. Since they’re made of recycled materials – and shipping containers are composed of strong Cor-ten steel – they’re both affordable and durable. Folding cut-outs in the facade let in light and provide a terrace when open.