Facing threats from all sides, the Svans of Georgia became highland gatekeepers of their mountain passes, each distributed dwelling turned into a individually defensible structure. 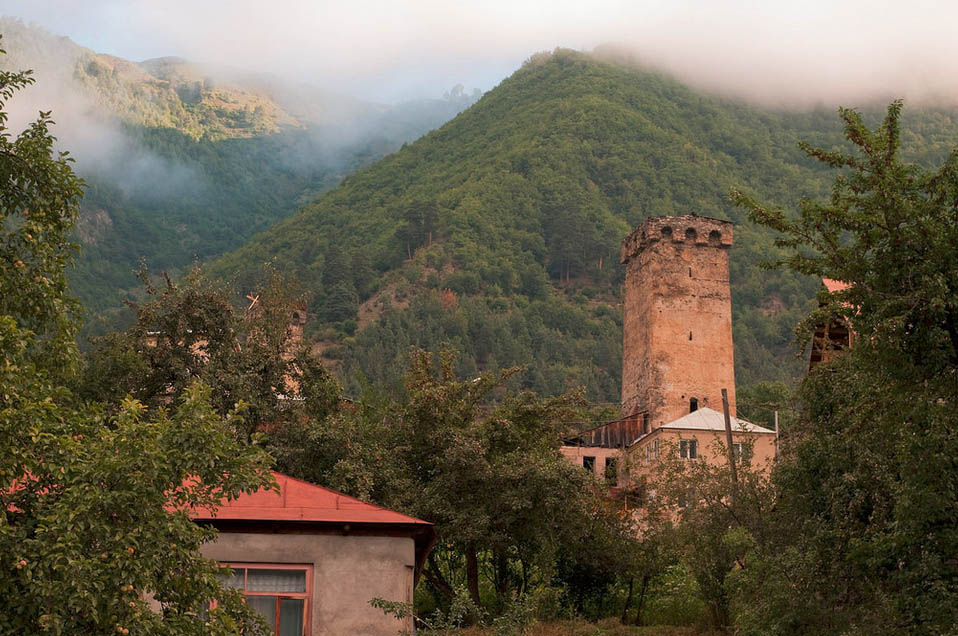 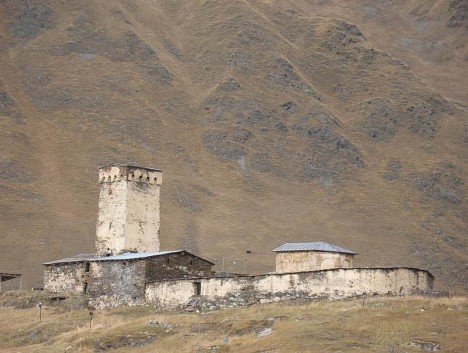 Spread out across mountainous terrain difficult to encompass with conventional fortifications, many of these ruggedized farmhouses date back over 1,000 years. Some more expansive estates are surrounded by walls with a central tower, while in other more modest homes towers simply jut up from the core structures. 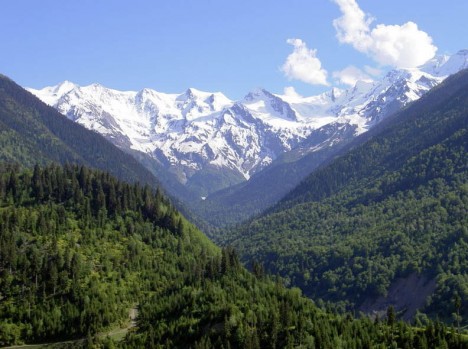 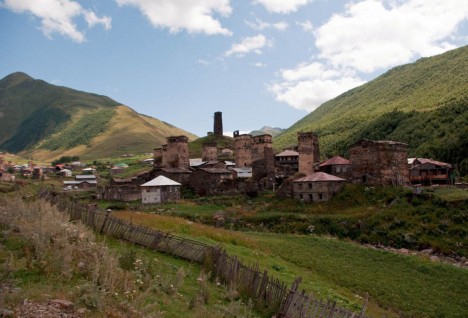 The history of the Sveti region, with its distinct culture and language, was shaped by strife. “Life was never easy in high Caucasus. Nomads from northern steppes eager to get their hands on the riches of Mesopotamia, and Empires battling for supremacy — Assyrians, Macedonians, Persians, Romans, Byzantines, Arabs, Turks, and Mongols — all clashed with fearless locals. The list of invading armies is nearly endless.” 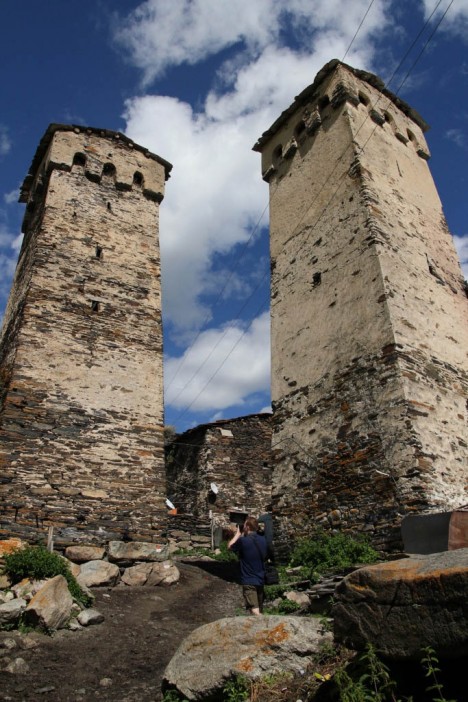 As a result of these pressing threats, houses were built to withstand invading (or passing) forces, protecting people, farm animals and other valuables. Rather than retreating behind walls or to a central keep, war-weary residents would simply bar their autonomous semi-castles. Today, many of the distinctive towers that mark the area are still incorporated into the everyday lives of inhabitants. The hundreds of towers that still remain to this day are now protected as part of a UNESCO World Heritage Site. Photos via Wikimedia and by Susan,  deguonis, jan-one and Martijn.Munneke.