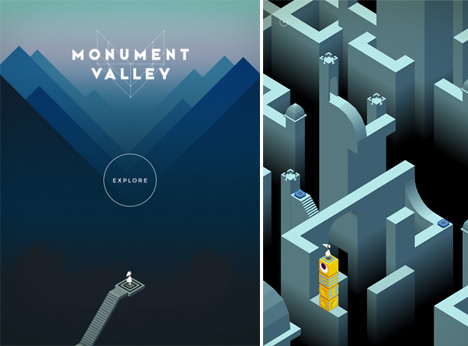 Fantasy architectural structures inspired by M.C. Escher provide a playful setting for a fun iOS puzzle game called Monument Valley. Even if you aren’t big on playing games on your phone or iPad, it’s worth checking out just for the dazzling structures alone. Each architectural landscape is like a painting you can interact with. 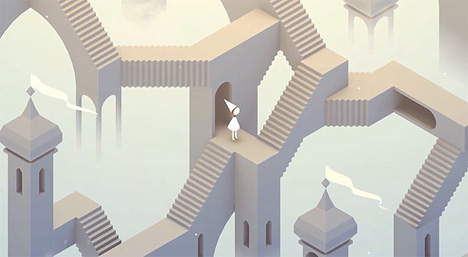 The object of the game is to solve sculptural puzzles to rescue Princess Ida, a little girl who needs to reach the top of the monuments. “There was once a princess who fell in love with geometry,” reads the press kit that comes with the game. The makers of the game include programmers with an interest in art, and artists with knowledge of programming, bringing these two worlds together to create a game that’s truly a visual wonder. Everything in the game works mechanically, but also looks incredible. 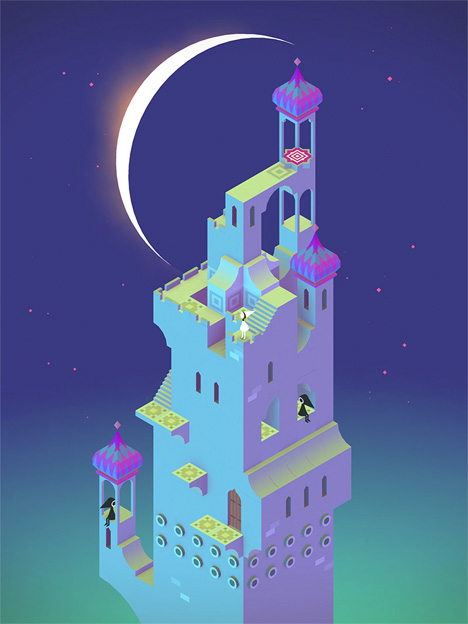 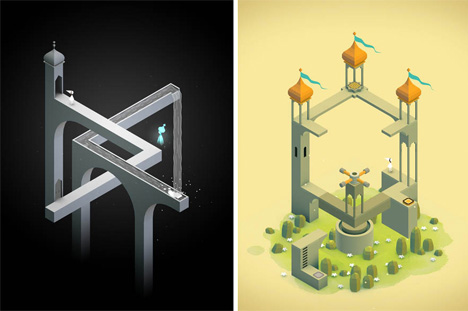 “The idea of the project was that every screen could be a work of art in itself,” says designer Paul Wong. “And so we work really hard – I think it’s a different way of approaching making a game. Every screenshot could be printed out and hung on a wall.” 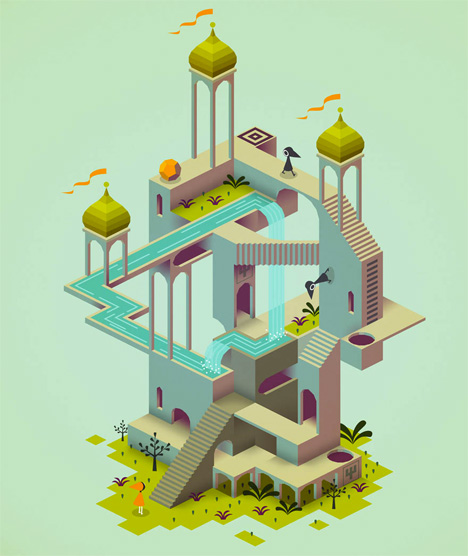 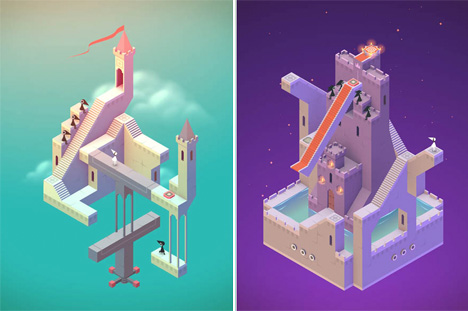 The more of the puzzles you solve, the more of Ida’s story and that of the abandoned Monument Valley you unveil. Some of the individual levels of the game are so complex, they took months to complete. Monument Valley is available via iTunes for $3.99.