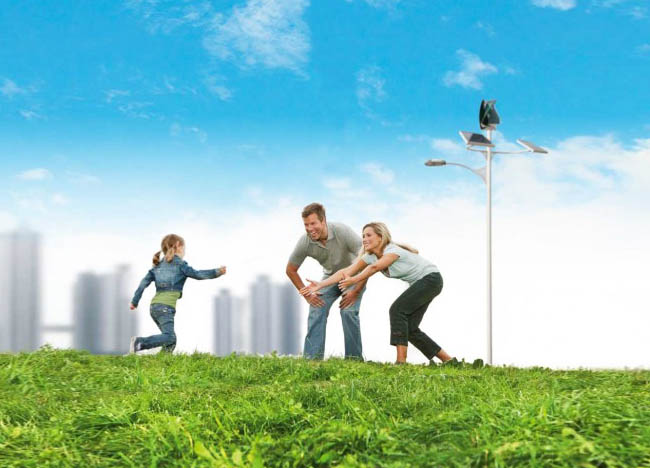 Unveiled in Spain and planned for the streets of several towns and cities in 2015 and beyond, these grid-free street lighting units are completely energy-autonomous, powered by solar and wind energy without needing to be connected to the electrical grid.

While other examples of self-sufficient streetlights exist as prototypes and installation art pieces, this system is set to be the first on the planet to be installed at scale for public use. As a working prototype, this deployment could mean big things for the future of street lighting: imagine the possibilities of being able to span rural off-the-grid stretches without requiring connective energy infrastructure. Equally promising in urban areas: with greater storage capacity these lights could even feed back into local power networks. 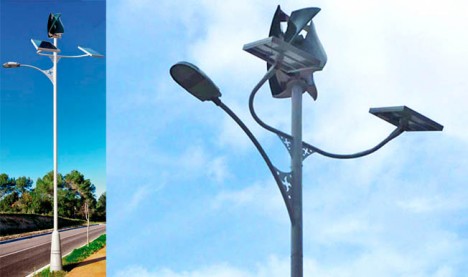 Ramon Bargalló of the Department of Electrical Engineering at the Barcelona College of Industrial Engineering (EUETIB) of the Universitat Politècnica de Catalunya (UPC) has been working with Eolgreen, a private company, to engineer the system. 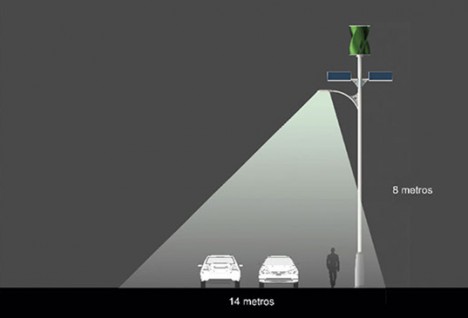 At roughly 30 feet tall, the posts feature leafy solar panels and turbines as well as built-in batteries for energy storage – relatively little wind or light are required to make the system work. Over 700 are set to be created in 2015, but the man and company behind their design are still working on increasingly efficient models for future deployment, testing and building as they proceed. An online system will allow citizens to monitor the status of the individual lampposts in the system, providing novel interactivity as well as public accountability.

From their press release: “This system, developed after four years of research, is designed for inter-urban roads, motorways, urban parks and other public areas. It is unique in the world and reduces the cost by 20% compared with conventional public lighting systems. The turbine runs at a speed of 10 to 200 revolutions per minute (rpm) and has a maximum output of 400 watts (W). An electronic control system manages the flow of energy between the solar panel, the wind turbine, the battery and the light. “