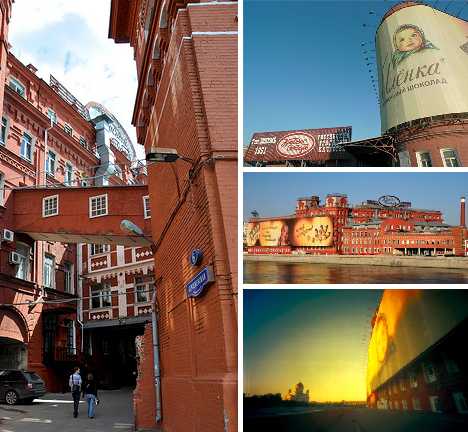 On the hunt for Red October? Then get your taste buds to Moscow and the iconic red brick Red October Chocolate Factory, where top quality confectionery packaged in jewel-like wrappers have been giving Russians sugar rushes for nearly 150 years.

The East Is… Brown? 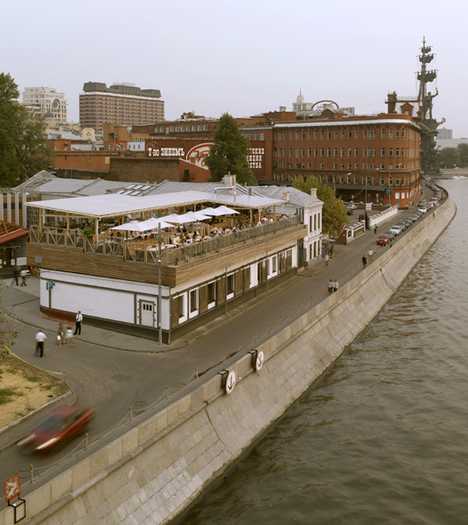 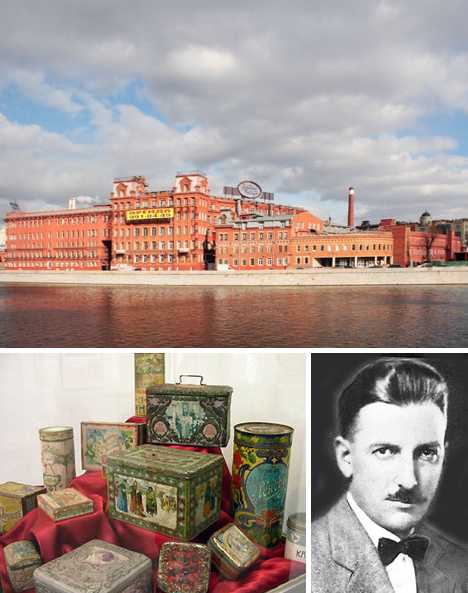 (images via: PagetBaker and Wien International)

As mighty oaks grow from tiny acorns, today’s Red October (in Russian, “Krasny Oktyabr”) chocolate factory started small. It all began back in 1851 when German immigrant Teodore Ferdinand von Einem (above, lower right) arrived in Moscow. After opening a small confectionery shop in Moscow’s Teatralnaya Square and noting his products met with Muscovites’ approval, von Einem partnered with fellow German Julius Heuss who suggested a production facility on the Sofiyskaya Embankment of the Moscow River. 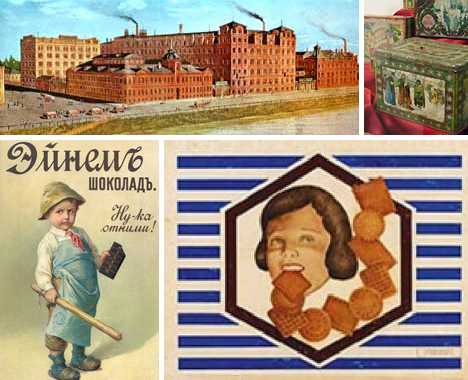 The earliest record of the enterprise was recorded in the Factories and Plants of the Russian Empire directory as: “Einem. Partnership of steam factory for chocolate and tea cookies. Year of foundation is 1867.” Time passed and von Einem sold his interest in the enterprise to Heuss, but the latter continued to employ the founder’s ideas, methods and name. 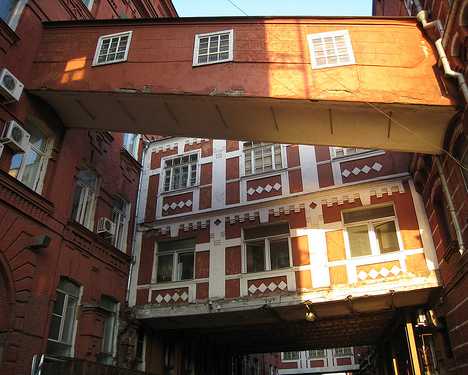 By 1913 the factory was providing chocolates and sweets to the Czar and his family. Zeppelins crisscrossed the sky over Moscow, advertising the company’s products. The factory on the banks of the Moscow River gradually expanded to include a worker’s hostel while additional buildings connected by covered walkways sprung up to cover much of the 15-acre site. Things were rolling along… what could go wrong?

In Soviet Russia, Chocolate Bar YOU! 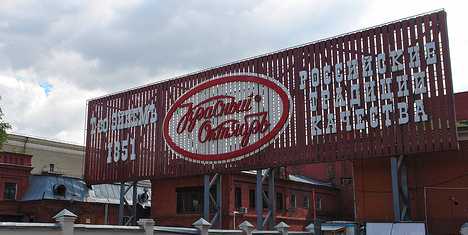 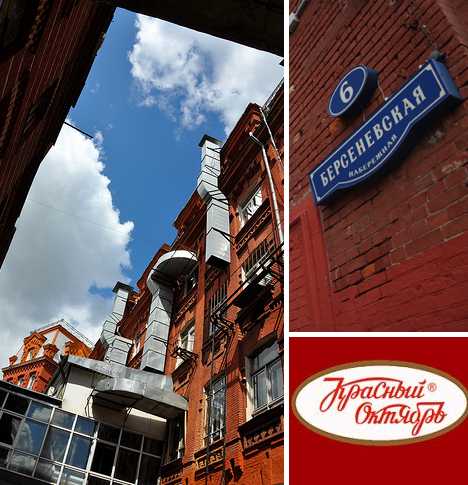 World War I, the Russian Revolution and the execution of your most notable customer (and his family), that’s what could go wrong. In 1918 the company was seized by the government of the shiny new Soviet Union and renamed “State Confectionery Factory Number One, previously Einem.” Thinking the name was overly bland and cumbersome, the title was further changed to “Red October” in 1922. 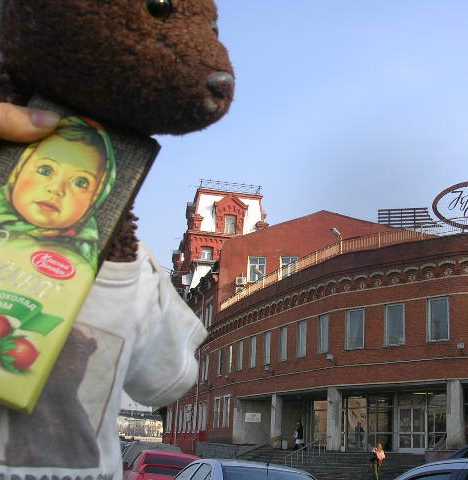 The Soviet government may have been doctrinaire but they weren’t dummies: funding was provided to import new machinery was from Europe and the product range was expanded to include brand names that are still produced today, such as Southern Nights and Stumbling Bear. By the 1930s, the Red October chocolate factory was producing top quality, exquisitely packaged sweets and candy at the rate of 60,000 tons annually. 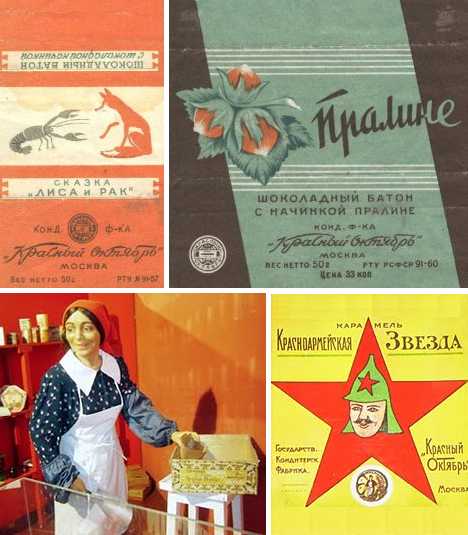 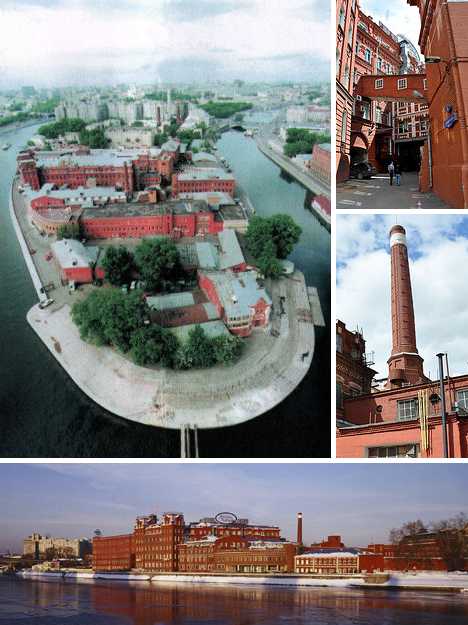 With the war over and reconstruction a priority, the Red October chocolate factory got right back to doing what it was famous for: making world-famous candy and chocolate and by doing so, showing the world that life in Soviet Russia wasn’t all gloom and doom. A generation of Muscovites retain fond memories of warm, sweet-scented breezes wafting from the factory’s many ventilation pipes. 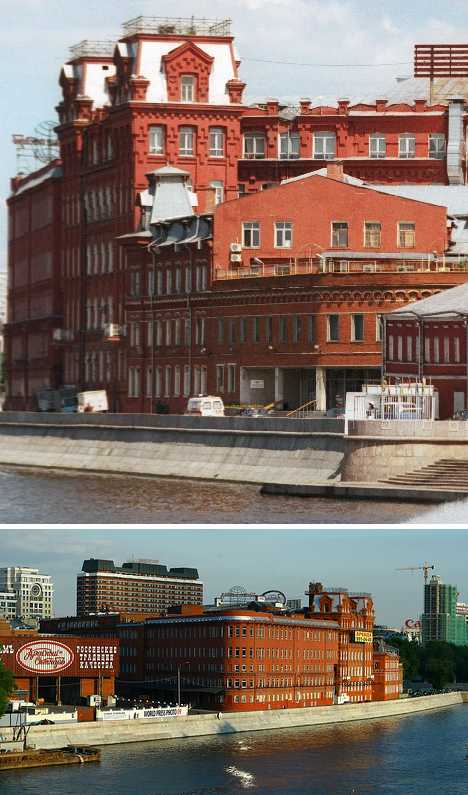 As time went by, government-funded investment in training, testing and technology saw the factory become a proving ground where the latest innovations in confectionery were perfected. Integrated mechanized production lines for hard-boiled sweets and toffee were set up, allowing the Red October brand to expand its considerable footprint on sweet-tooth’s palates. 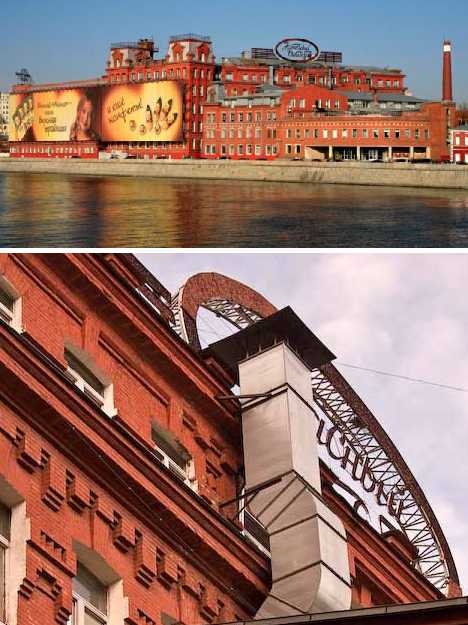 (images via: The Independent UK and Mikhail Tsypkin)

A series of large-scale modifications to the Red October chocolate factory’s main production complex conducted in the mid-1960s saw additional floors being added to the larger buildings. These additions resulted in the factory complex’s current, layer-cake-like appearance. 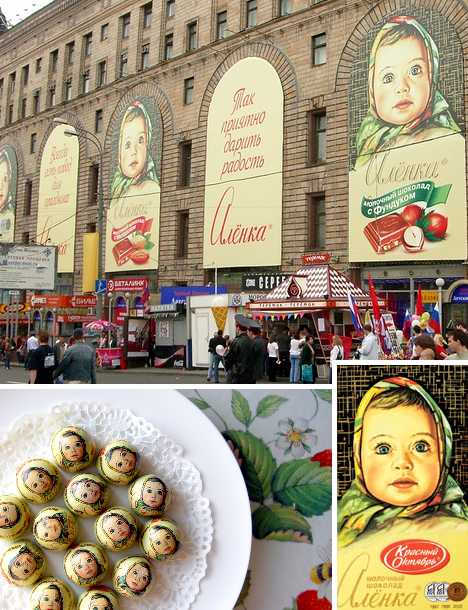 The year 1966 is a momentous one in the long history of the Red October chocolate factory, as it was the year in which the face of the company made it’s – her, actually – first appearance. “Alenka” (or “Alyonka”, Russian for “Helen”) is a little girl who wears a multicolored kerchief around her ahead and an innocent look on her face. 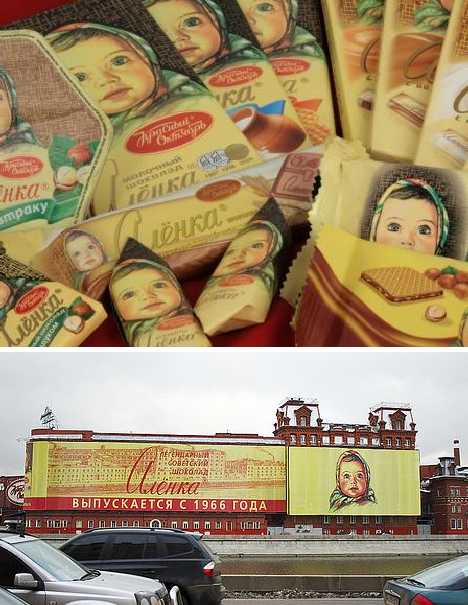 Though her origin isn’t completely clear, most versions state that Alenka was modeled on the young daughter of an artist working in the company’s advertising division. There was even a court case in the year 2000 in which a woman named Yelena Gerinas sued the Red October chocolate factory, claiming that she was the model for Alenka and had never been compensated for the use of her likeness. Regardless, the image of Alenka today symbolizes both excellent chocolate and, for many Russians, a time when their country was one of the world’s great superpowers. 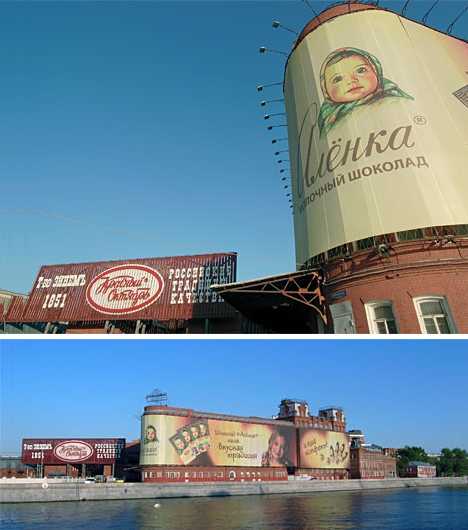 Besides the original milk chocolate bar, the image of Alenka has appeared on a vast variety of Red October chocolates, candies and confections ranging in size from bite-size truffles to massive, jumbo chocolate bars popular in Europe. 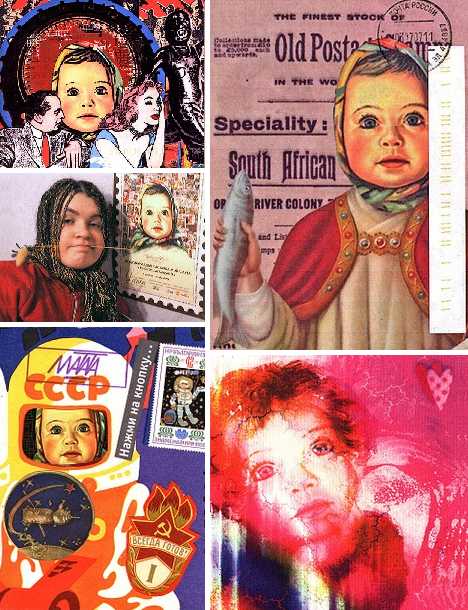 Artist and media mover & shaker Ivan Zemtsov set out to celebrate Alenka’s 40thh birthday by setting up the Alyonka Mail Art Project, in which participants would compose original artwork featuring Alenka’s iconic visage. The first “Alyonka” show was presented to public in Yoshkar-Ola Museum of Fine Arts in October 2006. Some of the works are shown above. 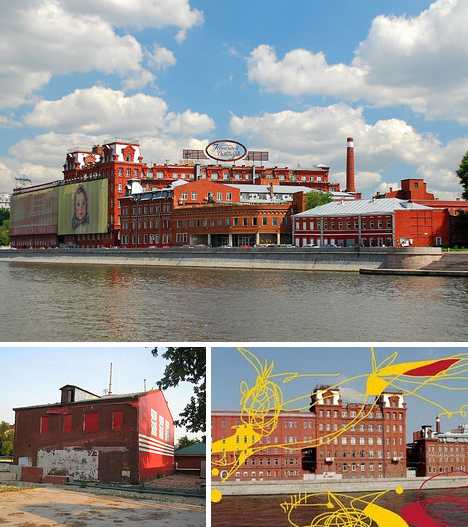 (images via: The Faster Times, Maxim Zhukov and Regia Richest)

When the Red October chocolate factory ceased operations at its central Moscow location in 2007, several proposals were put forth with the intention of converting the main buildings into high-priced apartments and lofts. The 2008-09 world financial crisis put the kibosh on those plans, perhaps thankfully, and the premises now houses a museum celebrating Red October’s wealth of history as well as hosting art shows and media events. 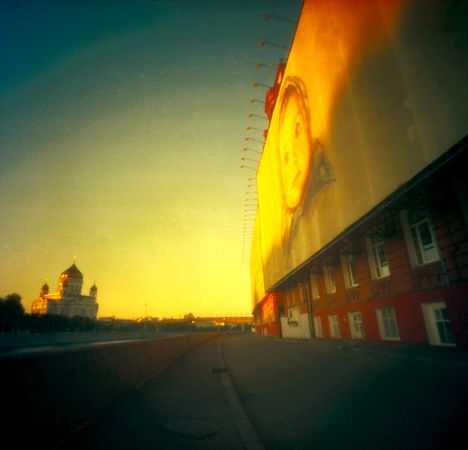 As for the Red October chocolate factory, it’s moved to a spanking new 48,000 square meter (516,685 sq ft) facility in Moscow’s hinterlands. The new factory maintains the company’s long and lustrous reputation by manufacturing 30 different types of chocolate and confectionery while employing 19,000 workers… and undoubtedly perfuming the suburban air for a whole new generation of Russians to appreciate.