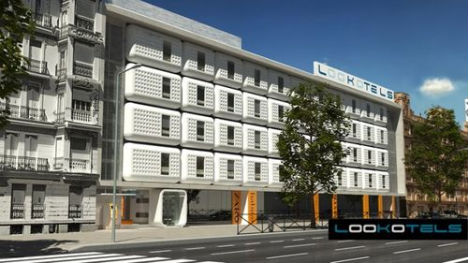 In Japan, the rooms aren’t much larger than coffins – tiny stacked pods with beds, a television, a radio and little else. But one company is seeking to take that ‘capsule hotel’ concept and make it more livable. Lookotels plans to roll out prefab modular hotels in Spain that are quick to construct and cheap to maintain, with rooms around 100 square feet. 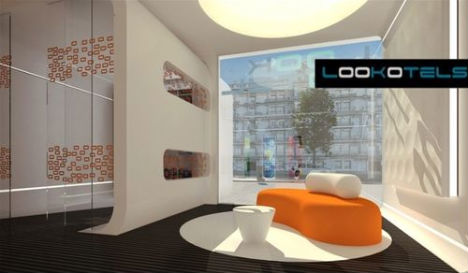 Each energy-efficient 100-room hotel will be built (offsite) and assembled within six months, offering low-cost travel lodging that emphasizes modernity and convenience with self check-in and -out kiosks. No shared bathrooms here – the diminutive sleeping quarters include their own private bathrooms as well as a sofa bed, television, desk, chair and television. A 24-hour service line allows a small staff to attend to guests’ needs. 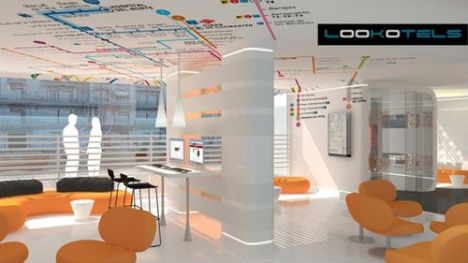 The capsule hotel movement started in the 1970s with Japan’s famed Nakagin Capsule Tower, which was scheduled to be demolished until its architect Kisho Kurokawa realized that his design could allow the modules to be ‘unplugged’ and replaced. While many such pod hotels are now more often used as low-cost homes for low-paid urban workers or the jobless, others are getting modern makeovers. The recently opened 9h Hotel in Kyoto provides just enough space to sleep for $50 a night. 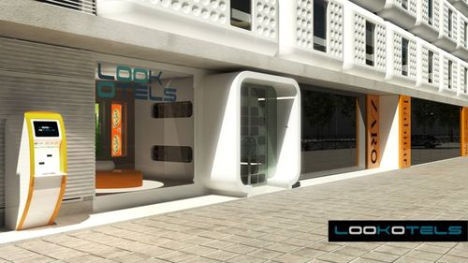 Lookotels has secured financing to build 10 hotels over the next 5 years throughout Europe, and is seeking partners in the U.S.