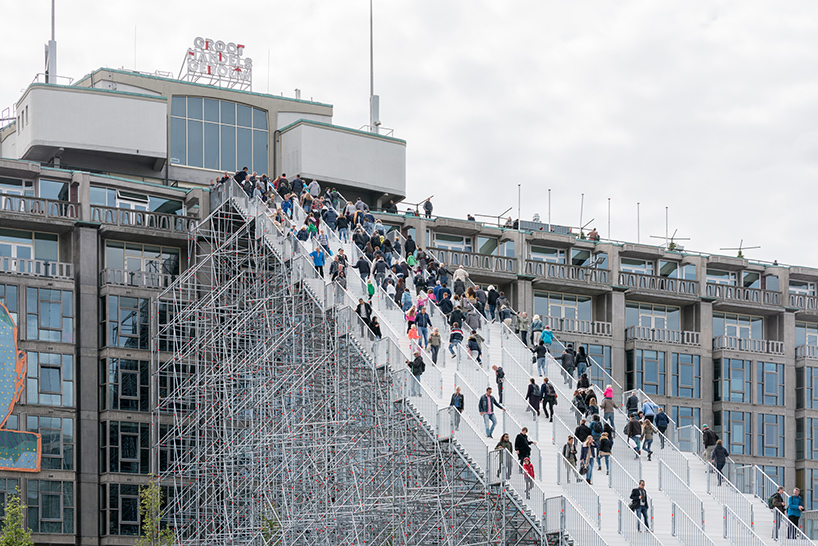 Scaffolding usually helps prevent people from getting hurt on the job. If someone is hurt while working on a construction site then they may want to see a lawyer to see if they can get compensation for their injuries. But sometimes scaffolding can be used as more than just a safety measure. Though typically seen as eyesores obscuring architecture and blocking sidewalks, scaffolding is more than its most basic function, with its modular network of pipes reclaimed for parasitic architecture, temporary pavilions, retail displays and sculptures. In fact, repurposed scaffolding is practically free, easy to assemble and surprisingly versatile, and it’s been used for everything from transforming an abandoned fountain into a spa to growing fresh edible plants in the middle of the city. 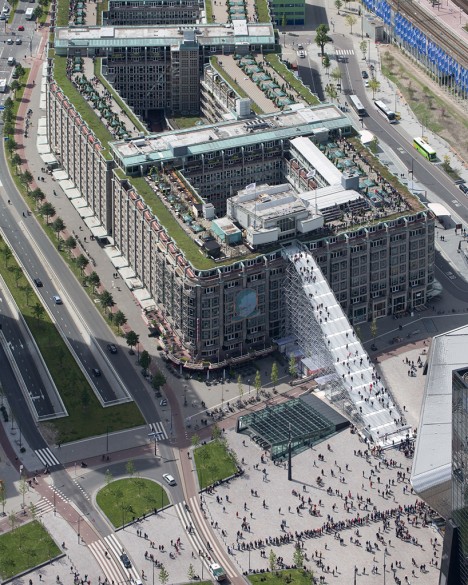 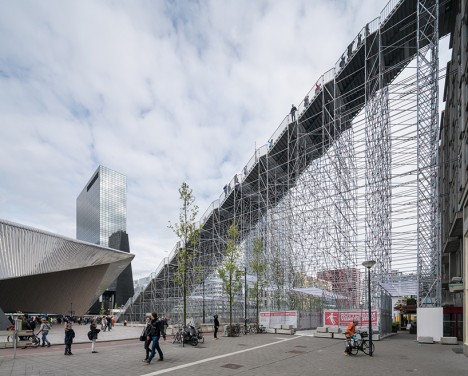 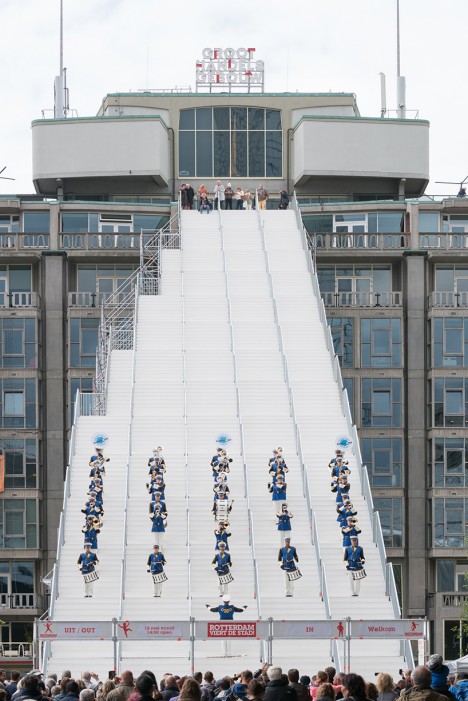 Large enough for hundreds of people to access at once, this crazy-high staircase is made almost entirely from scaffolding, offering visitors direct access to the roof of the Groot Handelsgebouw in Rotterdam. Designed by MVRDV, the installation references the city’s spirited rebuilding efforts after World War II and aims to encourage “a new, much more interactive, three dimensional and denser urban topography for the next city generation.” The 180 steps lead to a temporary observation deck and rooftop cinema, and will be open through June 12, 2016. 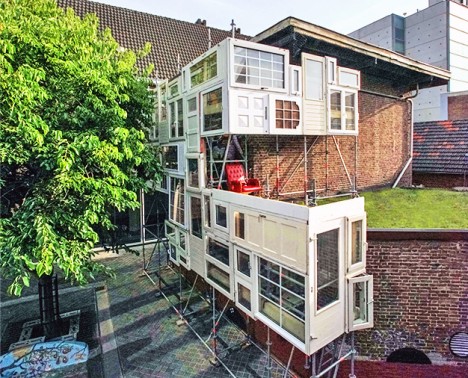 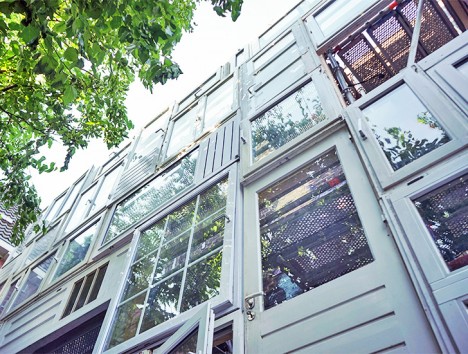 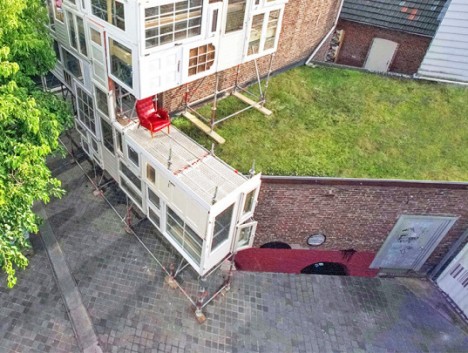 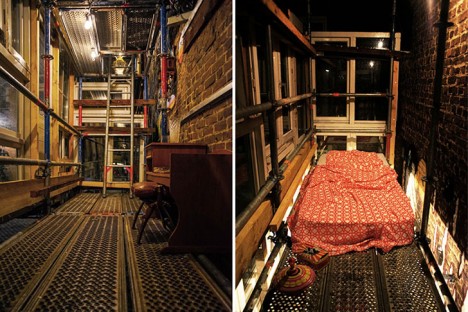 In another example of parasitic architecture, the Bow-House is a scaffolding framework covered in reclaimed doors and windows, perched on a windowless brick wall in Heerlen, The Netherlands. French architect Stéphane Malka erected the guerrilla structure as a free open shelter where anyone can temporarily live. Based on a flexible system, it can be adapted for any public space with an empty wall, and it’s made from free, reclaimed and easy-to-assemble components. 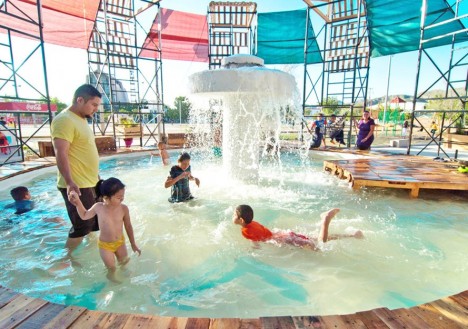 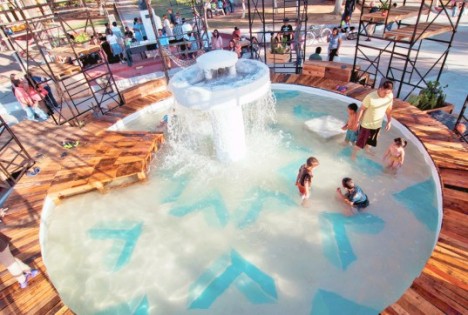 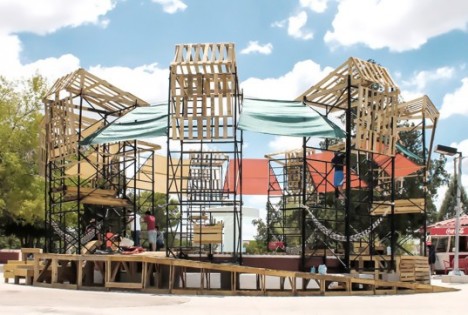 Add a scaffolding structure and a pallet deck around an abandoned public fountain and you’ve got a fun urban spa where kids and their families can escape the heat of Chihuahua, Mexico. PKMN Architectures reclaimed nearly all of the materials used for this revitalization project in Urueta Park, where the central fountain has been broken for years. It took just two weeks to design and build the pop-up creation, and the scaffolding towers that surround it support hammocks, resting platforms and textile shades. 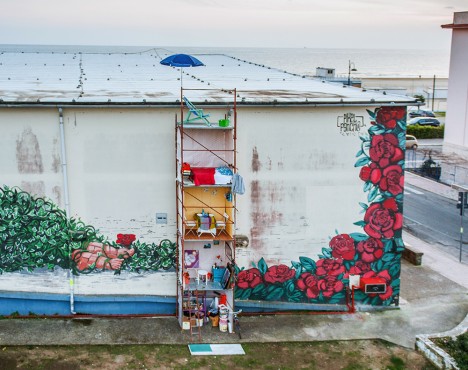 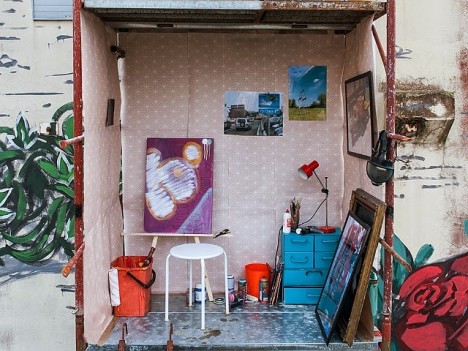 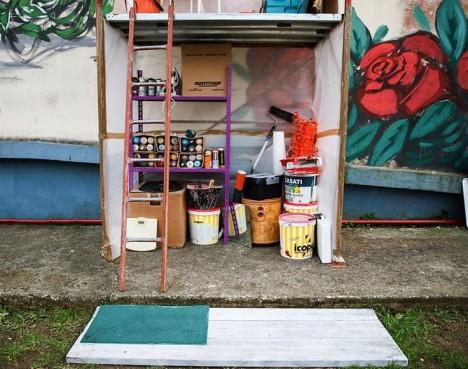 Playing on the concept of an artist residency for muralists while also making commentary on the availability of affordable housing in urban districts, this installation by Milan-based artist Fra.Biancoshock is less than private, and that’s the point. ’24/7’ highlights the difference in working conditions between street artists and studio artists, and the often impoverished living conditions of nearly all visual artists, with a four-story open-air scaffolding residence. 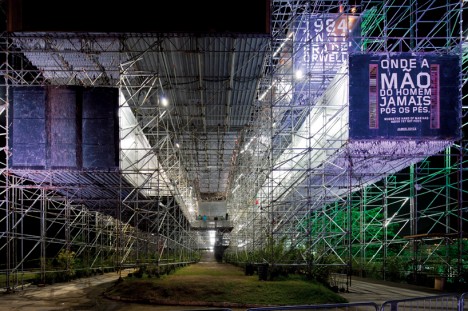 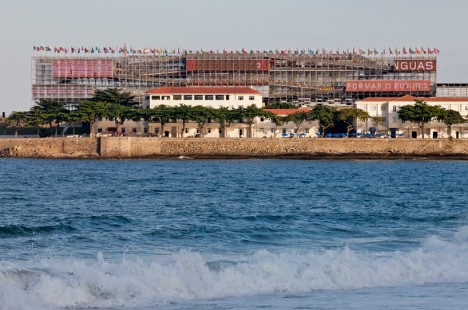 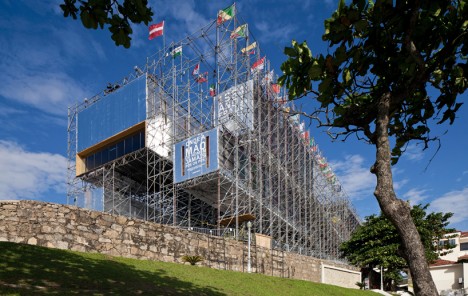 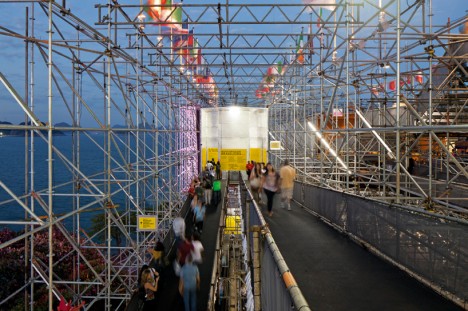 While it’s not unusual for events to make use of scaffolding for temporary structures, the Pavilion Humanidade exceeds just about all of them in scale and complexity. Created for Rio+20, the UN conference on sustainability in Rio de Janeiro, the pavilion won its architect Carla Juaçaba the 2012 arcVision prize for women in architecture. Layered and translucent, it’s almost completely constructed from previously used scaffolding and fully recyclable, erected on the site of an old fort overlooking the Copacabana and Ipanema beaches.