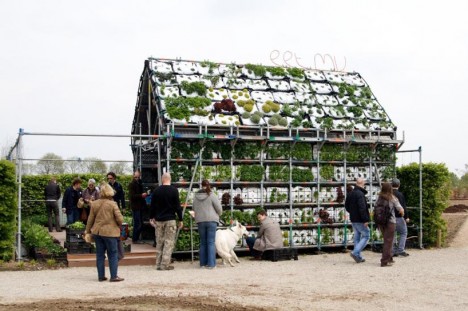 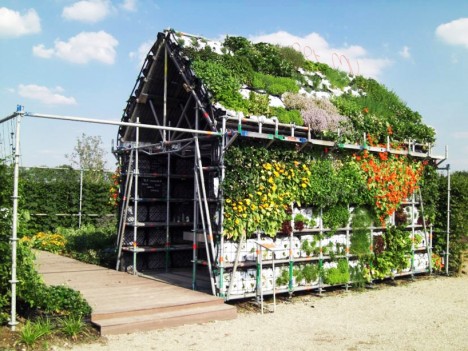 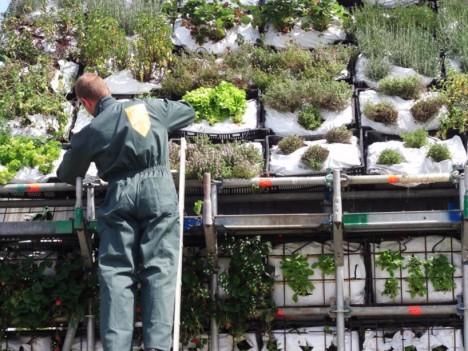 Scaffolding in the shape of a shack provides a framework for a lush garden with ‘Eathouse’ by Atelier Gras, installed in Appeltern, The Netherlands. Plastic produce crates, mesh and packed soil are stuffed onto the shelves of the structure in a modular system, proving that home gardens can be accessible to anyone with a little bit of yard space, even if you don’t have the money for fancy equipment.

Illuminated Scaffolding on the Washington Monument 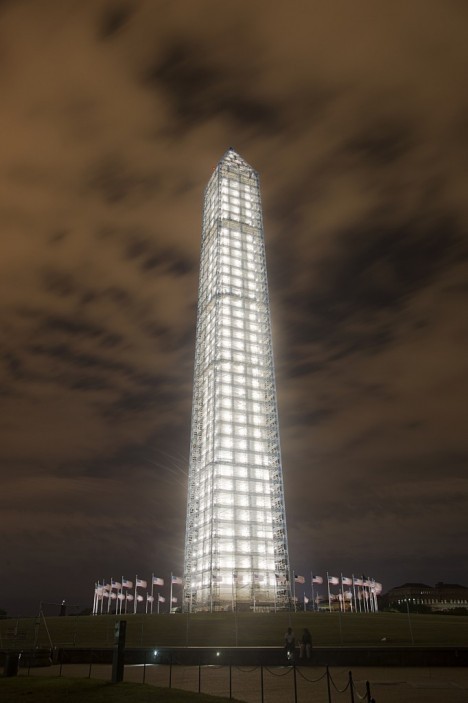 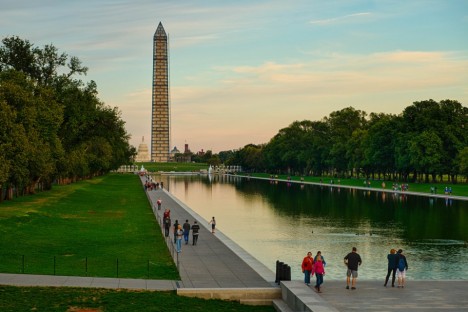 After the 2011 Virginia earthquake damaged its structure and facade, the Washington Monument got a temporary layer of scaffolding that obscured its shape for a 32-month period. It might not have looked too pretty during the day, but contractors added a translucent scrim and LED illumination so it glowed after dark in a display so beautiful, many onlookers hoped it would be permanent. 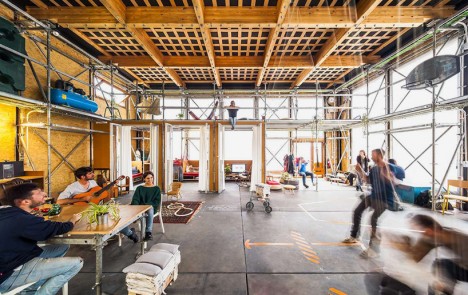 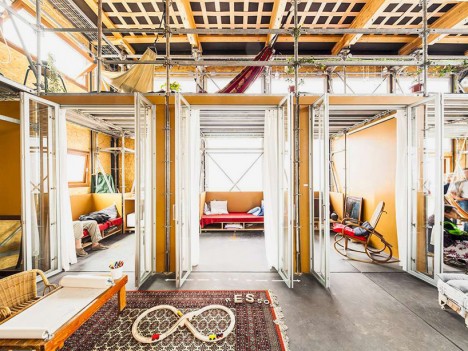 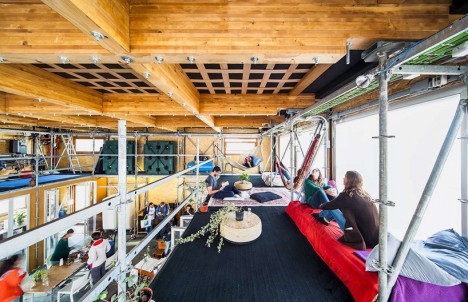 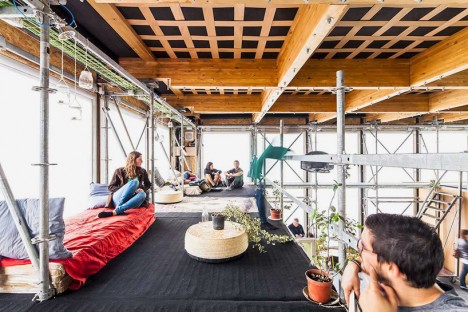 The functionality of the wide open space within the ‘Ressó’ structure can be changed at will simply by adjusting the scaffolding that delineates its indoor floor plan. Created for the 2014 Solar Decathlon Europe, the sustainable structure lacks any traditional interior walls, using the pipe system, glass doors and curtains to close off particular areas instead. The scaffolding provides a lofted perimeter for storage and hangout space, including beds and hammocks. 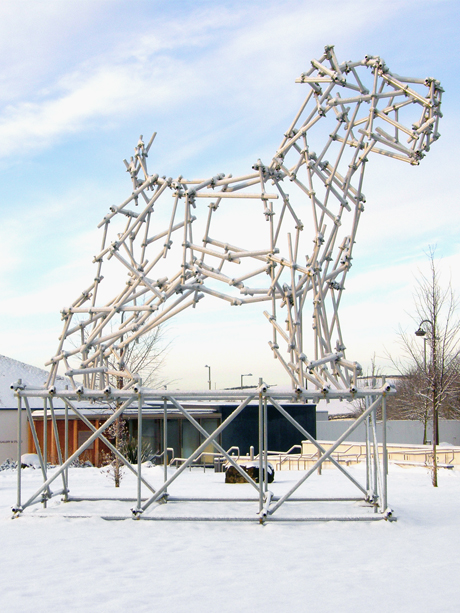 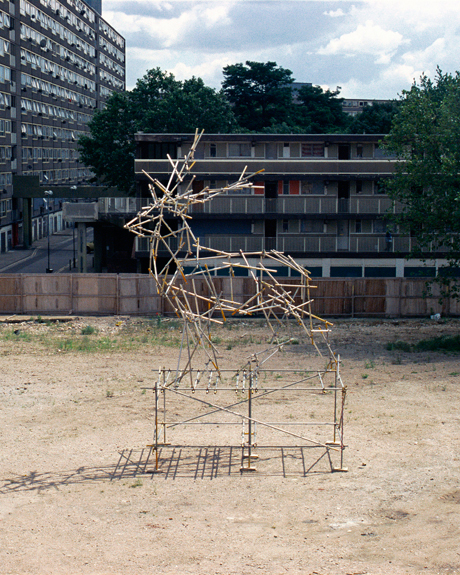 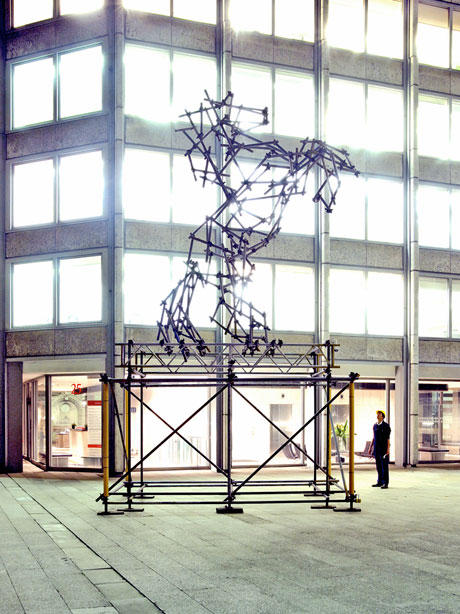 Best known for his dust drawings on the rear doors of semi-trucks, artist Ben Long expands upon the theme of gritty urban art with a series of sculptures made of scaffolding. Inspired by his experiences working on building sites as a teenager, the series consists of abstracted animal shapes, reinserting wildlife into urbanized contexts where they’ve long since been lost. 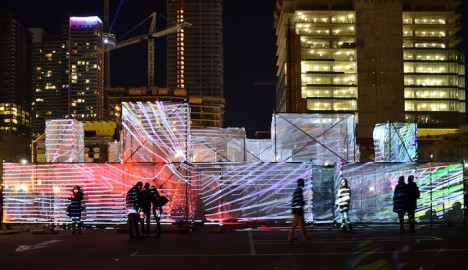 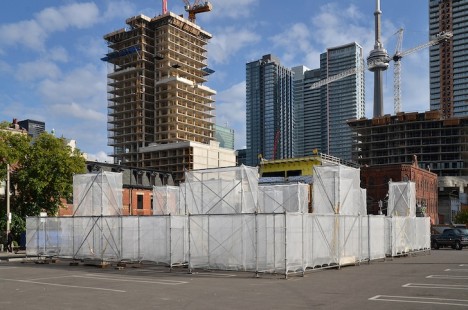 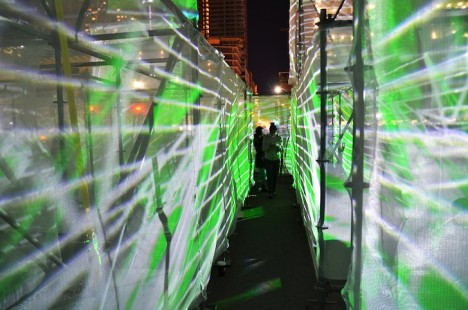 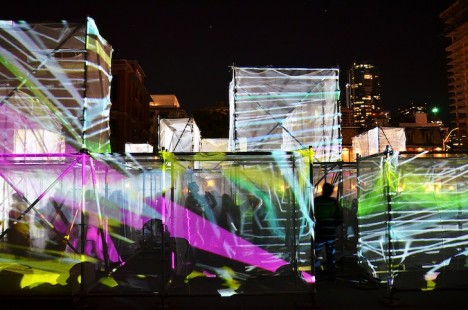 For just a single day in 2014, a glowing structure popped up in downtown Toronto, offering a 3,230-square-foot maze of light and shadow. ‘AMAZE’ by design lab UNSTABLE was quickly and cheaply assembled from a scaffolding system and translucent fabric, and colored lights were projected onto it to make it seem alive.