Miu Miu Club Made of Scaffolding 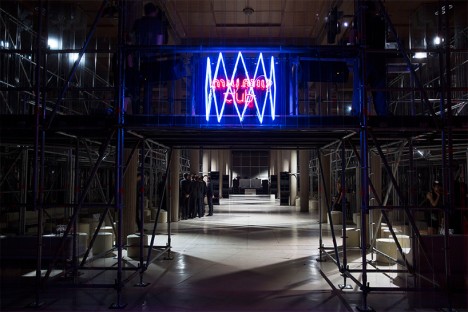 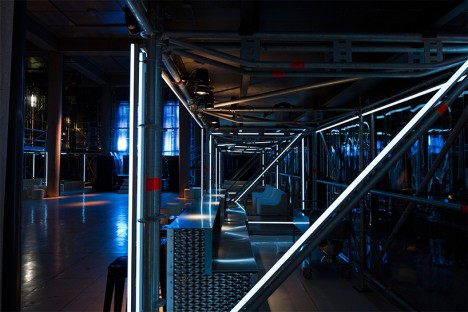 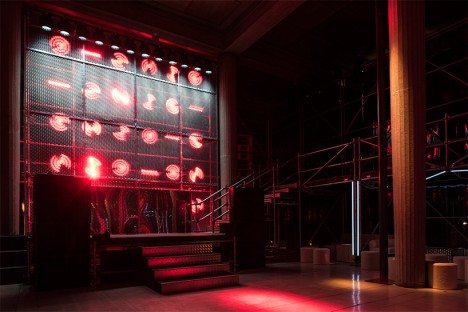 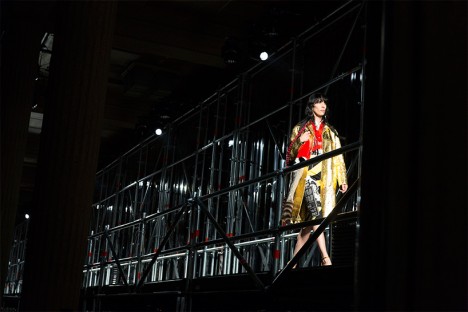 A subversive network of metal pipes and neon lights occupied a Parisian government office, recreating the atmosphere of industrial-style clubs in the 1990s. Contrasting with the ornate historic beauty of the 1937 Palais d’iena, the one-night pop-up creation by Prada and OMA became the ‘Miu Miu Club,’ hosting a dinner, fashion show and musical performances. In addition to the scaffolding, lots of chain link fencing and galvanized metal were used to create walls, stairs and catwalks. 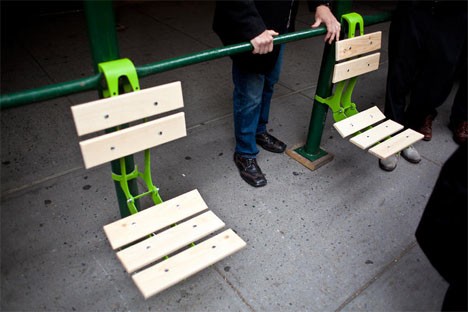 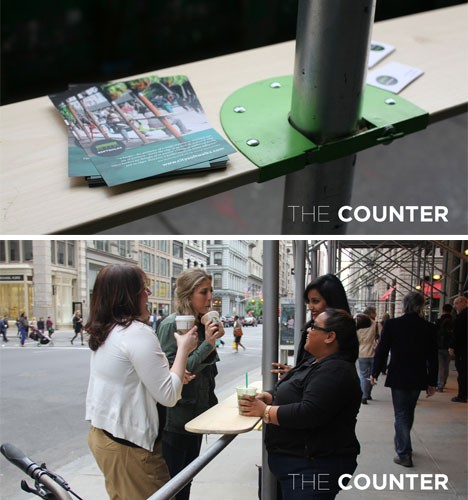 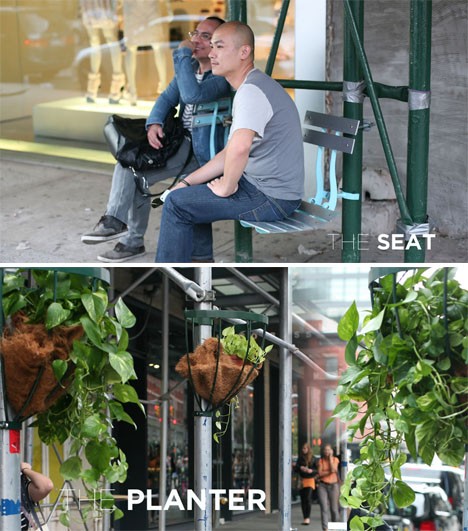 Long-term construction and renovation projects can get in the way of everyday life in the city, blocking sidewalks and displacing a lot of functionality. The Kit of Parts by Softwalks aims to make up for it by allowing passersby to use the scaffolding for their own purposes. Clip-on components including chairs, planters, counters, light reflectors and decorative screens make the scaffolding a more useful part of the urban fabric. 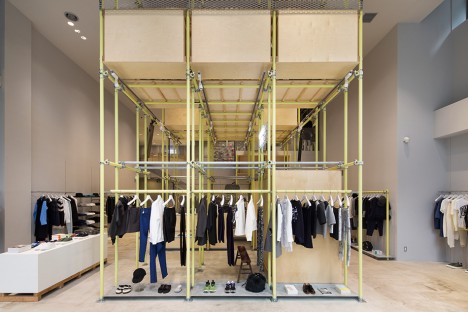 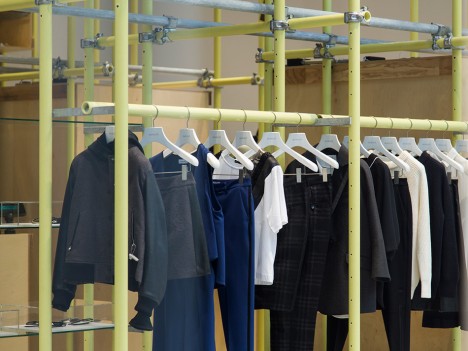 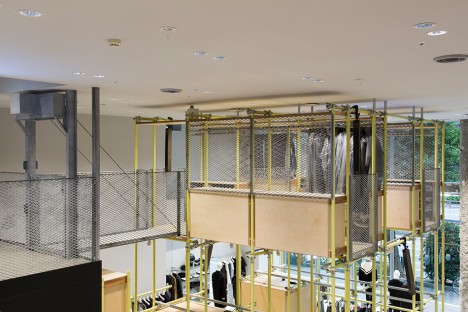 Visually light and open, this framework for the En Route fashion boutique in Ginza, Japan offers clothing racks and shelving, counters and a second-floor room-within-a-room, all without blocking views from one end of the space to another. Schemata Architects installed the industrial scaffolding made of fiber reinforced plastic piping to make use of the full height of the space. 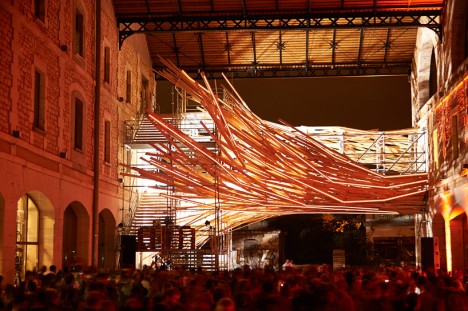 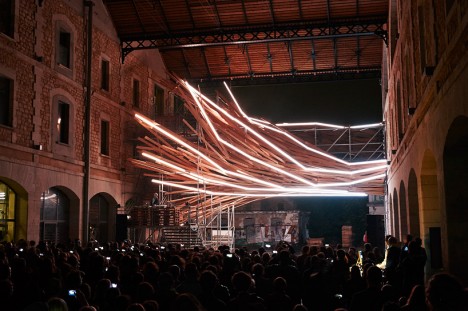 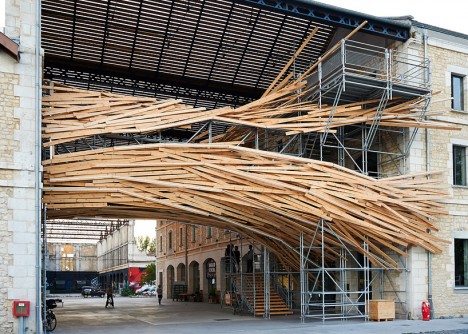 Chaotic and abstract, spiky lines of wood and LED lighting reach out across a courtyard between two traditional brick buildings at the Darwin Ecosystem Project in Bordeaux, France. ‘Vortex’ by 1024 Architecture is a generative light sculpture made of construction scaffolding with a raw wood skin and 12 lines of light, wrapping around a footbridge that connects the complex’s two buildings. The lights shift continuously to create the impression of a living, breathing creature. 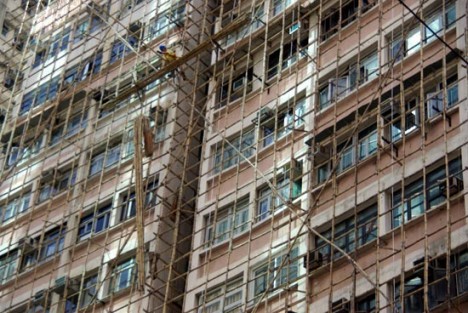 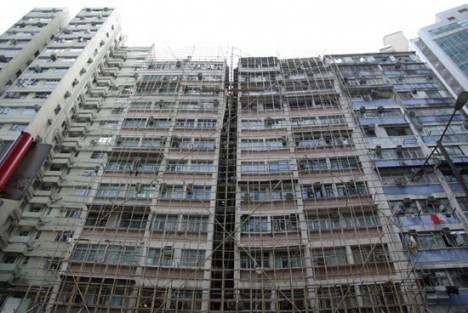 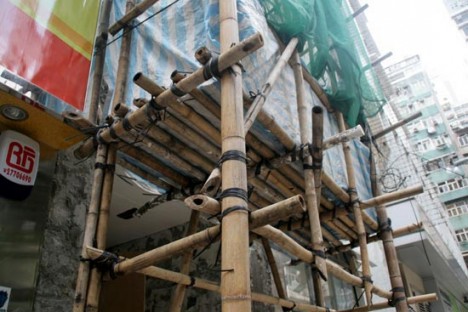 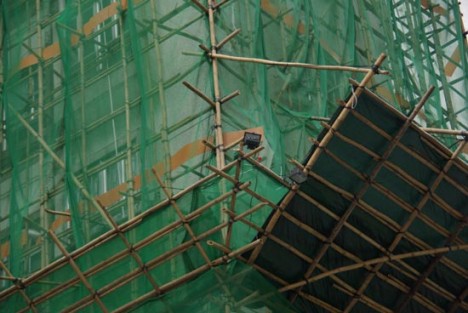 In much of the world, scaffolding is made not from metal pipes, but from readily available and surprisingly strong bamboo. It may look precarious tacked onto incredibly tall skyscrapers throughout Asia, like these ones in Hong Kong, but it’s more stable than it seems, and can be configured in all sorts of shapes to follow irregular architectural contours, and requires no machinery to assemble.