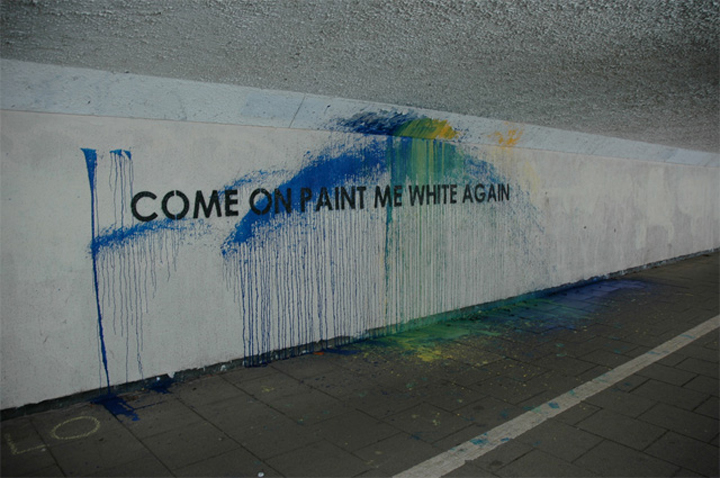 Well known for stenciling big block-lettered phrases on walls around his native Newscastle, Mobstr made this piece is unusually blunt (as well as hilarious) – it amounts to a multi-part conversation between the artist and the city. 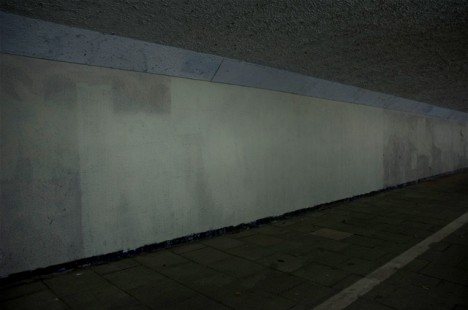 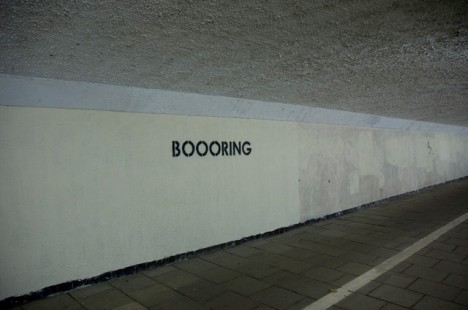 Even better than the original ‘COME ON AND PAINT ME WHITE AGAIN’ dare is the later response after the municipality indeed whitewashed the first work: ‘BOOORING’, using his same signature typography in black paint. 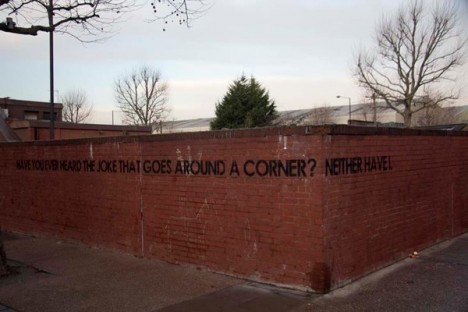 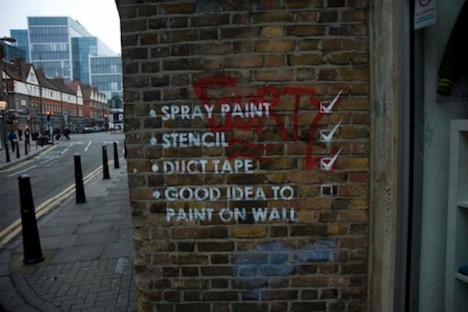 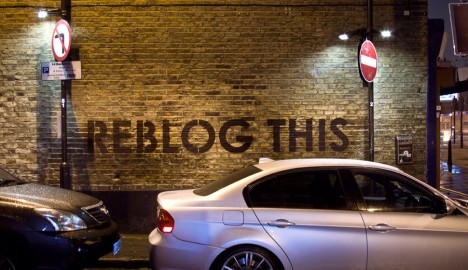 While not all of his work is quite so meta-minded as this series, this sequence remains a great illustration of how graffiti is generally temporary as well as contextual, and can have elements of humor and self-reflection beyond simple tagging. Some of his works are best seen in video form rather than via photographs, hence a few fun short films below.

A self-described minimalist, Mobstr explains the origins of his nom de plume, which are none too surprising: “It is a play on the term mobster which is someone who deals in organised crime. Most of my work is illegal however a lot of organisation goes into it. So as a joke I use the idea of it being organised (art) crime.” Also, he had a lobster named mobster.