Deep in the most remote reaches of the former Soviet Union, strange skyscrapers glitter against the sky, made all the more out of place by their sleepy rural settings and lack of similarly scaled surroundings. Photographer Frank Herfort calls them ‘Imperial Pomp,’ monstrous and overly ostentatious structures that sprung up throughout the nation and the former Soviet Union in the decades since the collapse of the USSR. Traveling to places that might not otherwise draw many foreign visitors, Herfort captured the skyscrapers in all their strangely proportioned glamour for his photo book ‘Imperial Pomp – Post Soviet High-Rise.’ 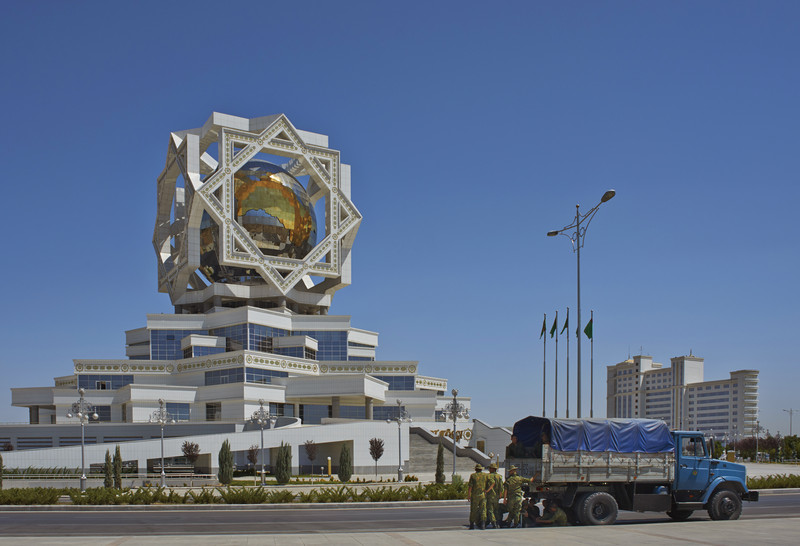 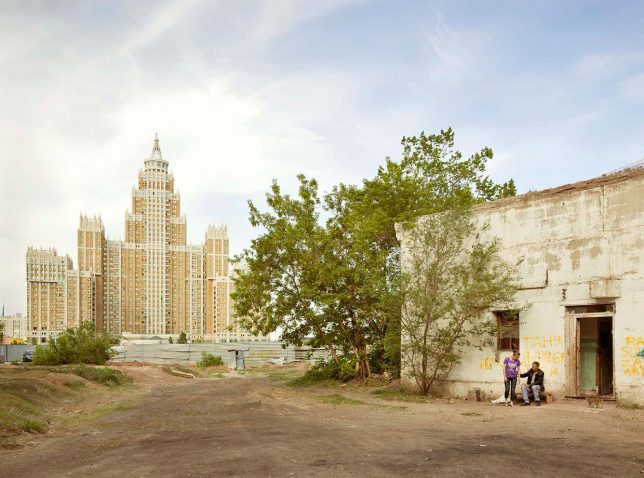 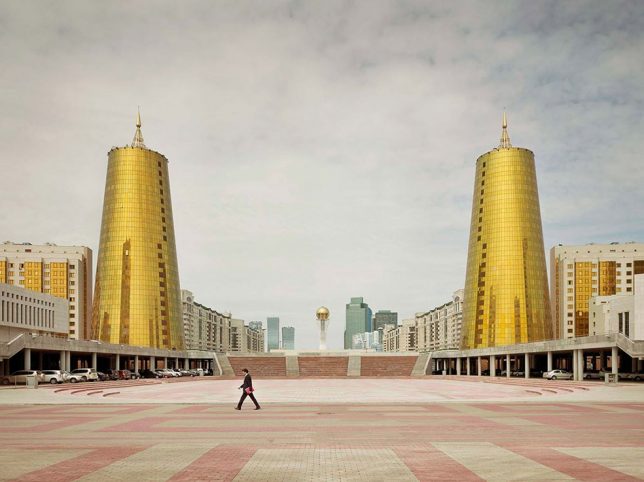 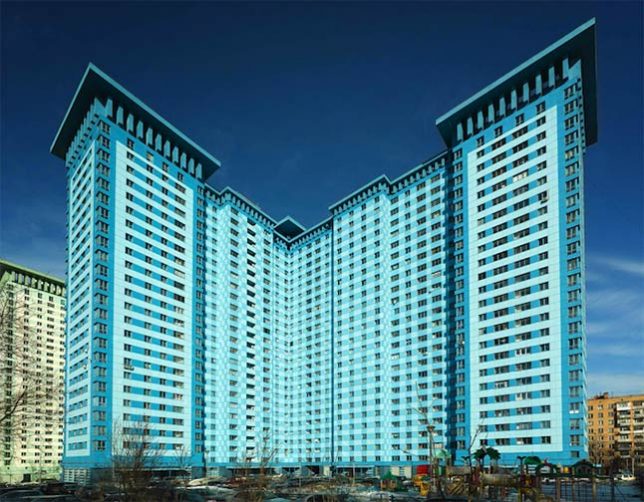 “After exploring Moscow’s structures I realized, that in all cities and former Soviet countries you can find such buildings,” says Herfort. “So I traveled to Vladivostok, to Blagoveshchensk on the Chinese border on River Amur, to Astana in Kazakhstan, to Baku in Azerbaijan, to Sochi and to St. Petersburg. And everywhere in between. I was always impressed by these huge constructions while driving through Moscow. Moscow doesn’t have a big skyline or big houses in the cityscape, and then I was even more impressed when suddenly there appeared one of these big new colored buildings. They are standing like single flowers cropped in the landscape.” 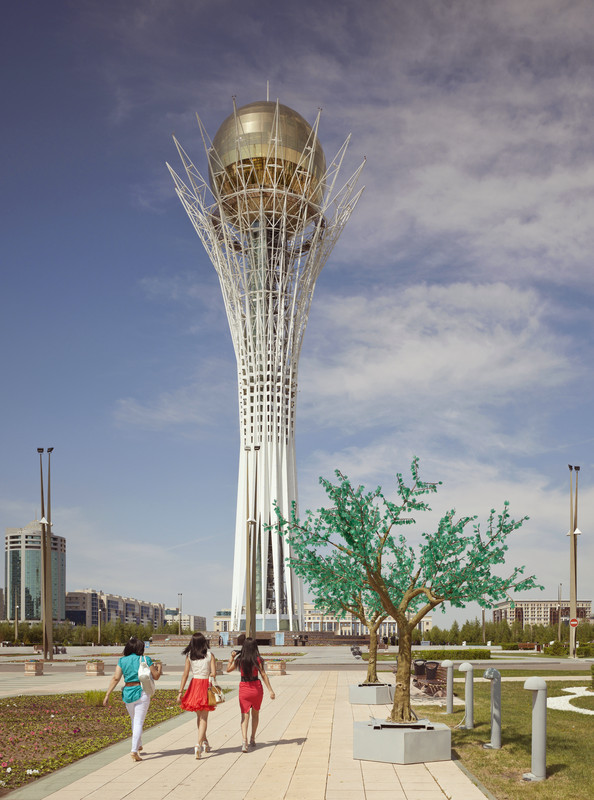 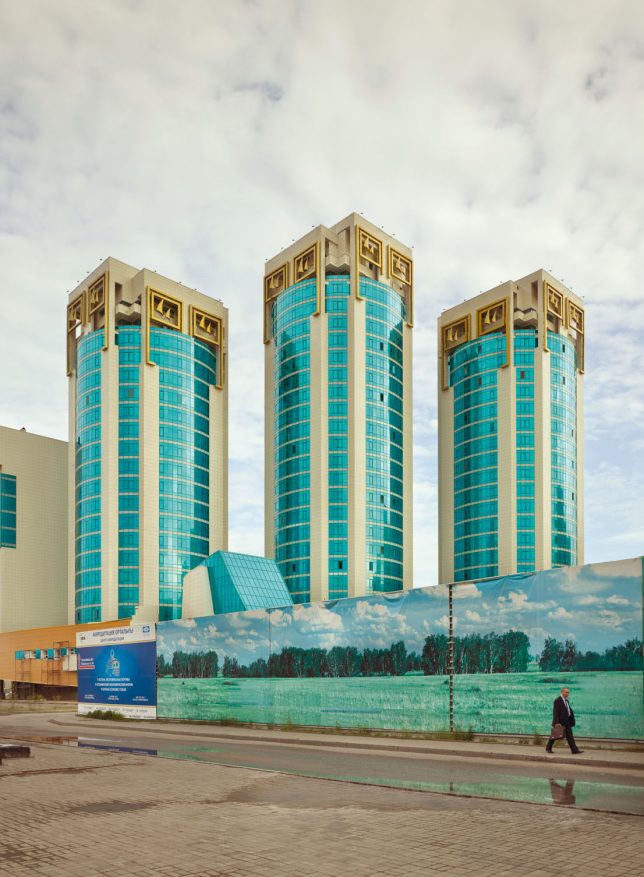 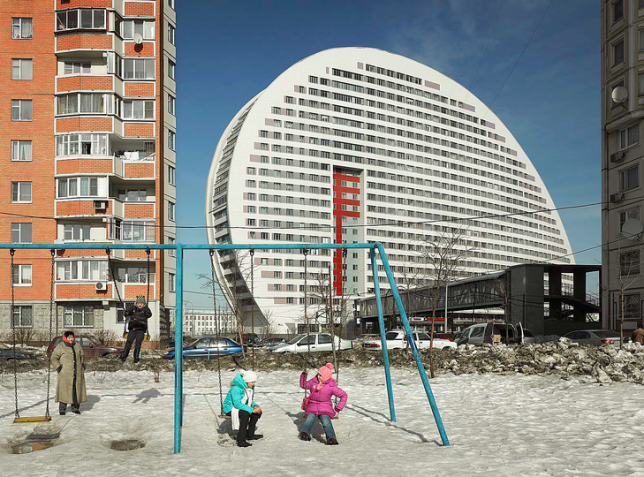 The German photographer notes that he feels like the buildings are “used to manipulate the humans and try to make them feel small.” He says the buildings rarely have infrastructure or real access built around them to invite the public to experience and interact with them, because they weren’t built with a care for anything other than showing off. That would certainly fit with the American perspective on Russia and its strongman fascination. 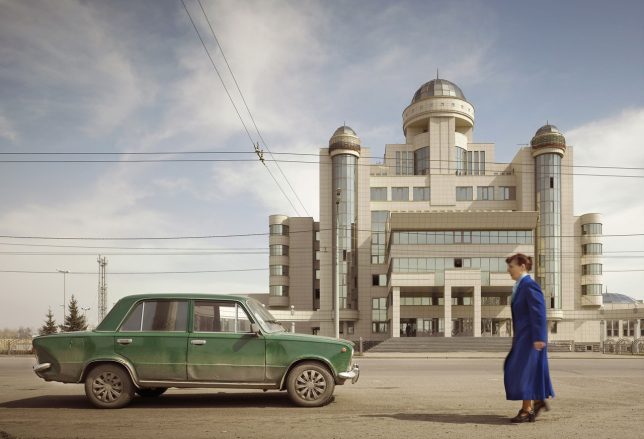 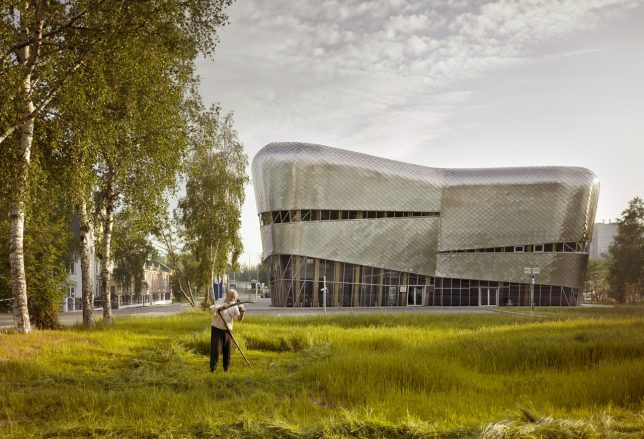 The buildings do feel like modern iterations of the strange Soviet-era monuments that still litter much of the former Soviet Union, though they’re nowhere near as creative and sculptural as the wondrous and bizarre relics of what used to be Yugoslavia. 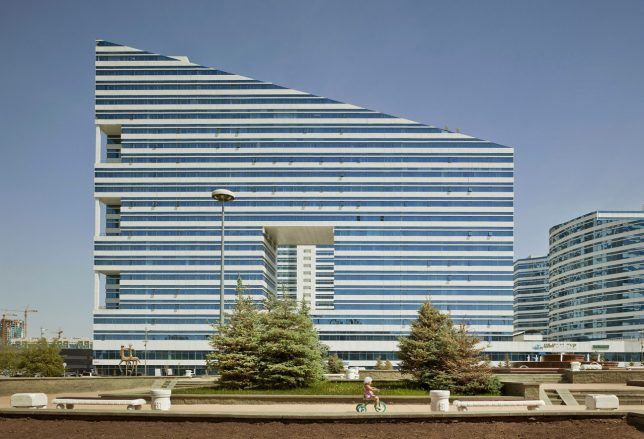 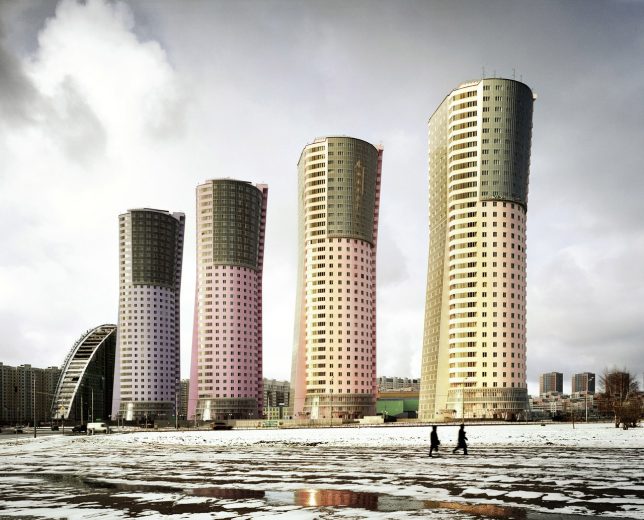 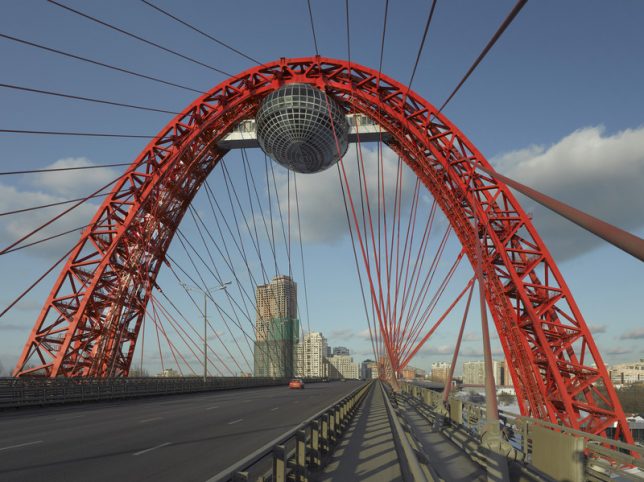 Herfort’s book is out of stock at the publisher’s website, but a few copies are still available on Amazon, and you can see more of his work at his website.