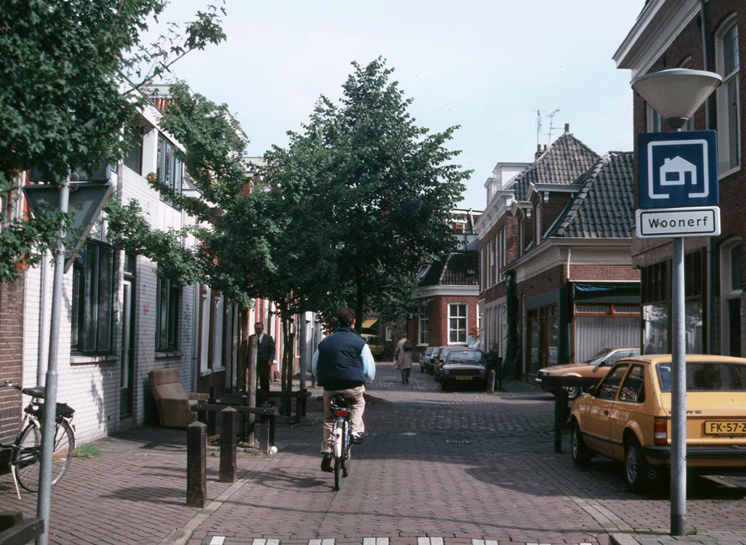 In the mid-1900s, Dutch citizens of Delft were sick of cars driving too fast down their narrow residential streets. The city was slow to respond, so residents took matters into their own hands. Groups of neighbors came together and tore up sections of pavement, then put up planters and other partial obstructions, often overnight to avoid traffic or official resistance. Their traffic-calming urban interventions were simply designed to slow down cars and reclaim streets. The government initially turned a blind eye to this illegal activism and eventually came to embrace new “woonerf” (or: living street) configurations. The Dutch Parliament  even enshrined woonerven strategies in national law as part of shift toward making the nation less car-centric. 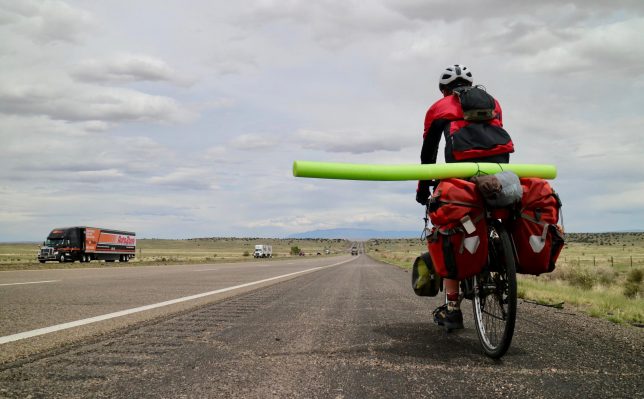 The Netherlands in particular is well-known for being friendly to cyclists and pedestrians, but around the world there is a growing resistance to the dominance of motorized vehicle culture. Car critics note that personal cars not only add to pollution and street dangers but they also take up a lot of road and parking space, which, among other things, makes real estate more expensive for everyone. In a world largely designed around cars, pedestrians can at least can hope for sidewalks in some places but bikes often have to share the road, for better or worse. 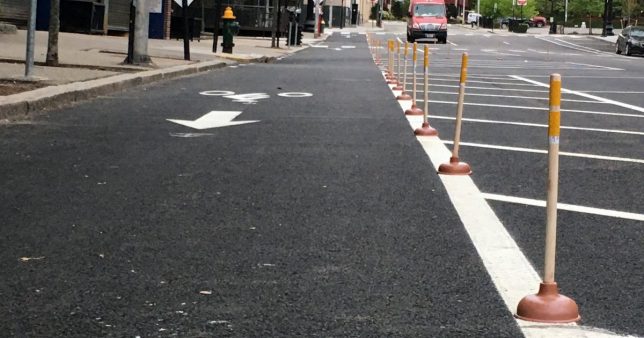 A lot of workarounds for cyclists have been developed over the years, like “sharrows” to remind drivers to be aware of two-wheeled vehicles sharing the streets. There are tricks like the “Dutch Reach,” a car door-opening approach parked drivers are encouraged to use to avoid hitting cyclists; basically, it involves using the hand furthest from the door, resulting in an overreach that forces the driver to look backward briefly. For their part, some cyclists strap things like pool noodles to the backs of their bikes, a visible reminder of how much clearance they are entitled to while riding in lanes or along shoulders. Activists have taken things further, too, installing guerrilla bike lanes with whatever is at hand, from official-looking posts and traffic cones to toilet plungers. The idea here is to spur cities into action, using temporary measures to encourage permanent changes. 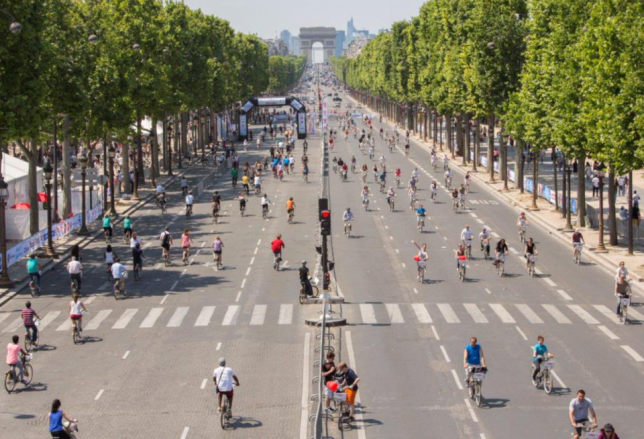 In many places, car-curbing efforts have begun to gain traction on a larger scale, driven in part by this kind of citizen activism. Cities like Paris have proclaimed car-free days so people can walk, bike and play in the streets. There are also some longer-term official plans to oust private vehicles from major metropolitan areas and there have even been proposals to create entirely new car-free cities from scratch. 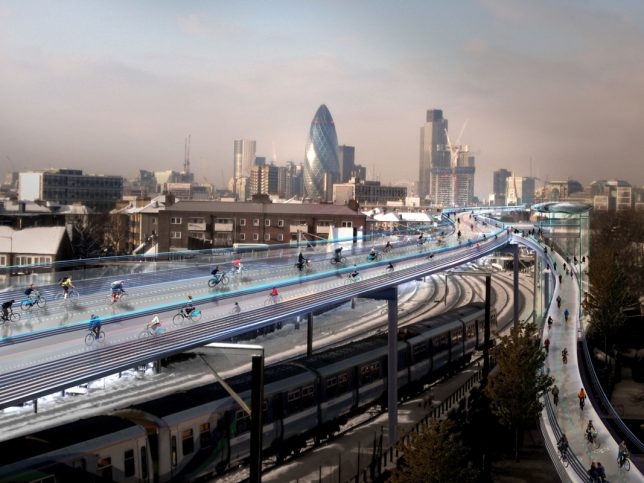 A number of ambitious projects aim not just grow walking and cycling routes but also to better connect these across cities — prominent examples include a 60-mile “bike autobahn” across Germany, an adaptation of America’s famously Route 66 for cyclists and an extensive elevated bicycle path in China. One particularly bold proposal would create a raised cycling route running over 100 miles around London. Holland, as usually, as ahead of the curve, home to the world’s largest bike parking garage as well as the first raised roundabout for cyclists. 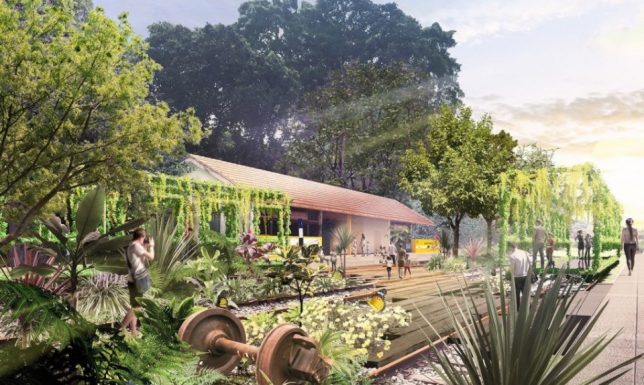 While some of these plans call for vast overhauls and dramatically reworking existing infrastructure, conversion approaches like those advocated by the rails-to-trails movement take advantage of lower-hanging fruit, transforming unused train lines and other abandoned routes into functioning pathways. New Yorks’ High Line helped spark the elevated greenway trend in particular, but the idea has since spread to cities like Los Angeles, Chicago, Singapore and more. In some cases, where elevated routes are still in use by cars or trains, new trails have been introduced underneath trains and highways instead. 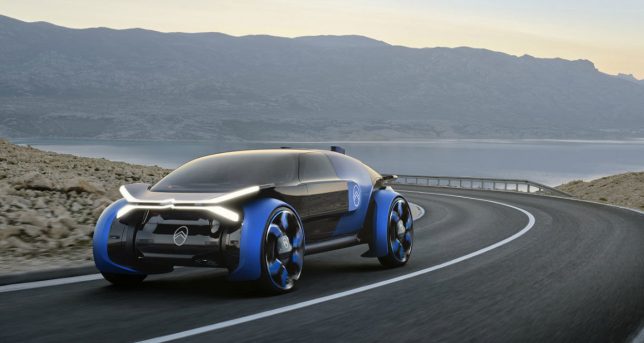 Some futurists think self-driving cars will solve a lot of traffic problems and collision concerns for pedestrians, cyclists and car drivers alike. Optimistic estimates suggest autonomous vehicles will reduce emissions dramatically while freeing up space currently used for parking, all while making streets safer from distracted human drivers. Other experts, though, warn that as cars become more comfortable places to lounge, more people will end up using them more often and over longer distances, further clogging up city streets and highways.

For now, full automation is still more science fiction than urban fact. In the meantime, there is evidence to suggest that simplicity may be the best way forward — that getting rid of signals, signs and barriers might actually make streets a lot safer. While some cities have attempted to confuse drivers into slowing down, other towns all over Europe are starting to experiment with streets on which cars, buses, bikes and pedestrians can all travel more freely. This type of “shared space” approach eliminates distractions while also encouraging drivers to focus on their surroundings more closely. Sometimes, less really is more.