Germany is already home to the world’s best-known superhighway, the Autobahn, and now cyclists have 60 miles of breathtaking scenery reclaimed from disused railroad tracks all to themselves. Informally dubbed the ‘Bicycle Autobahn,’ the highway is currently under construction, with five kilometers freshly opened for public usage. Ultimately, it’ll connect 10 Western cities including Duisburg, Bochum and Hamm, as well as four universities. 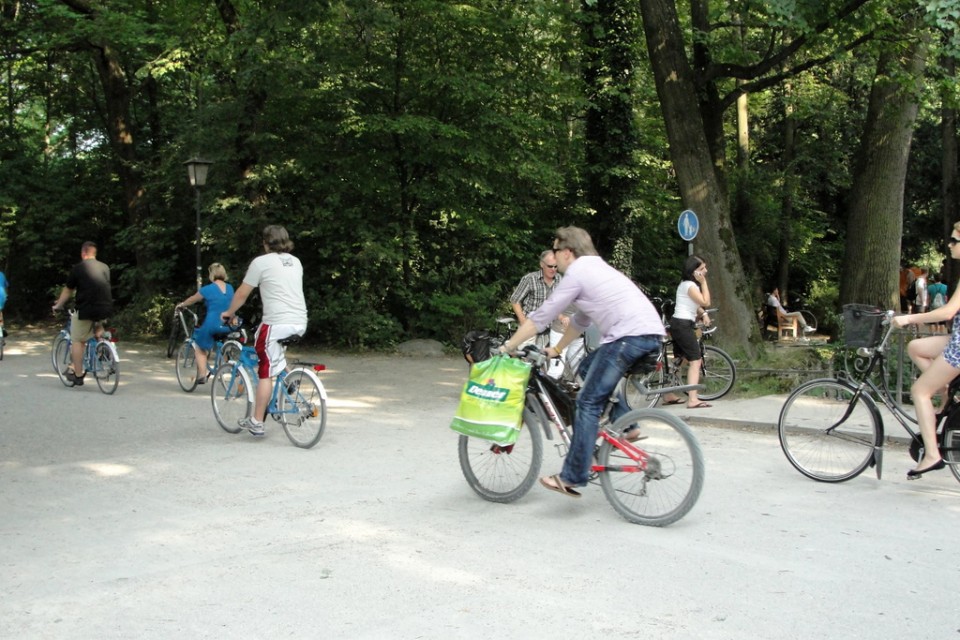 Up to 10 percent of Germany’s commuting is already done via bike, but until now, there hasn’t been an easy way for cyclists to get from one city to the next. Many of Germany’s biggest cities have bike paths on the roads, but they tend to be narrow, and don’t generally connect into longer routes. When cyclists want to ride around without worrying about cars, they have to go to parks like Münster’s popular Promenade or Munich’s Englischer Garten (pictured above and below.) 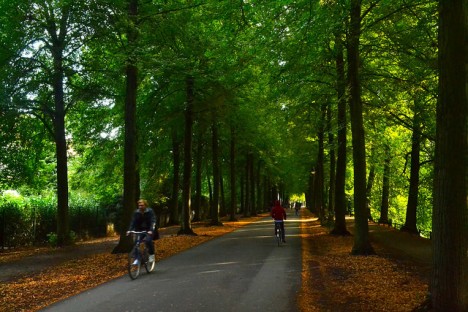 Locally accessible to nearly two million people, this new protected roadway is closed to motor vehicles, making it a safe and pleasant ride for the entire stretch. Development group RVR, which funded the highway with assistance from the European Union and the state of North Rhine-Westphalia, estimates that the bike highway could take 50,000 cars off the road every day. RVR is currently working on getting the federal government to fund the rest of the route, instead of leaving the project languishing in the underfunded hands of regional governments. 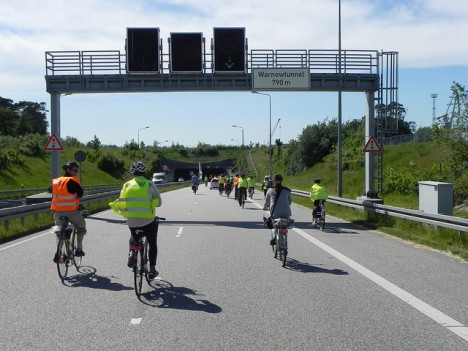 The city of Frankfurt is planning its own 18-mile bike roadway to Darmstadt, and Munich is extending its to a 9-mile stretch making the city easy to access from the northern suburbs. London has also declared its intention to convert its abandoned subway tunnels into a highway for cyclists and pedestrians.