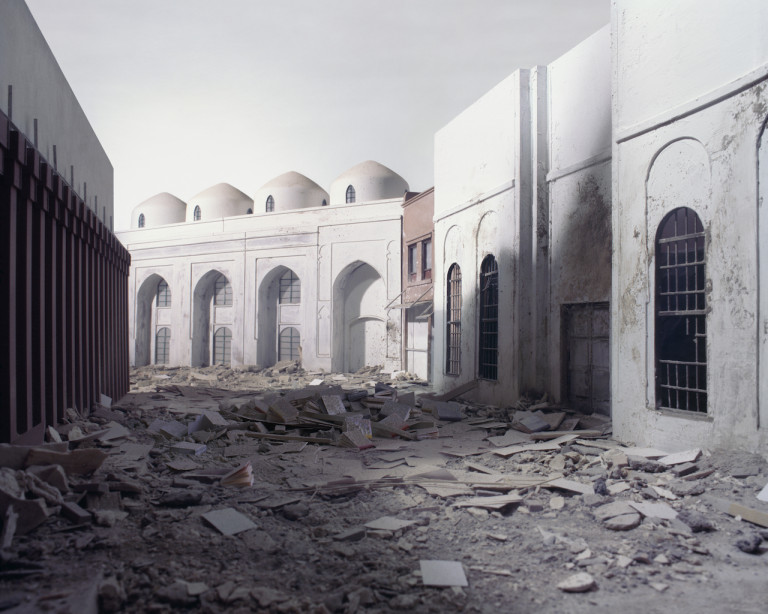 A lone artist is on a mission to restore some of the 70,000 books from the College of Fine Arts at the University of Baghdad that were reduced to ash during the 2003 invasion of Iraq. As chaos mounted, looters broke in set the library on fire, burning it to the ground.

Students at the school still lack replacements over a decade later, which led Wafaa Bilal (an Iraqi-born artist living in New York City) to propose Blank Books, a program designed to bring in book donations, in turn to be shipped in sets to the Iraqi capital. 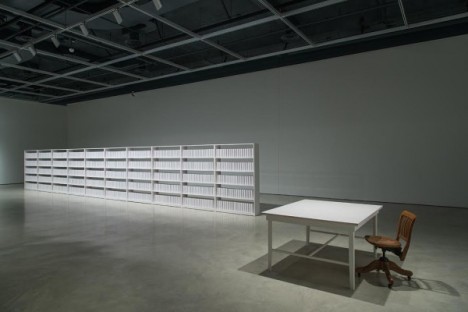 This combination art, awareness and shelf-stocking project works essentially like this: blank books are created and put on shelves at the Art Gallery of Windsor. When someone donates a book, a white blank is removed and given to the donor as a symbol of the void they helped fill. 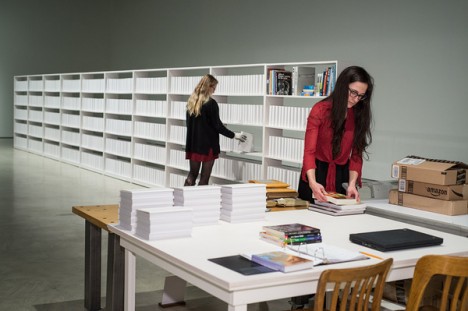 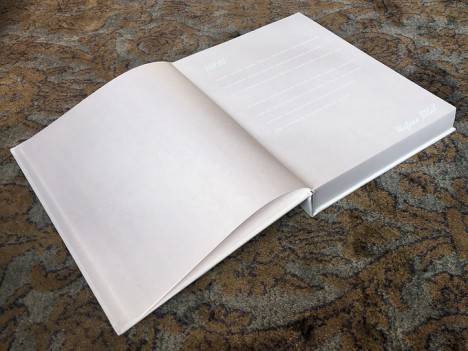 The effort raised over $50,000 from a crowdfunding campaign, more than 5 times its target amount. The campaign worked like the installation: “The blank books will transform into colored books. I see this as a visualization of the reversal of destruction,” explains Bilal

As the shelves fill up with real books, Kickstarter backers and other donors receive the blank books as rewards as a “small reminder of their contribution.” You can read a more detailed interview with the artist on Hyperallergic or watch him speak on CNN. 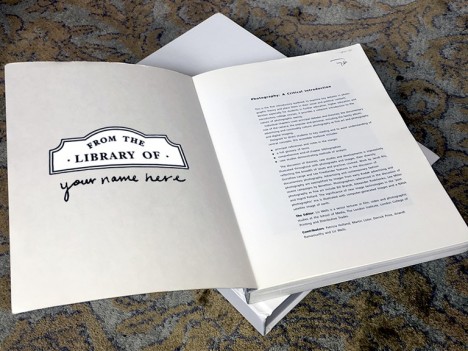 More historical context on this effort from its creator: “During the Islamic Golden Age, Baghdad was home to the largest library in the world—the Bayt al-Hikma, or House of Wisdom. A Mongol siege in the 13th century laid waste to all the libraries of Baghdad, along with the House of Wisdom.”

“According to legend, the library was thrown into the Tigris River to create a bridge of books for the Mongolian army to cross. The pages bled ink into the river for seven days, after which the books were drained of knowledge.”