In Brooklyn, the latest iteration of BEYOND THE STREETS lets visitors check out the work of more than 150 street artists from around the world. Curated by graffiti historian and “urban anthropologist” Roger Gastman, who’s also known for co-authoring books on street art and co-producing films like Banksy’s Exit Through the Gift Shop, the show first opened in Los Angeles last year. Now, it’s up at the new 25 Kent Avenue space on the edge of Williamsburg and Greenpoint with a whole new collection of art spread out over two floors.

Among the biggest names you’ll find at the show include conceptual artist Jenny Holzer, feminist art collective Guerrilla Girls, Shepard Fairey and Takashi Murakami. Sculptures, works on canvas and immersive installations share space with a Beastie Boys installation featuring “artifacts and ephemera” from the band’s 4-decade history, a functioning tattoo parlor by Bert Krak & Alexis Ross and a room of puppets made of trash by Paul INSECT and BAST. 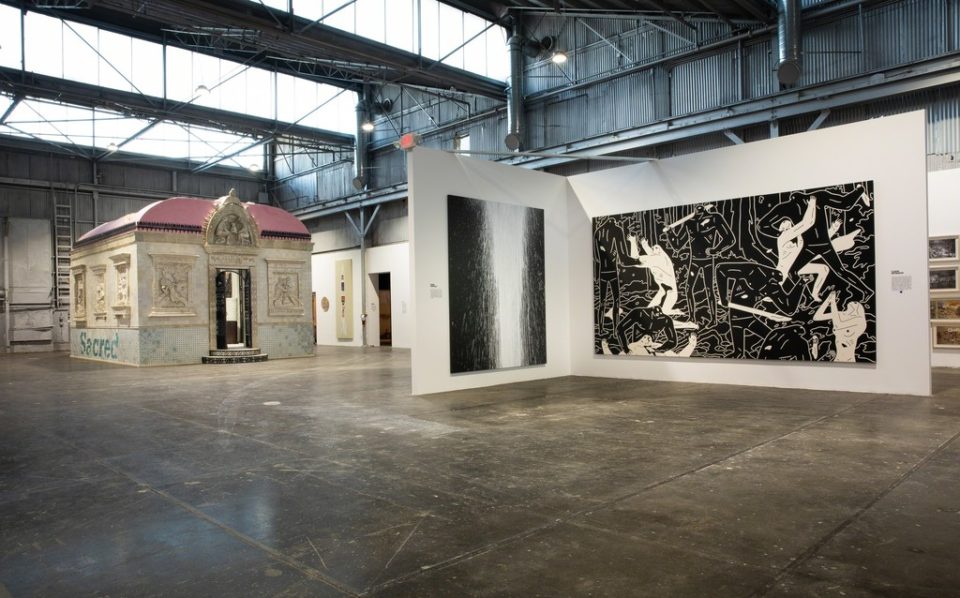 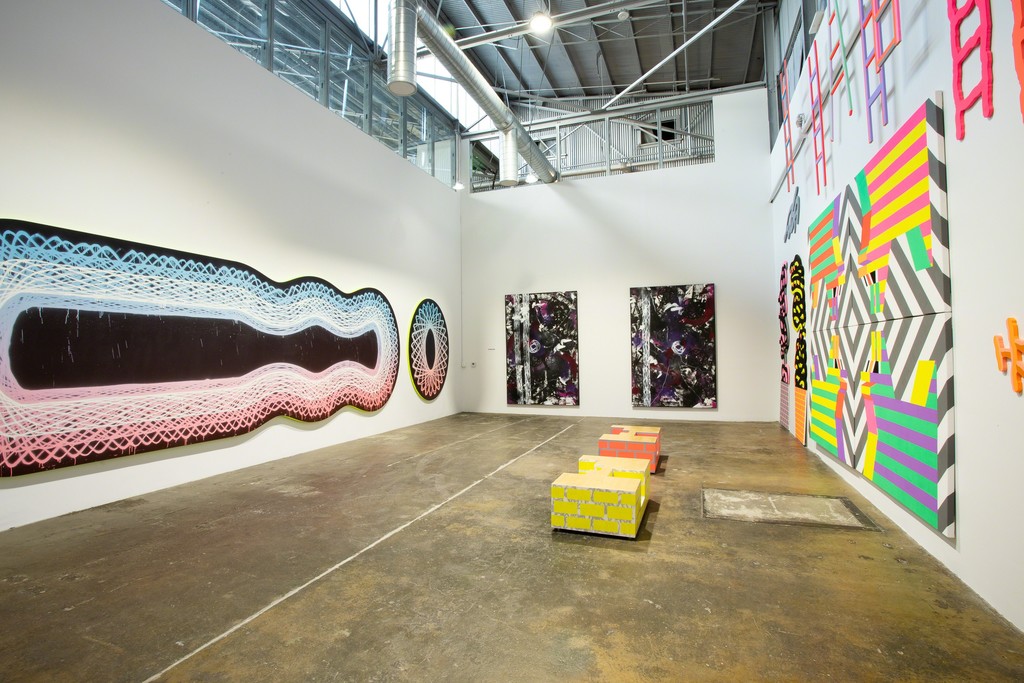 For Gastman, what distinguishes the show isn’t just its diverse array of work, but the fact that it celebrates artists who spent years illegally working on the street. While the developers who are drastically changing cities and making them more homogenous might actually like to see officially sanctioned murals around as a way to “clean up the neighborhood,” graffiti artists who broke the rules (and sometimes paid the price) shaped street art as we know it, says Gastman. Many of the artists in the show started working under the cover of darkness, but now have their own prolific studio practices.

“You know, this culture—which was started by youths writing their names over and over again for the sake of fame and fun and notoriety—has ballooned into a worldwide cultural phenomenon,” says Gastman in an interview with Artnet. “So many of the pioneers are still with us today. A lot of them are getting older. But let’s learn from them. Let’s respect them. And let’s preserve the history as much as we can while they’re with us, before it’s too late.”

BEYOND THE STREETS NYC opened on June 21st and will run through the end of August 2019. If you can’t make it in person, peruse the artists and their work on the BEYOND THE STREETS website and check out some of the standout pieces at Gothamist and High Snobiety.