432 Park Avenue in Manhattan has taken criticism for various reasons since well before it was completed, but its source of inspiration makes it almost too easy: the skyscraper was inspired by a garbage bin. 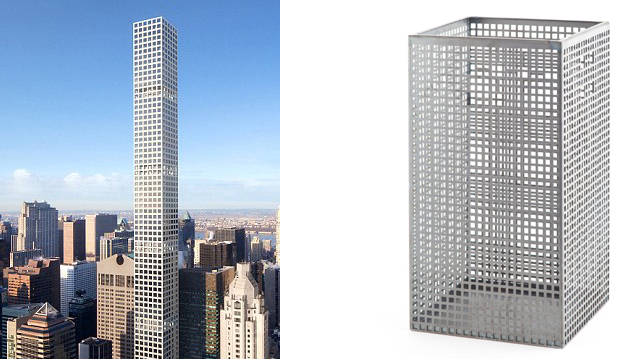 Specifically, Rafael Viñoly cited a 1906 trash can designed by Josef Hoffmann of the Vienna Workshops as a pattern basis for the gridded exterior of the supertall tower. The design origins were confirmed by the developer but are also plain to see. The infamous bin itself retails for $225, which could be considered cheap for a classic design object … or expensive for something you fill with garbage.

That grid design is intended to mask the fact that the columns of the building need to be wider at the base in order to support its immense height. The thick grid from top to bottom disguises this transition from wider to narrow, covering structural columns toward the top. It is the third-tallest structure in the United States and tallest residential tower on the planet. 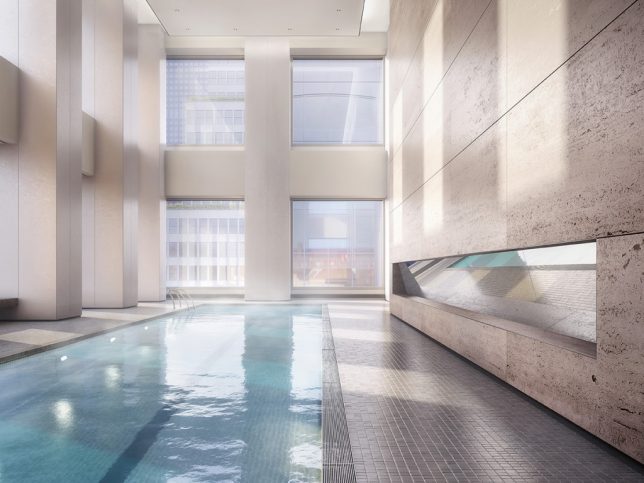 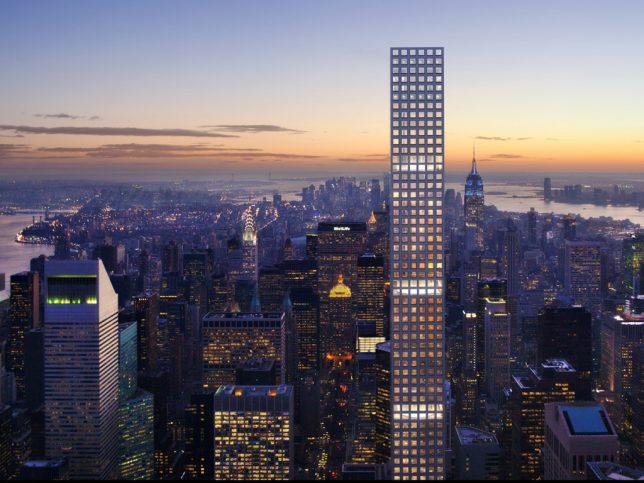 Aside from aesthetic critiques, the skyscraper has come under fire for supply a relatively handful (just over 100) units at immense sizes to support occupancy but the wealthy elite. Of course, it is not that unusual for industrial design to inspire architecture. Still, the fact that its design was inspired by a waste receptacle only adds fuel to those who see it as an eyesore and sign of urban opulence.