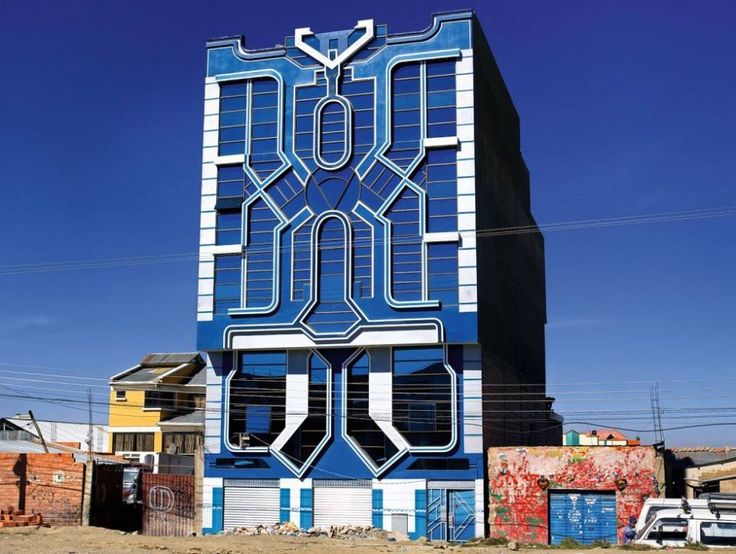 Mamani is an Aymara, part of a people who were historically conquered and displaced by Incan and Spanish populations.He trained as an engineer, then grew into fame designing mixed-use mansions for the rich (generally: stores on the ground floor, apartments above and a penthouse for owners). 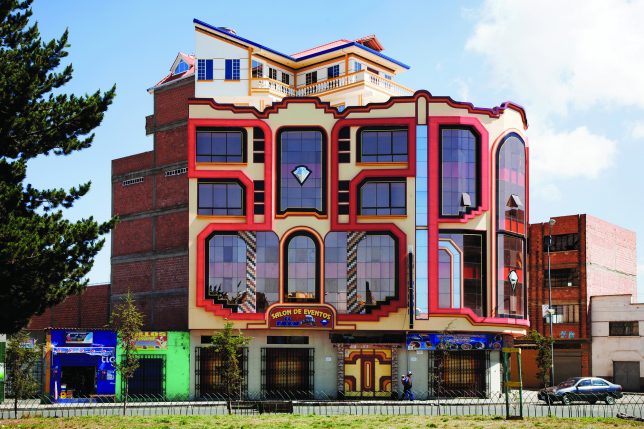 “Mamani’s architecture incorporates circular motifs from Aymara weaving and ceramics and the neon colors of Aymara dress,” reports the New Yorker, “and it alludes to the staggered planes of Andean temples.” It also is inspired by cyberpunk visions and science fiction films like Transformers. 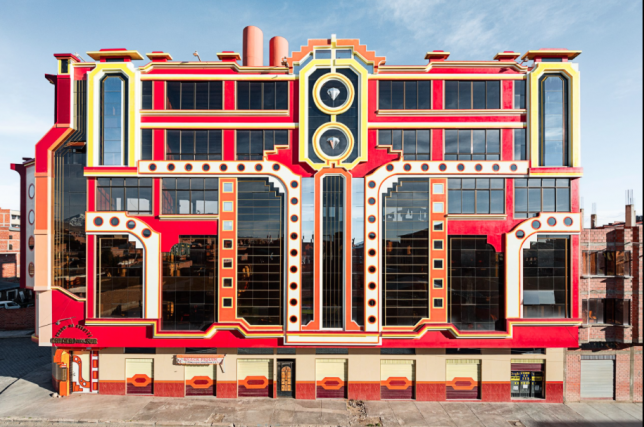 Creative, eccentric, joyful, imaginative are all words that have been used to describe his work, though some see it extreme, superficial, garish or gaudy as well. It can be polarizing, with fans praising his audacity and critics decrying the lack of formal method to the apparent madness. 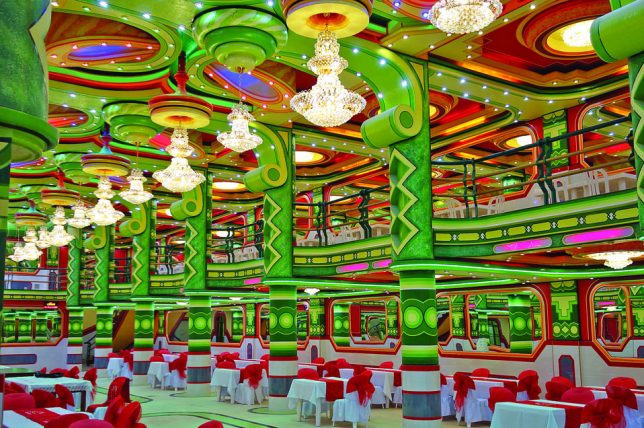 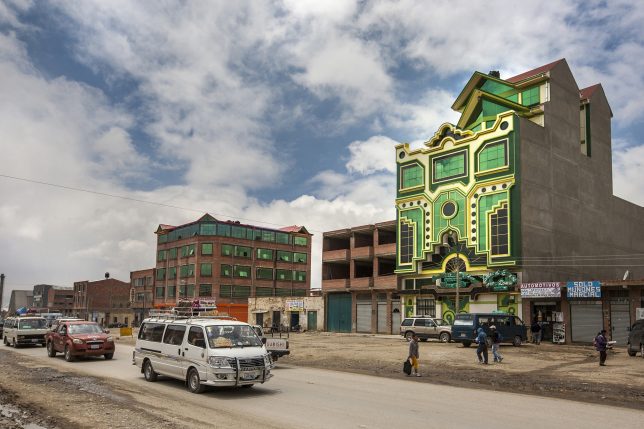 Silvestre works in unusual ways as well, sketching ideas onto walls or simply describing what he wants to coworkers, leaving them to execute the details. He has completed a number of projects in this way in El Alto, the highest city in the world.