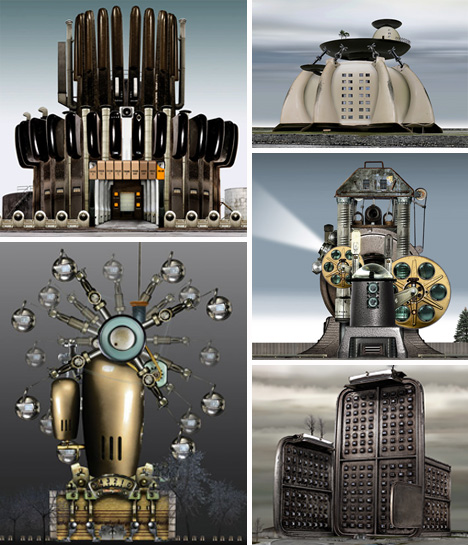 For every kid who ever took apart his family’s electronics just to see how they worked, David Trautrimas has concocted fantastical worlds full of upended, dismantled household appliances masquerading as apartment buildings and industrial factories. They’re a fascinating cross between steampunk and an alien post-apocalyptic world. 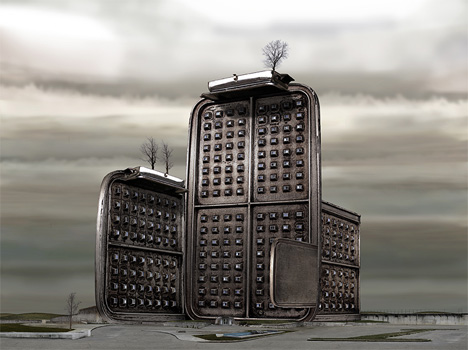 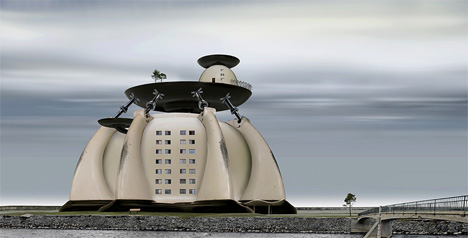 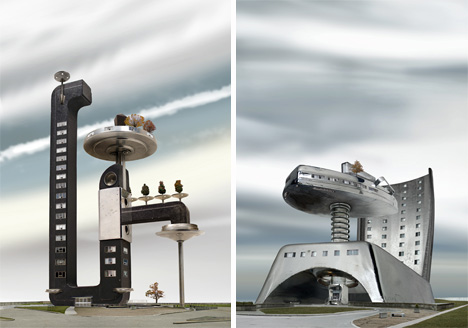 David Trautrimas is a Canadian artist whose ideas about architecture are bigger than zoning laws and the laws of physics will allow. Housing developments and apartment blocks feel bland to him, so he decided to create his own fantastical worlds. His digitally-assembled art features items which most of us will find very familiar. 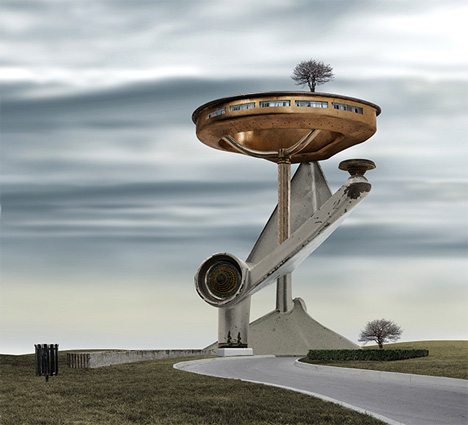 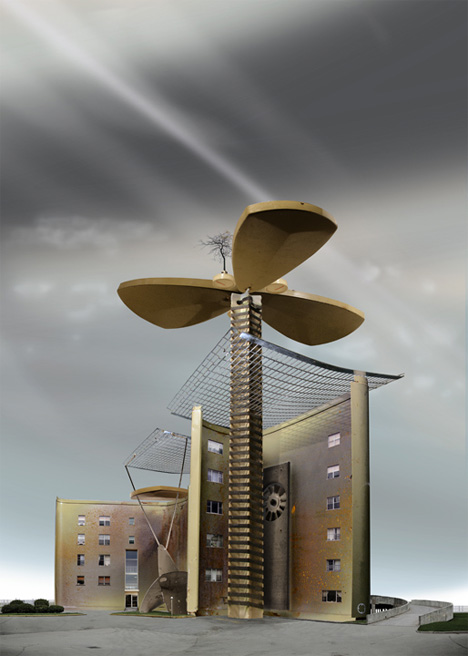 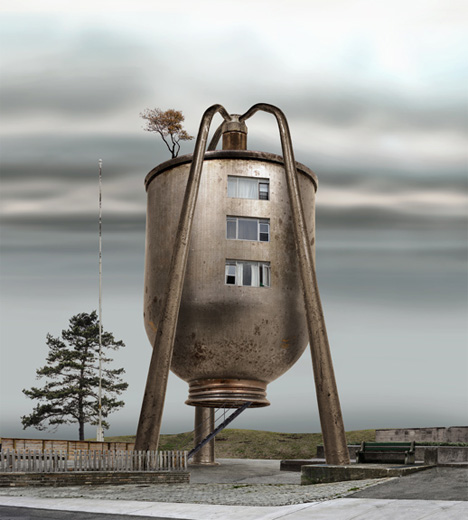 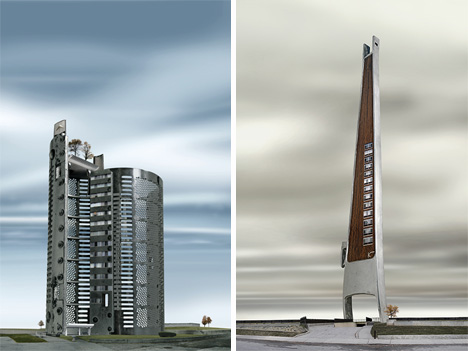 Trautrimas’ pictures consist of actual photographs of everyday items. Waffle irons, oil cans, vacuums, space heaters – anything that interests him may be disassembled and photographed, then the pieces digitally reassembled to form an unexpected cityscape. The backgrounds are real, as well: he roams his home city, Toronto, looking for interesting settings to piece together with his disassembled household items. 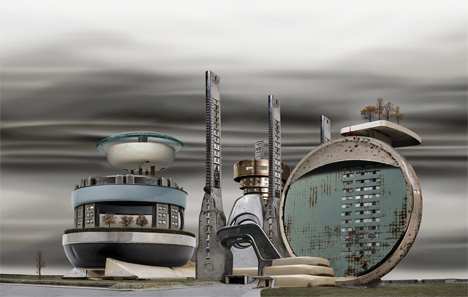 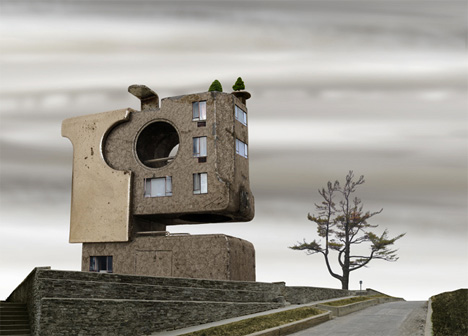 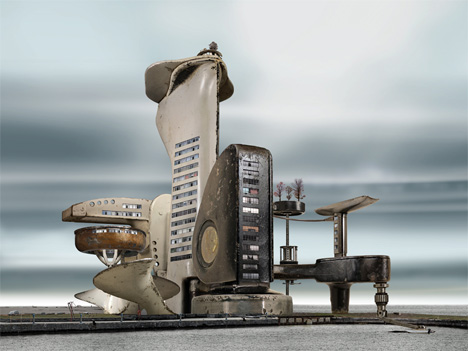 The items which will become the dystopian buildings can be found just about anywhere: Trautrimas scours thrift shops and garage sales looking for treasures. He favors those that are older, with character-adding scratches and dents. He then takes them apart, photographing each piece against a neutral background. Once a building is ready to be erected, he uses the various bits and pieces along with an appropriate background (which is usually a composite of many background shots) to construct dwellings that would not be possible in our own urban environment. 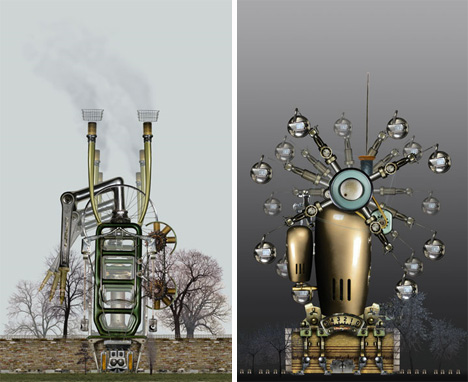 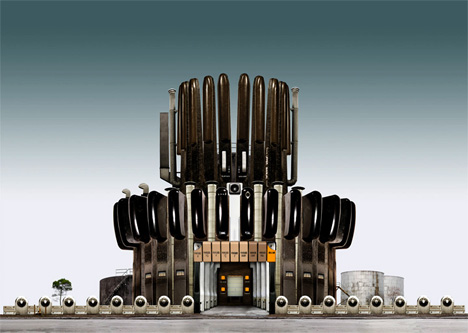 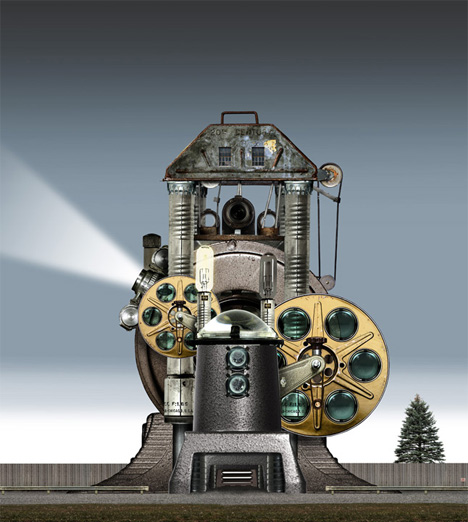 These artistic visions of buildings aren’t confined to apartment buildings. Trautrimas also applied his unique vision to commercial buildings in the 2007 series Industrial Parkland. The factories in this series are made in the same way as the Habitat Machines pieces, but they have a distinctly more industrial feel. 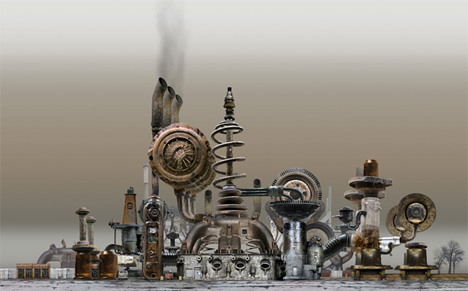 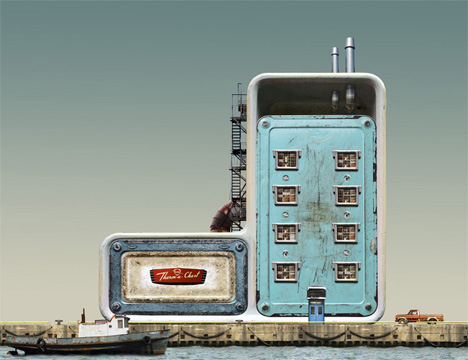 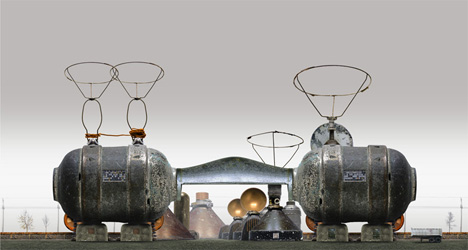 Even more than in the residential series, these factories are fashioned from retro-looking appliances that give the resulting buildings an oddly futuristic, vaguely Monty Python-esque, but wholly charming feel. Old lamps, fans, car parts and other office and industrial items are repurposed to create an industrial landscape that will never be seen anywhere but on Trautrimas’ prints. 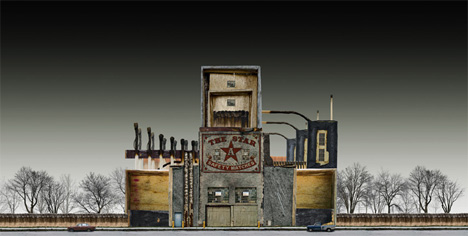 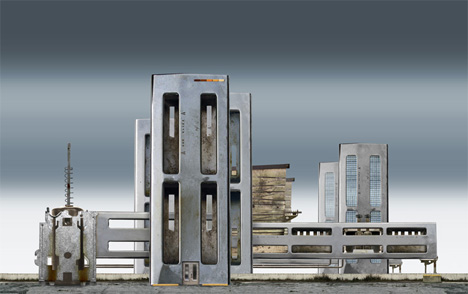 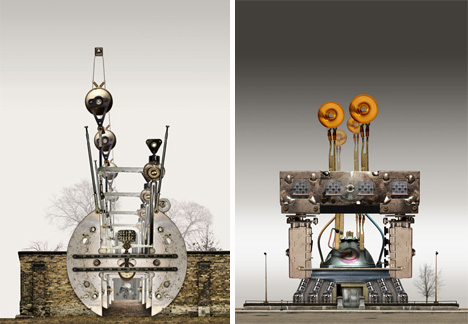 It’s always interesting to see the secret lives of everyday items, and Trautrimas gives these items an amazing new life. His compositions are never cutesy or overly serious; rather, they are very matter-of-fact. While they are only a fantasy, it’s not so hard to imagine these factories whirring to life. We can’t wait to see an entire cityscape of Trautrimas’ retro-futuristic steampunk buildings.