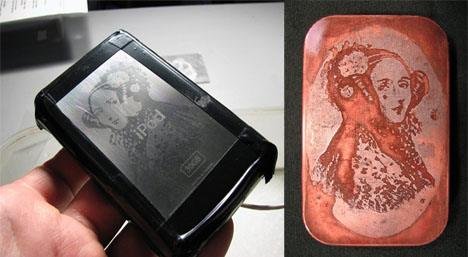 Steampunk is a kind of speculative fiction that usually takes place in urban settings where the future meets the past: Victorian era inventions clash with often dark alternate realities. However, what started as a literary genre has since evolved into an amazing urban art form with incredible real-life inventions, modifications and redesigns. The following is an introduction to the art of Steampunk, with everything from altered guitars to a Steampunked iPod. 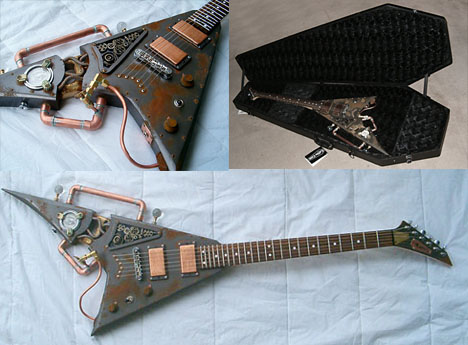 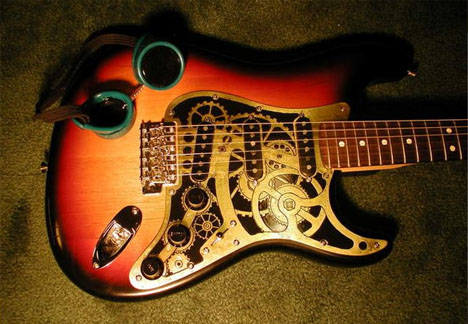 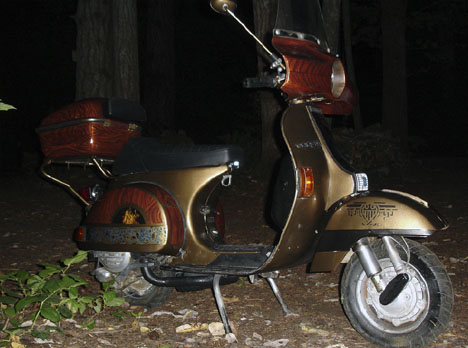 In Steampunk literature, the living computers and flying cars of science fiction are typically replaced by hulking steam-powered machines and floating dirigibles. Moreover, the art of design in these future-past visions reflects the ultimate integration of form and function epitomized during the periods being referenced: where even gears and buttons on an archaic machine were beautifully crafted. Shown above are three amazing modifications of contemporary technologies to fit the aesthetic of the Steampunk era: the Villianizer, a re-engineered Stratocaster and a Vespa. 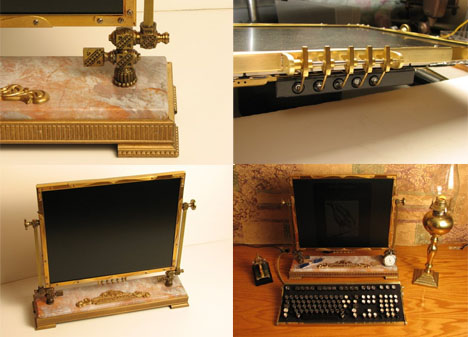 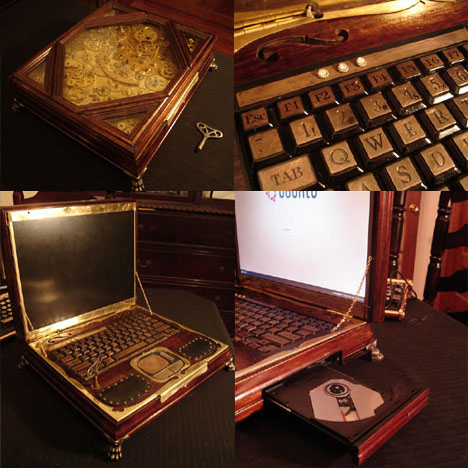 Like Goth, steampunk draws on elements of Victorian dress. Like Cyberpunk, there is an emphasis on the technology and culture of the material world as shown through and alternate present or future. Beyond those, however, there is a kind of celebration of the more elemental and tangible science and technology of periods prior to our present computer age. However, some of the most amazing Steampunk redesigns combine these two eras and involve modifications of computer monitors or even entire laptop computers. 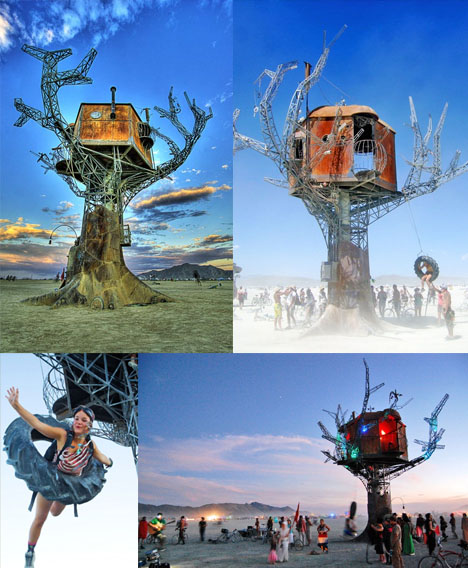 One of the most amazing feats of Steampunk art and engineering is the Steampunk Tree House, constructed for the Burning Man Arts Festival. This fully-functional interactive art pieces was one of the highlights of this year’s Burning Man Festival, lit up spectacularly at night and able to withstand strong daytime winds as shown in the above photographs. 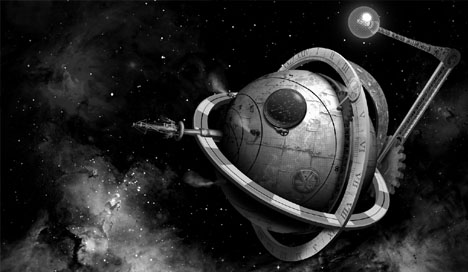 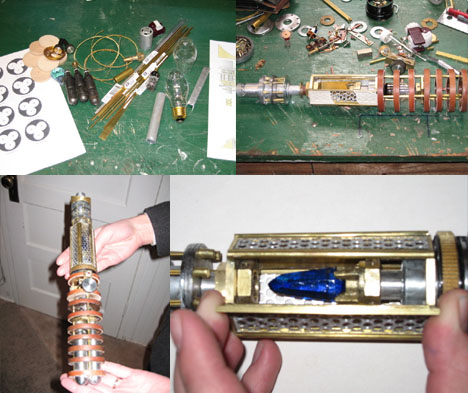 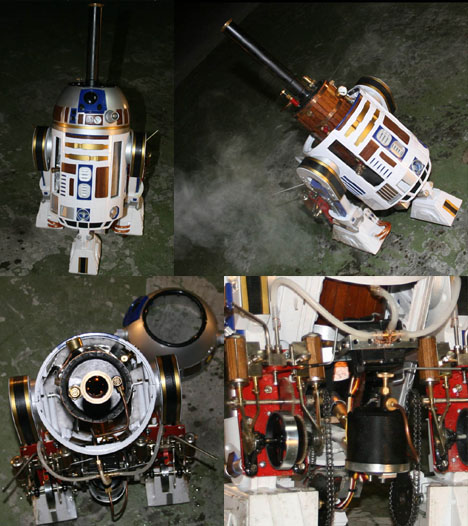 Steampunk ideas have also increasingly been retroactively applied to existing cult classics. Perhaps the most notable of these is Star Wars. Shown above is one of a series of Star Wars themed Steampunk renderings depicting, in this case, the Death Star reimagined for the Star Wars universe. Other artists have created tangible works such as a Star Wars Steampunk light saber made from old radio parts and evening a functioning R2D2 Steampunk robot. Some clever individuals even scripted and filmed a hilarious Star Trek parody set to a Steampunk theme and complete with archaic cinematography and a fitting musical score: