Rapidly warming oceans have led to an explosion of jellyfish numbers in seas around the world – allow that fact to float around your brain for a bit as you stare at translucent invertebrates illuminated within your very own desktop jellyfish aquarium. Would owning such a thing offer comfort and entertainment, or just be a sad reminder that humans have really mucked things up on our home planet? Now’s your chance to find out. 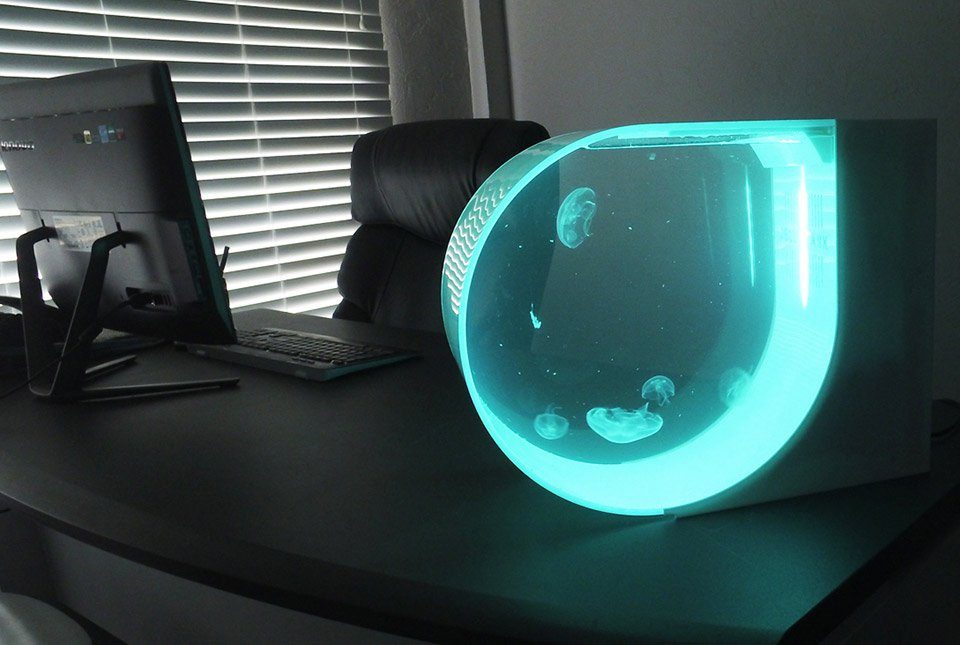 The JellyTank is a compact 5-gallon aquarium with a modern design and color-changing, remote-controlled LED lights. This ‘flow bar design’ with laminar pump-driven water creates an environment similar to what jellyfish would experience in the wild, and there’s a built-in mechanical and biological filtration system. The tank is made of high-grade aquarium acrylic, and its housing is available in black or white.

The creators came up with the idea after purchasing a $400 jellyfish tank for their office, and finding that the grates kept sucking up the jellyfish and killing them. They wanted to create a ‘sustainable’ tank that comes pre-assembled for the least amount of fuss. Everything you need to set it up is included, except for the moon jellyfish, which are purchased separately through the JellyTank website. 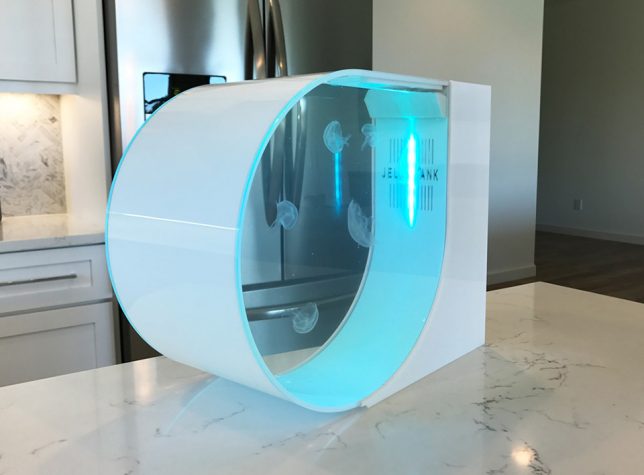 “JellyTank is currently working on developing an aquaculture facility to grow Jellyfish for our customers,” reads their Kickstarter. “We are speaking with industry experts and marine biologists from across the nation to develop the best protocols and standards of practice to ensure we deliver the healthiest sustainable source of jellyfish available in the world today. our proposed aquaculture program will be overseen, staffed and managed by leading jellyfish aquaculture specialists.”

This living reminder of the ravages of human-induced climate change can be yours with a pledge of $175 or more at the JellyTank Kickstarter. The creators aren’t allowed to include live jellyfish with their rewards, so they have to be claimed separately when the kits are ready to ship. People are clearly excited about the project, having raised almost twice the fundraiser’s goal with 16 days to go. It remains to be seen whether flushing dead jellyfish down the toilet is as depressing as doing so for your late pet goldfish.