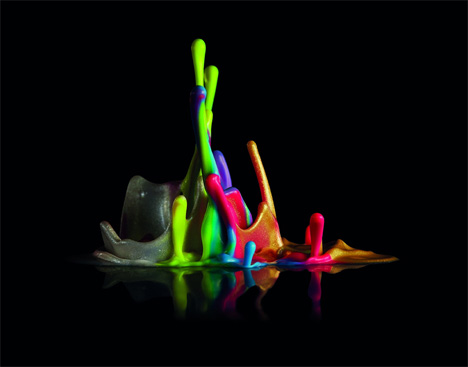 There is powerful, undeniable beauty in music, and vivid colors evoke some type of reaction in almost everyone – but the two have never been combined in quite this way before. This unique project combined sound waves and paint to create vibrant but incredibly short-lived tiny sculptures that, once gone, would never be exactly replicated. 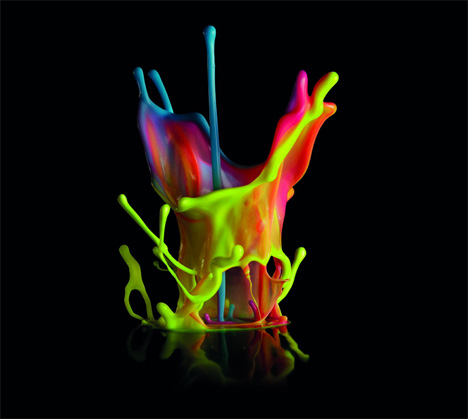 (all images via: DesignBoom)

Ad agency Dentsu enlisted the help of photographer Linden Gledhill to work on this unusual project, which was an advertisement campaign for Canon’s Pixma printer ink. “Bringing Color to Life” set colored inks into motion, inventing ephemeral sculptures that were more than simply dancing liquid droplets. 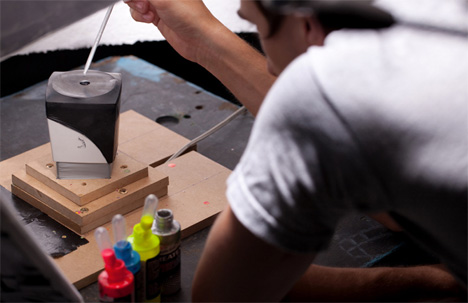 After stretching a thin membrane over a speaker, the team placed drops of brightly-colored ink on top. They then sent powerful sound waves through the speaker, causing the membrane to vibrate and the ink to jump and dance. 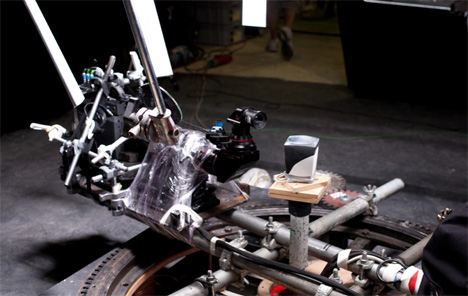 Using high-speed video cameras which rotated all around the speaker to catch every moment and macro-set still cameras, the group captured incredible images. The ink formed surprisingly elegant shapes and moved in startlingly beautiful ways. But in the blink of an eye, these formations were gone.

Knowing that these temporary sculptures can never again be recreated exactly as they were makes them seem even more fleeting, even more delicate and precious. 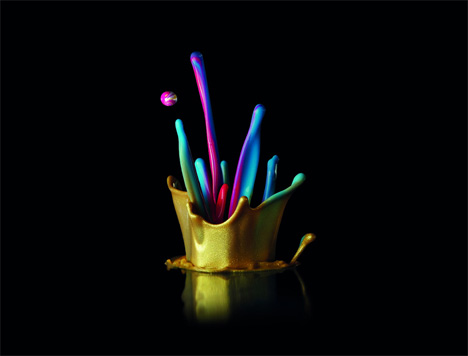 According to the agency behind the stunning campaign, the effect had to be created on a tiny scale. A larger version of this sound & color sculpture would be unmanageable and contain too much potential for unexpected results. The very small droplets of multi-colored ink are so lovely in their strange dances that they almost seem like life-size sculptures of bright plastic. 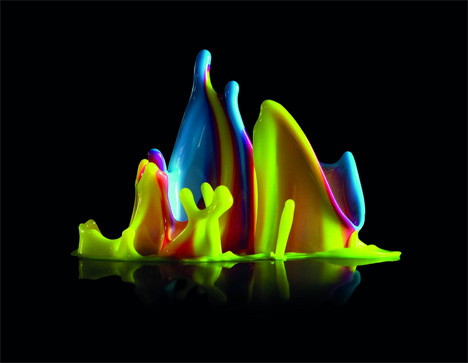 The still photographs of the temporary sculptures are reminiscent of plenty of other liquid-droplet photography. However, they are given a slightly unusual twist thanks to the fact that they are formed not from the dropping of liquid into a larger pool, but from the powerful sound waves coming from beneath the ink.