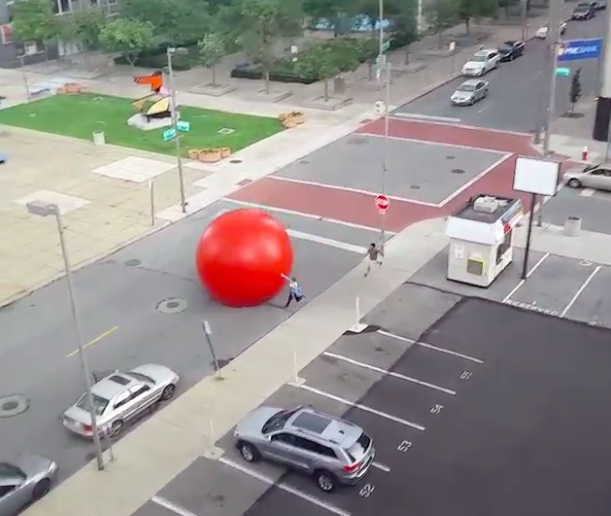 How do you stop a 15-foot-tall, 250-pound ball when it’s rolling down the street, running over cars and treating the city like a giant pinball machine? Employees at the Toledo Museum in Ohio had to figure out the answer to that question really quickly one day last August when a storm swept through the city, dislodging the giant sculpture from its perch on a downtown rooftop and sending it barreling through the streets as if it had a mind of its own. It even pauses at an intersection and then makes a left turn, as if trying to determine the best escape route, as the frantic museum workers run after it.

An observer who happened to be on an adjacent rooftop captured much of the ensuing chaos and put the clips on Instagram and YouTube. Luckily, the ball is inflatable, so there was no risk of it actually crushing the cars it rolled right over, though it did bend a few street signs and freak out a few drivers. The ball itself, created by artist Kurt Perschke, sustained a little bit of damage on its adventure, but returned to the museum to finish out its residence in Toledo. 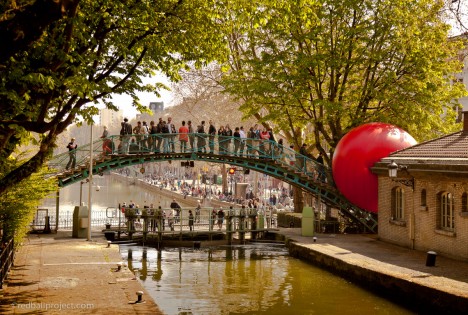 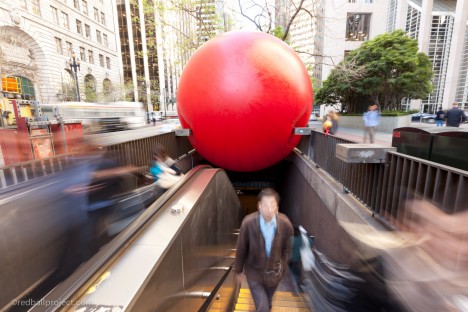 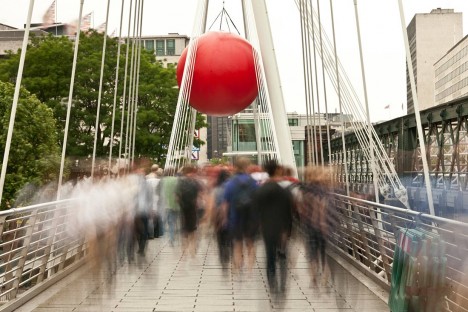 The sculpture has traveled around the world, lodged in every imaginable urban nook and cranny, from alleyways in London and bridges in Paris to the Montreal Biosphere and Chicago’s Grant Park. It’s currently en route to Memphis, Tennessee to begin its next residency. 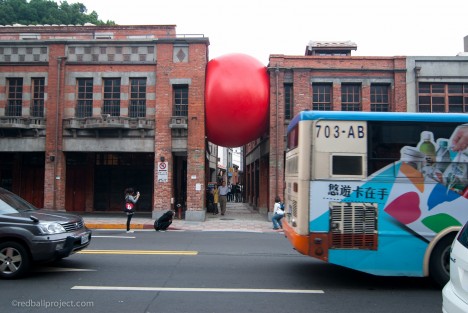 “Through the RedBall Project I utilize my opportunity as an artist to be a catalyst for new encounters within the everyday,” says Perschke. “Through the magnetic, playful and charismatic nature of the RedBall the work is able to access the imagination embedded in all of us. On the surface, the experience seems to be about the ball itself as an object, but the true power of the project is what it can create for those who experience it. It opens a doorway to imagine what if?” 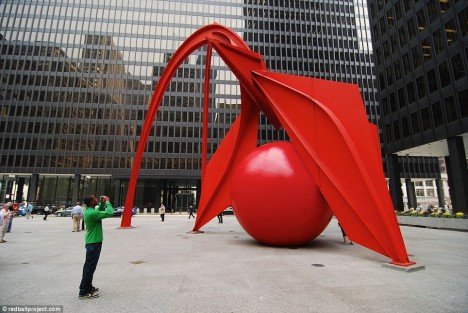 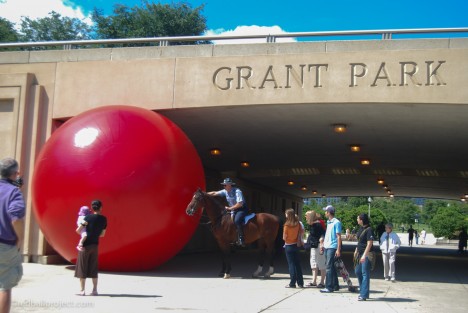 That last statement is especially true when the question is, “What if the ball gets loose and runs around the city?” It’s kind of a shame it didn’t get to travel farther before it was captured and returned.