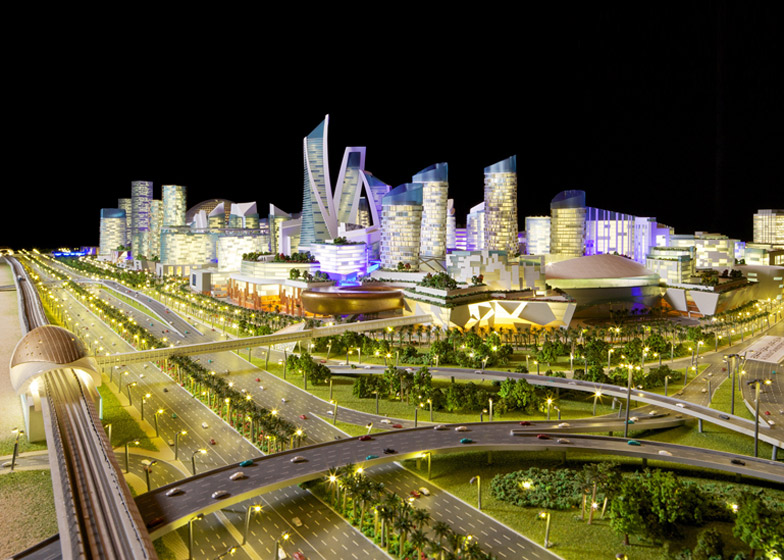 Always pushing the limits of posh possibility, this latest endeavor aims to put an entire urban center in a temperature-controlled bubble of indoor spaces, centered around a vast Mall of the World. 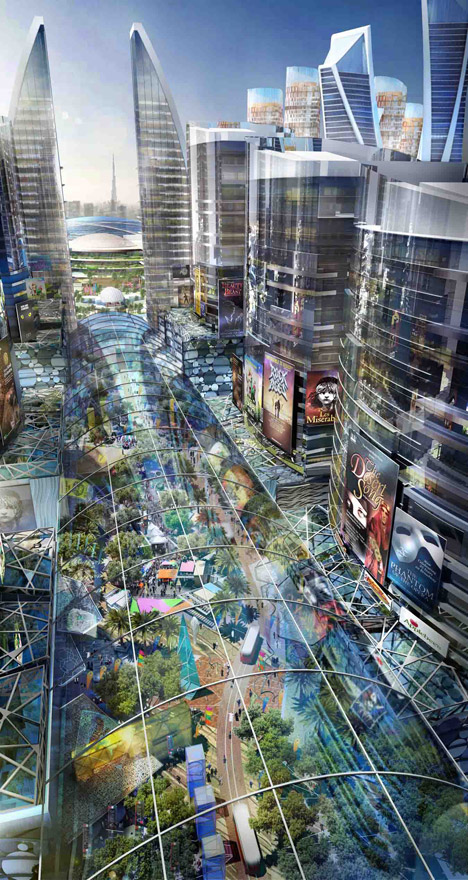 Everything one can imagine will be found inside the complex, including 100 apartment and hotel buildings, various medical services, a huge shopping mall and the world’s largest indoor amusement park. 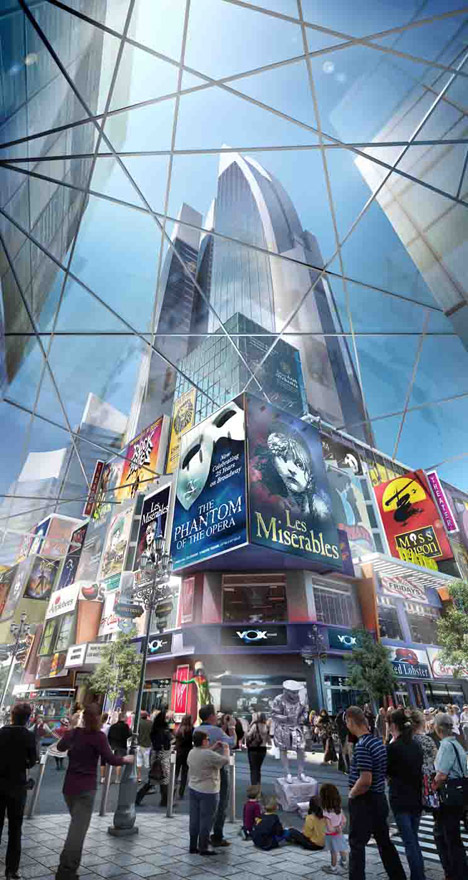 This over-the-top megastructure will join the Dubai’s collection of famous and record-breaking structures, from observation decks and submarine hotels to the tallest skyscraper in the world. 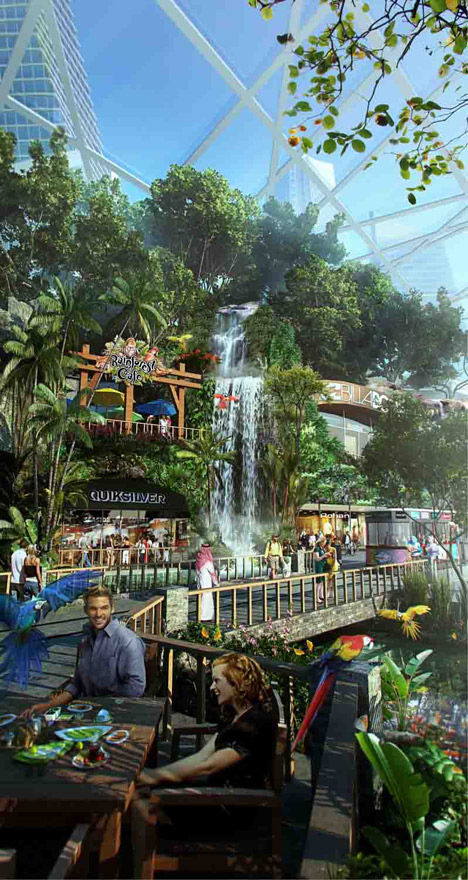 Its designers have unabashedly drawn from sources of inspiration around the world, including culturally central parts of New York, London and other historic metropolises. 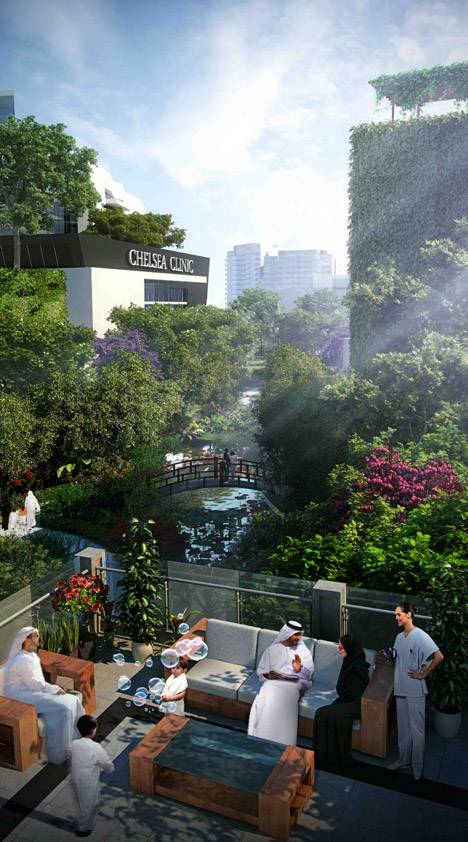 Like some surreal voluntary version of Stephen King’s Under the Dome, the whole thing can be experienced without stepping outside, particularly in hot summer months. In cooler winter months, some pedestrian street roofs and park domes will be retracted to allow for natural air circulation. 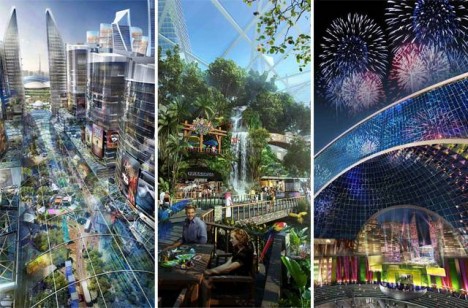 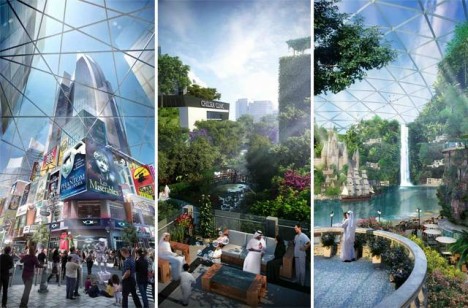 The goal, as expressed by Sheik Mohammed bin Rashid al-Maktoum (and envisioned by Dubai Holding), is to create a beacon for year-round tourism both from local visitors and those coming from abroad, transforming the UAE from a seasonal vacation spot to a place people can come at any time. 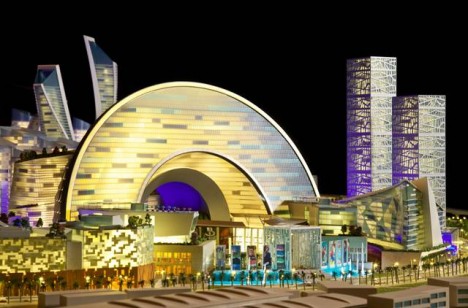 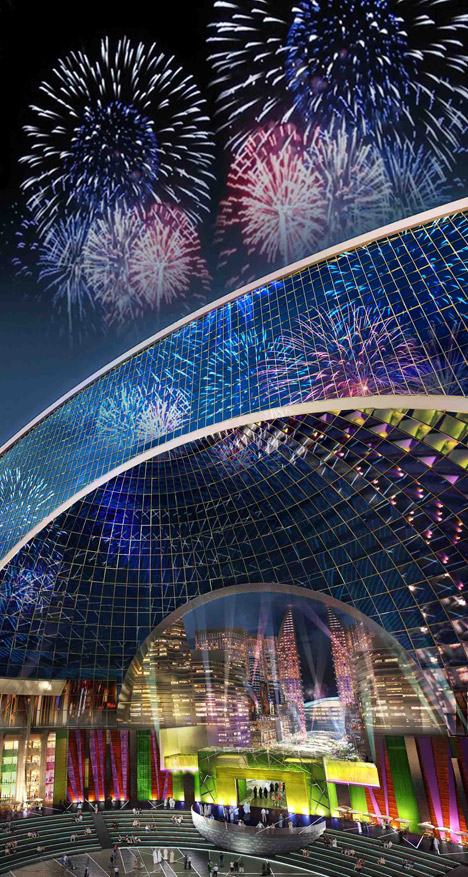 Its architects also claim the system will be eco-friendly, in part because the active and passive systems integrated throughout will work in concert with one another. Whether such a vast system in the desert can be green in the end (or willed be added to the growing list of failed abandonments in Dubai) remains to be seen .