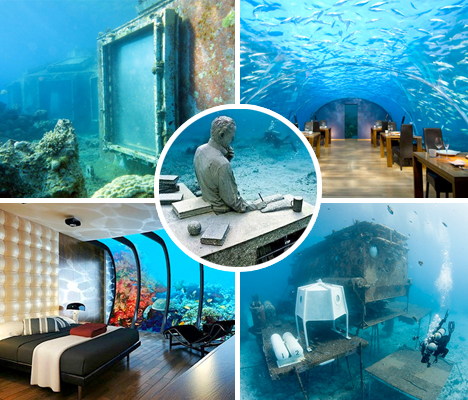 Enjoy a luxurious lunch, spend the night gazing at deep sea creatures, take in museum exhibits or even catch a glimpse at an underwater stripper pole in these seven wonders of submerged architecture. Located from 20 to 50 feet below the surface, these real-life submarine structures (including a couple concepts currently under construction) would make for a swinging town for mermaids and mermen if they were all located in the same place. 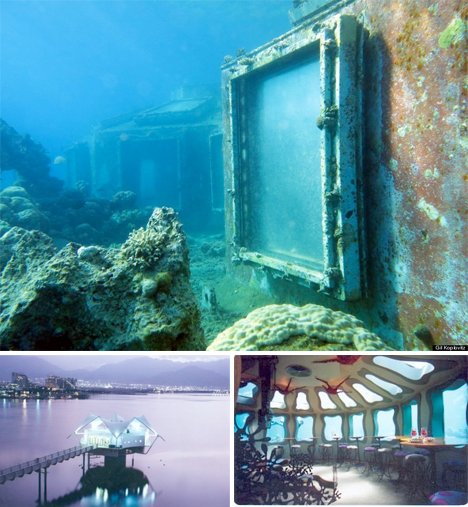 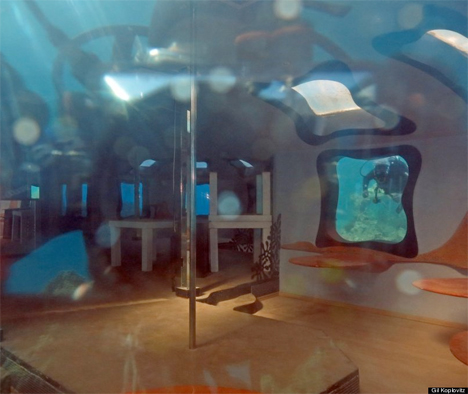 Once, this barnacle-covered underwater building in Eilat,  Israel was the Red Sea Star restaurant, bar and observatory. But when that didn’t work out, it became perhaps one of the weirdest submerged businesses of all time: a strip club. The entrance is above water; visitors crossed a 230-foot bridge and descended a flight of stairs to gain access, so no scuba suits were necessary. Surprisingly, the Nymphas Show Bar wasn’t a big hit. Since its closure, it has been abandoned. Marine biologist Gil Koplovitz captured a series of shots that peer inside, which can be seen at The Huffington Post. 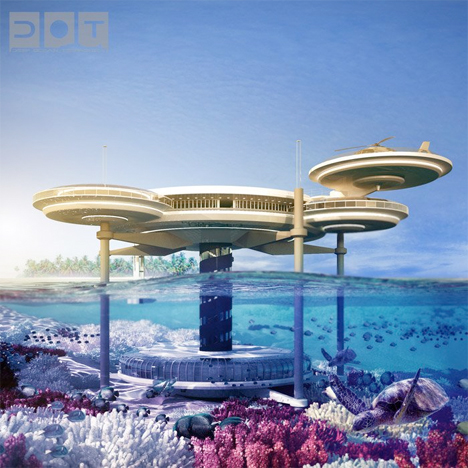 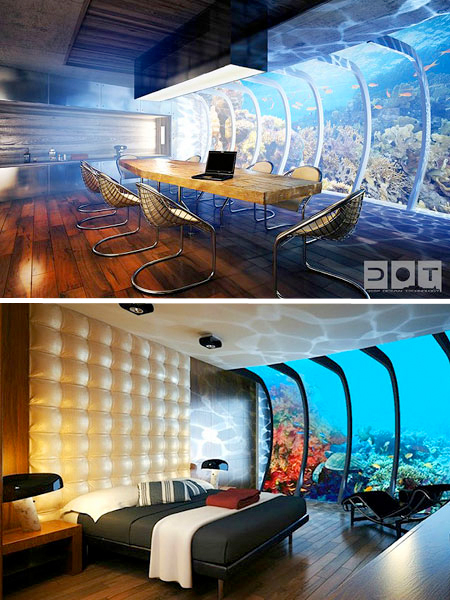 If you’re skeptical that the Water Discus Underwater Hotel will ever really be built, you’re hardly alone – it seems like one of many fantastical structures in Dubai that get a lot of attention as concepts but never manage to become reality. However, the developer has announced that construction is about to begin. The hotel will consist of a series of discs, some underwater and some above the surface, with 21 two-guest rooms in the submarine space. 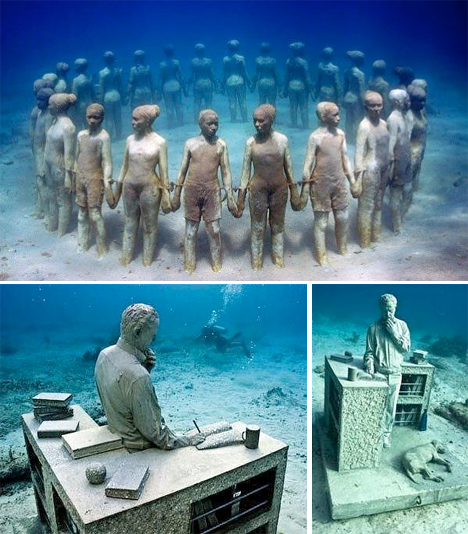 It may not have walls, but the world’s largest underwater museum is impressive nonetheless, with a series of displays made of pH-neutral concrete that can only be seen by divers and tourists in glass-bottom boats. The sculptures were designed to attract algae and marine life, making them an ecosystem. A total of 400 structures are planned. The Cancun Underwater Museum is located off the coast of Isla de Mujeres, Mexico. 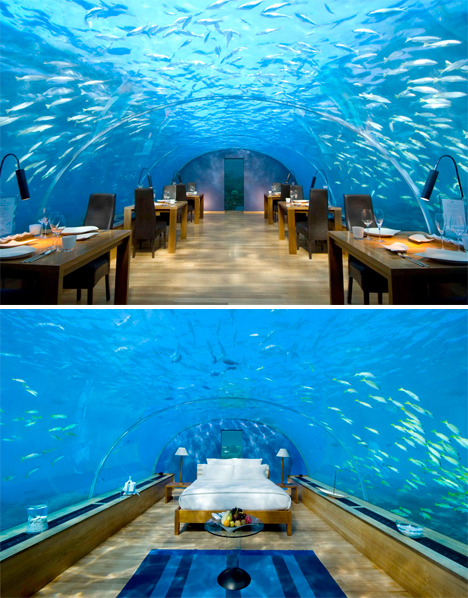 While many similar concepts have never gotten past the ‘impressive renderings’ phase, the Ithaa Undersea Restaurant at the Hilton Maldives Resort has been open since 2005. Made of acrylic with a 270-degree panoramic view, the restaurant seats only fourteen at a time, for an intimate and quiet underwater dining experience (that’ll cost you at least $120 per person – for lunch.)