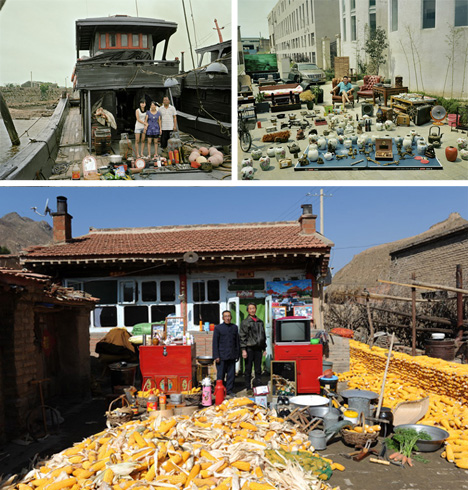 After a recent look at urban Europeans posing with all they own, this potent look at rural Asian families and their worldly possessions shows stark contrasts but surprising similarities as well. 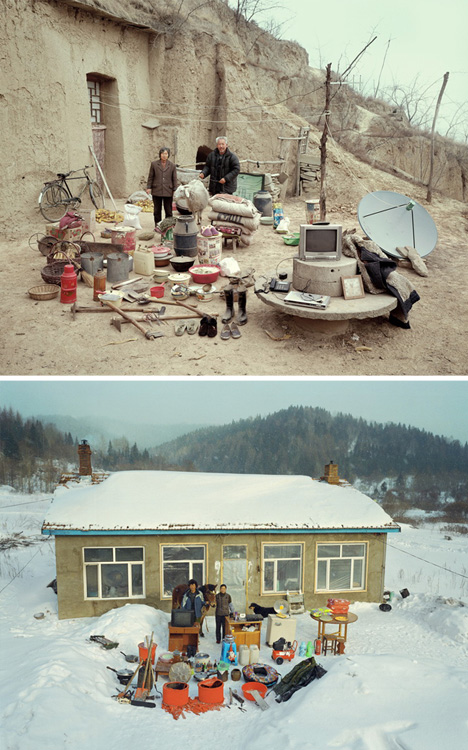 On the one hand, it is easy to see that their belongings are less polished and current … but on the other hand: it is remarkable just how many modern objects can be found not just in mansions but also mud-hut homes of the relatively-poor Chinese countryside. 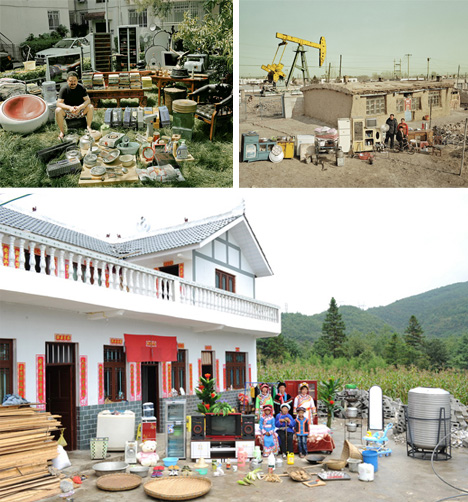 Old bikes and a mishmash of dishware and clothing might be spotted alongside a satellite dish, (albeit not a flat screen) television and laptop computer, whether the dwelling of the owners be an apartment building, roadside shack, coastal houseboat or desert yurt. 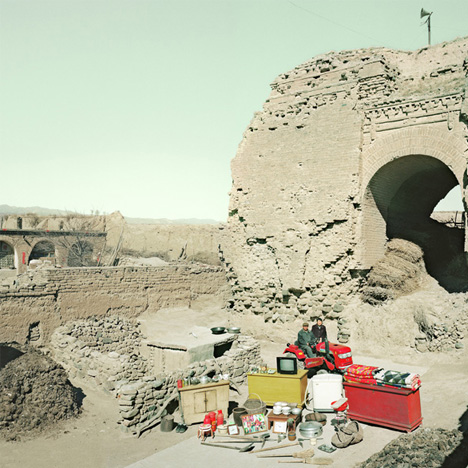 Huang Qingjun (images via the BBC) titles his series, loosely translated, “Family Stuff” – the years-long project is part artistic, but also part historical: an attempt to capture a moment in time in terms of its beautifully mundane materiality. 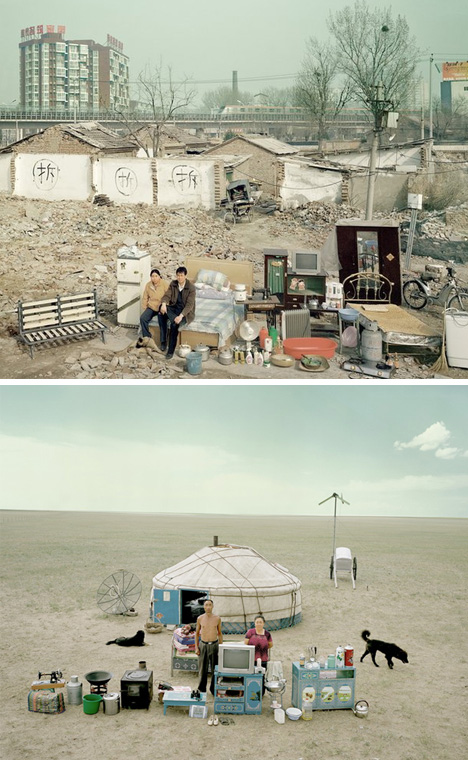 One of his observations is that this will, in fact, be history sooner than the people in the pictures probably realize. Though currently cut off from corporate brand culture, the rapid urbanization of China is bringing many of these traditional families into more mainstream, western-style living situations with remarkable speed.