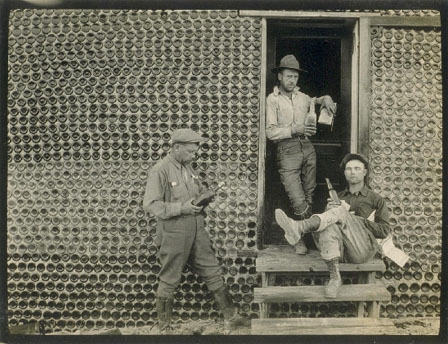 Have you ever thought of recycling as a creative act? To recycle something doesn’t necessarily mean just hauling used bottles, cans and cardboard to the curbside for pickup. Some creative people, either out of need or personal interest have taken the notion of recycling to the next level, using products that would be melted or shredded as whole objects in the construction of creative new buildings. 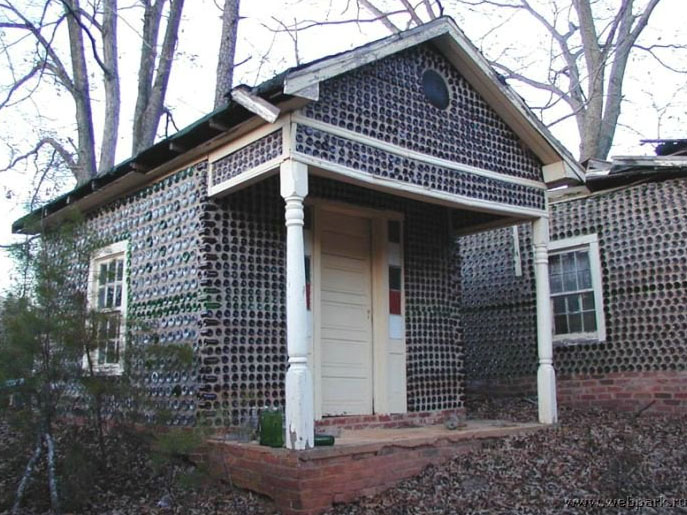 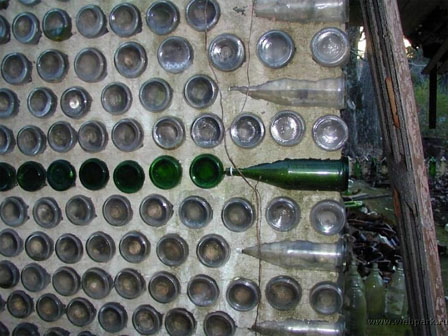 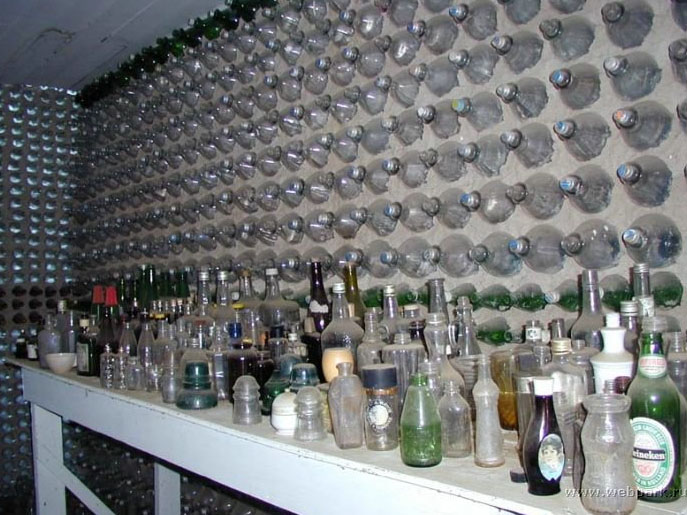 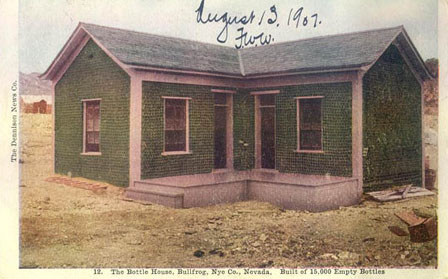 Bottle walls sounds like something a quirky eccentric would construct just for fun. In point of fact, the oldest surviving bottle house was constructed out of over 50,000 beer bottles in 1907, due to the lack of lumber available in the deeserts of Nevada. Though many bottle buildings are decades old, recent structures around the world have been built out of necessity in places where both building supplies are scarce and other recycling methods are unavailable. 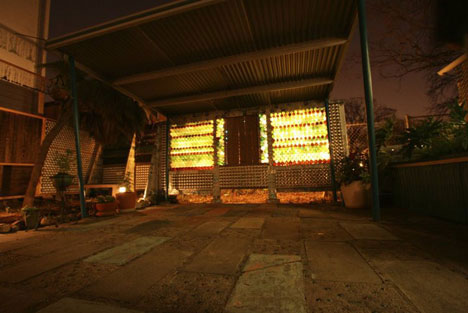 The now-famous Texas beer can house, however, was indeed the result of one man’s eccentricity. What began as one man’s bored urge in the 1960s resulted in a 2-decade, 40,000-can creation that truly is a strange wonder of the world. John, the house’s creator, is survived by his wife Mary, who still invites the public to come and see his amazing creation. John was just an ordinary man who saved beer bottles for years, until he finally came up with a clever way to use them. The latter two images above come via The Beer Can House dot Org. 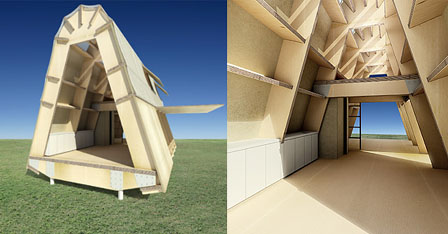 A cardboard house may seem even more implausible than one constructed of beer cans. With the right water-proofing, however, just such a house would be not only sustainable but also exceedingly affordable. This so-called house of the future is designed with exterior waterproofing and water storage under the floor to protect it from the water and from blowing over in the wind. Of course, cardboard is also a highly collapsible building material, making the shipment of the house also more environmentally friendly, efficient and inexpensive. 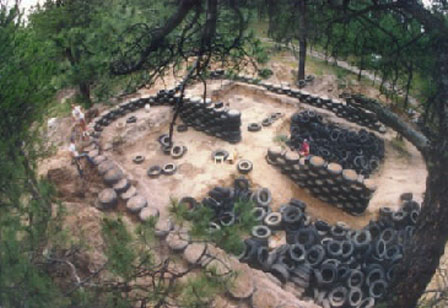 Tire houses are arguably more practical and ultimately realistic than cardboard buildings. Used tires are abundant in our oil-driven world where vehicles are common and changing tires is a fact of life. The thermal mass of a tire wall works well in summer or winter, mitigating the exterior and interior temperatures so the house is never too cold or too hot inside. Construction can also be accomplished by the home owner with relative ease.

Straw bale houses also make use of a common and regularly sized material that is relatively available and inexpensive. This regularity makes working with the building blocks relatively easy. Many such houses, once they are completed and covered outside and in, do not even look to be made of straw. Know of other architecture using creatively adapted recyclables (such as shipping container architecture)? Feel free to share in the comments below!