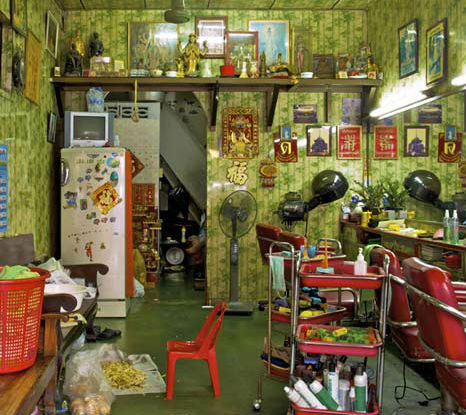 What would you think if you walked into an antique store in your town, and found it overflowing with the owners’ laundry? In much of the Western world, we tend to keep our lives rigidly compartmentalized, but in Southeast Asia, the boundaries are blurred – resulting in seemingly chaotic and visually stimulating live/work spaces. German photographer and artist Peter Nitsch documented these small combined homes and businesses for his series ‘SHOPHOUSES – 4 x 8 m Bangkok’. 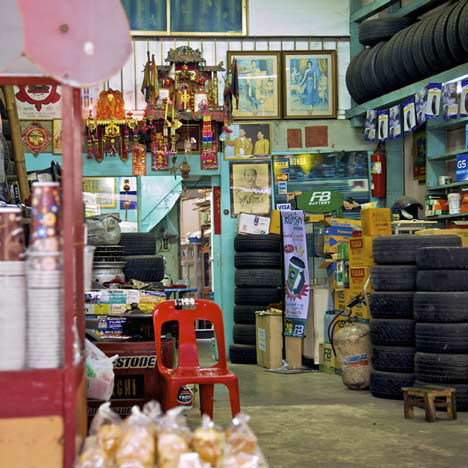 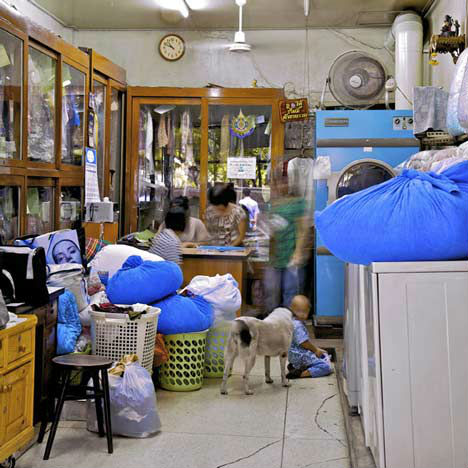 Mechanic shops are filled to the brim with both the expected stacks of tires, and colorful art. In a hair salon, a woman sits beside a refrigerator, peeling potatoes. A watchmaker’s shop is packed floor-to-ceiling with boxes and trunks. Doors open to private spaces beyond, giving customers a glimpse at the private lives of the owners. 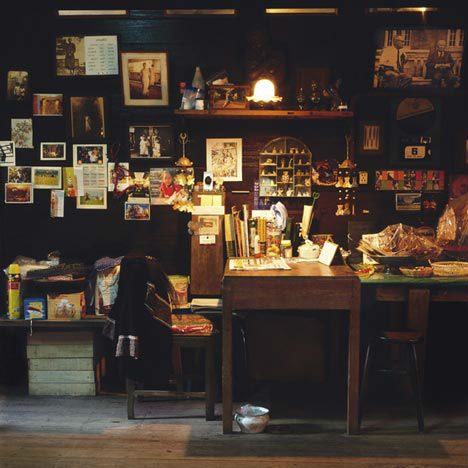 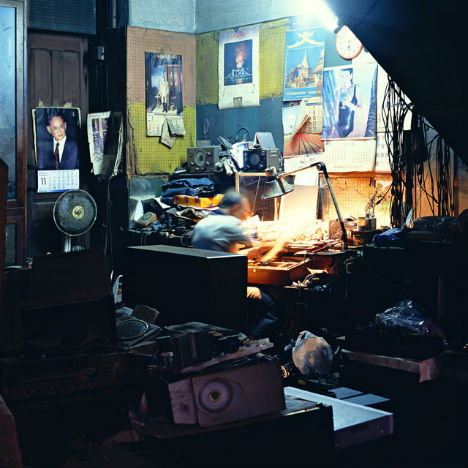 Bangkok is full of these combination home/businesses, which are usually two stories with the lower level open to the street, but the typical tourist will never notice. These shophouses can be founded on the outer edges of the city, away from the snarled traffic and blinking neon lights. 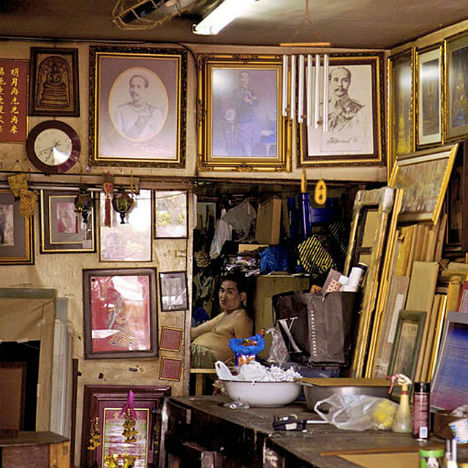 “But if one allows the pictures to make an impression, a fractal pattern with a high degree of similarity is to be gradually recognised in the overfilled rooms, which from the sheer number of objects suddenly makes a structured Mandelbrot set,” says Nitsch. “The chaos becomes a cosmos and thus transforms into its opposite: an orderliness, to which the photographs additionally lend their characteristic power of peace.”