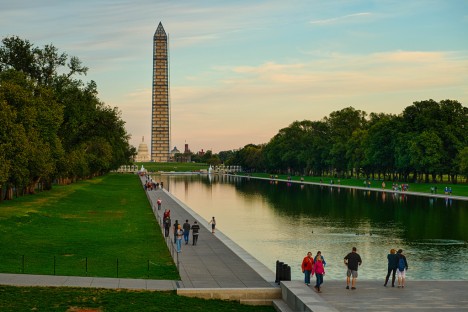 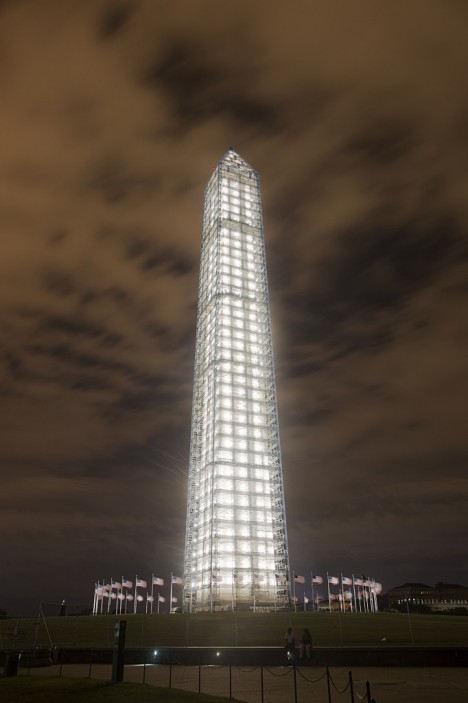 The Washington Monument is not only one of the capitol’s most striking installations, it’s also one of its oldest: the obelisk’s cornerstone was laid down in 1848 (though it wasn’t completed until 1885). The 2011 Virginia earthquake caused serious damage to the monument’s structure and facade, and repairs were made over a 32-month period ending in May of 2014. 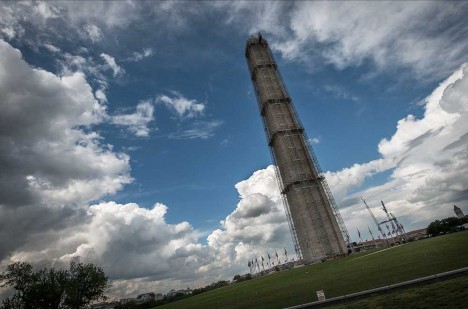 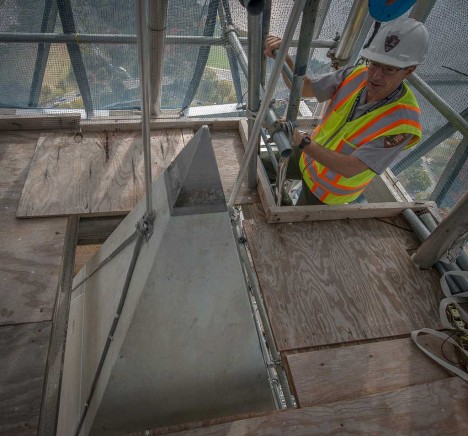 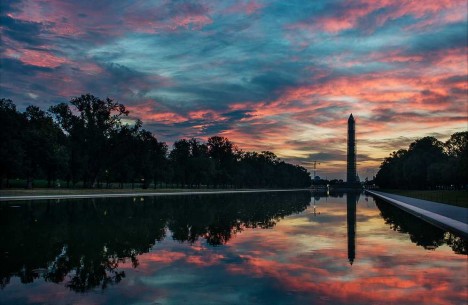 While repairs were ongoing, a surprisingly attractive scaffold & scrim was put in place. The translucent scrim was striped with opaque layers of fabric approximating a brickwork pattern. When lit from within at night, the result had some onlookers hoping the scrim would remain after the work was done! Credit The Trust for the National Mall and photographer Colin Winterbottom with the above images. 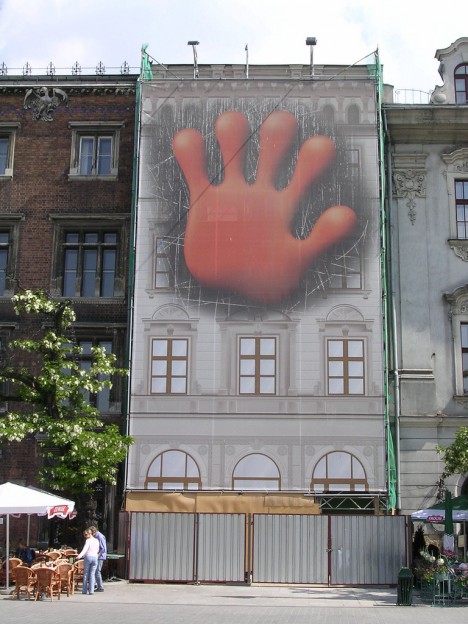 Taken on May 30th, 2004 by Flickr user and photographer Henry Pisciotta, the amusing & bemusing scrim above conceals restoration work being performed on a building in the Rynek Glowny – Cracow, Poland’s main market square. We’re not sure if the message is hands off, or give us a hand. Why not both? 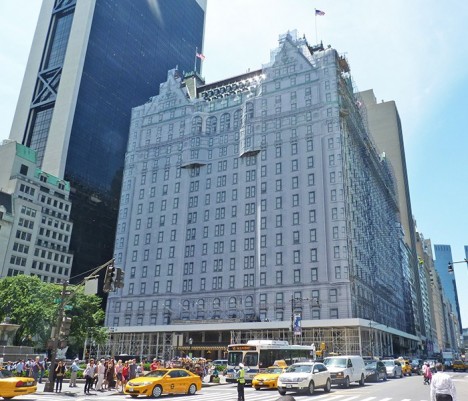 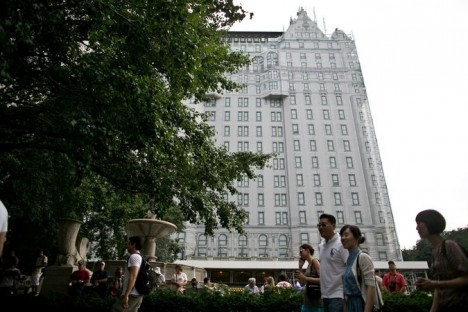 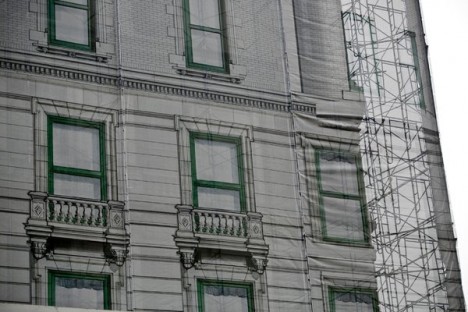 Opened in 1907 and a National Historic Landmark since 1986, midtown Manhattan’s iconic Plaza Hotel was – and still is – THE place to stay when visiting the Big Apple. Therefore, one does not simply throw a sheet over the Beaux-Arts building’s 62,000-square-foot front facade when it’s time to spruce up the brickwork. Thanks to a meticulously measured scrim by Paul Britten, guests found their pricey vistas over Central Park to be picture-perfect over the course of the hotel’s renovation.