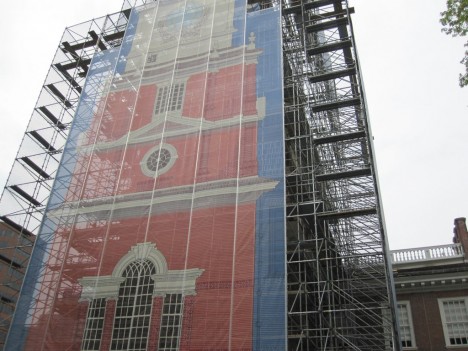 To say Philadelphia’s historic Independence Hall was overdue for a makeover is an understatement. Originally opened in 1753 (the tower dates from 1828), the building has undergone well over a dozen re-workings and renovations over the succeeding quarter-millennium. The most recent effort began in mid-2010 and focused on the clock tower. 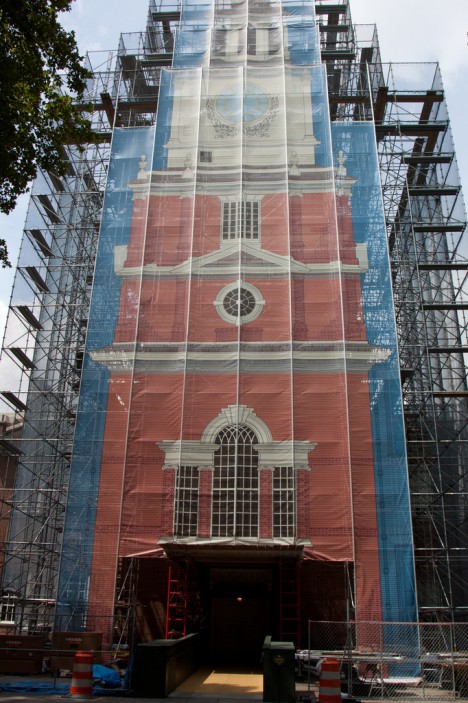 Locally-based Superior Scaffold Services was contracted to perform the 14-month, $5.6 million renovation and in doing so, faced a number of daunting challenges concerning the decorative scrim surrounding the 12-story tall tower. According to Superior, “strapping what amounts to a sail to scaffolding around a 250 year old building is dangerous business.” In the event, crafting the scrim from 150 individual polyester panels connected in a way that reduced stress to a minimum did the trick – Independence Hall re-opened in early 2013 to rave reviews. 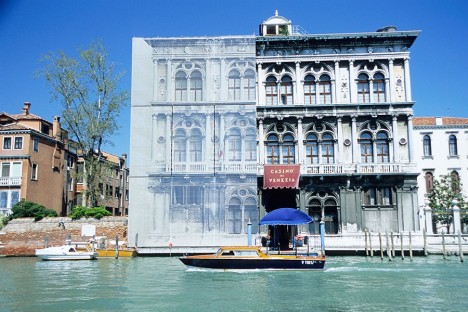 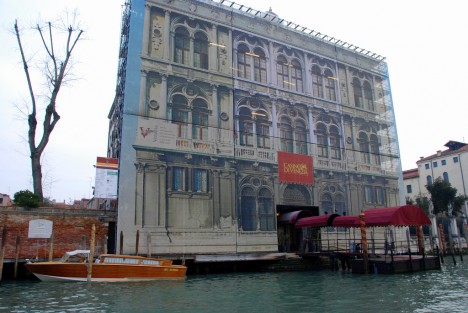 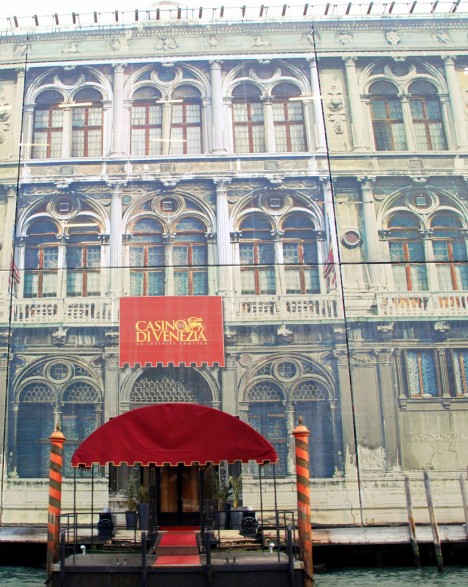 The Casino di Venezia in Venice, Italy is said to be the world’s oldest continually operating casino… and by 2008, it sure looked the part! Renovators created a custom scrim depicting the expected result of repairs to the casino’s facade, as shown above in Flickr user Kevin Harber‘s images from February of 2009. 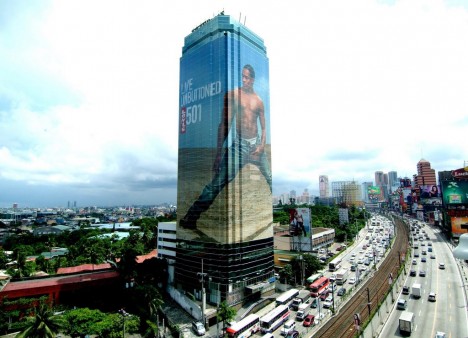 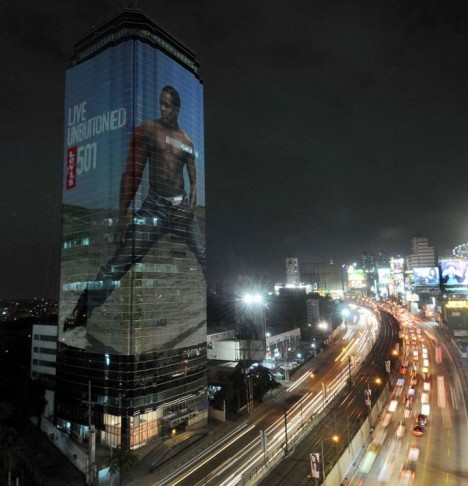 Wrapping up this look at building scrims, scaffolds and wraps is the world’s largest wrap (according to the Guinness World Book of Records) located in Guadalupe Nuevo, Makati, Metro Manila, the Philippines. Panoramio user Chito Gutierrez captured this view – presumably from a neighboring skyscraper – in February of 2009. Colossus of Rhodes, eat your heart out!