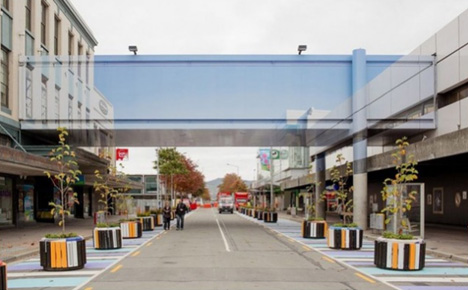 New Zealand artist, illusionist and urbanist Mark Hewson has a good many tricks up his sleeve involving spatial deception, convincing citizens there is less (or more) to their city than can ordinarily be seen. 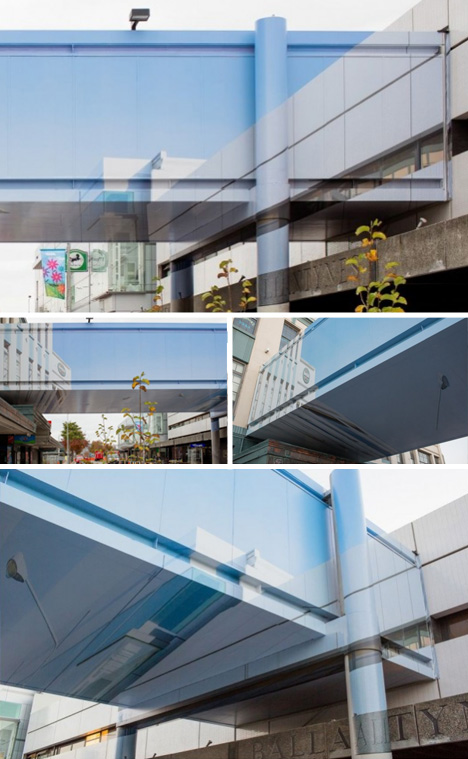 His first trick in this series: disguising an ordinary street-crossing skyway from a series of key vantage points. But even from alternate angles where the lines do not sync up, the effect is dizzying. Our pattern-seeking brains keep looking for transparency or reflection where there is just a solid painting. 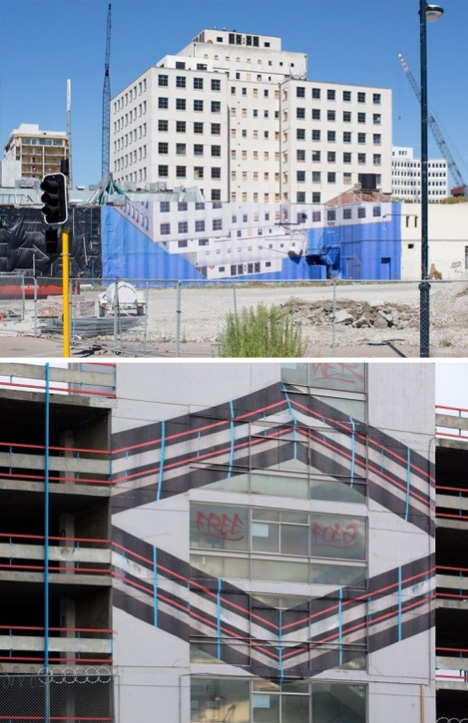 Other illusions in his repertoire involve mirroring or warping unseen elements behind solid surfaces or sheets of material. Again, this toying with voids and our structural expectations induces odd forms of visual vertigo. 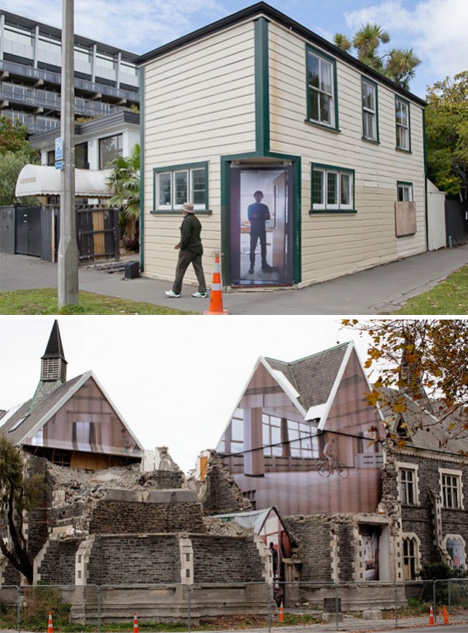 In previous projects, like the Lost Space Installation, he has worked with gaps and openings, filling them in with imaginary scenes that range from plausible to impossible. While these may be more obviously fake on the surface, they create a nonetheless potent sense of spatial distortion and disorientation.