Proposed by a landscape architect from Edmonton, Alberta, this 7-mile urban project may not be as far fetched as it first sounds – in many regards it is simply a linear extension of an ice skating rink or more pragmatic variant of for-fun skateways found in Holland and Russia. 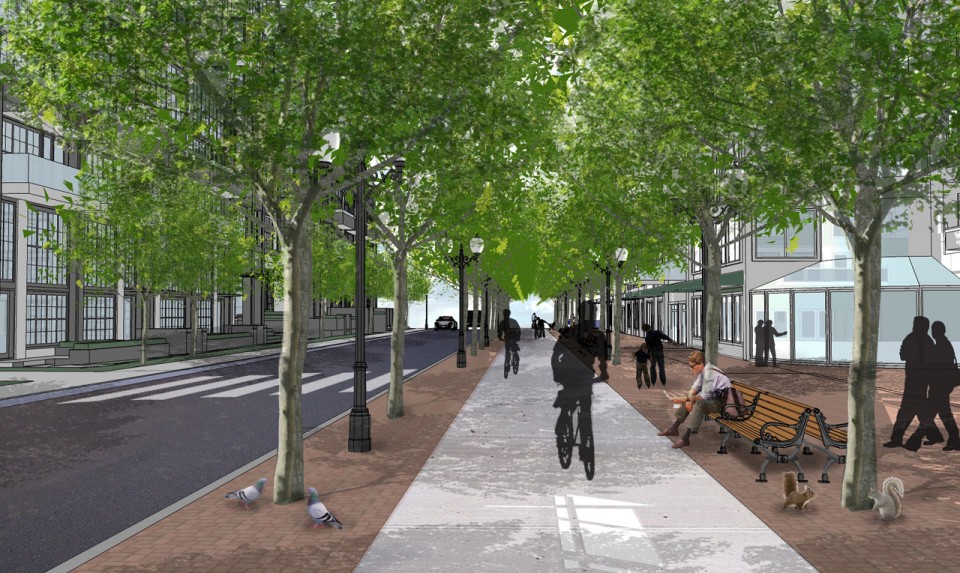 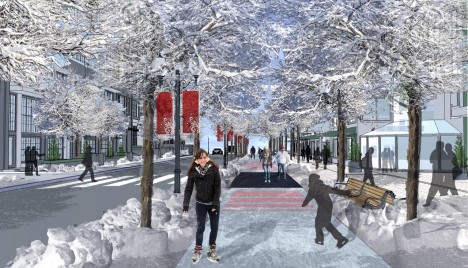 For the many cities in the United States, Canada, Northern Europe and elsewhere that are only warm (and thawed) enough for comfortable biking half of the year, designs like The Freezeway by Matt Gibbs could provide a means to modify extant bike pathways to get exercise, have fun and commute to work during colder months. The process is not as simple as pouring ice on existing paths – issues of grade, embankments and connections would need to be addressed – but the concept is gaining momentum and these problems all have solutions.

The idea has local appeal for places like its architect’s hometown, which is ice cold for much of the year and dark to boot, providing an excuse to get outdoors as well as a way to move about the city. It also has potential international appeal as a tourist attraction and urban icon akin to the High Line in New York, Garden Bridge coming to London, Sea Wall in Vancouver and other one-of-a-kind landscape projects around the world.

More details from the designer: “By shovelling a mapped out route, the space between snow banks could be flooded, perhaps by a fire hydrant at first (though it’s not ideal), creating a web of trails to explore on skates, requiring minimal expenditure …. This space could eventually be animated by lights and music. If popular, it could incrementally expanded every year.” 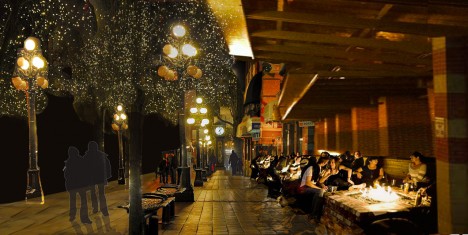 More on the advantages for and beyond commuting: “This project is not meant to be a tax payer’s burden. The Freezeway is meant upgrade city infrastructure for a multitude of uses, potentially doing wonders for the redeveloping City’s core, our international reputation, as well as attract investment into the City. The proposed route exists entirely on existing City infrastructure; the land is already secured. The numerous character areas along the route could be developed in phases, lending themselves well to private funding/sponsorship, like Calgary’s GlobalFest, or Vancouver’s Festival of Light fireworks shows, funded by donations of over 1 million dollars annually. The design team is currently exploring numbers.”