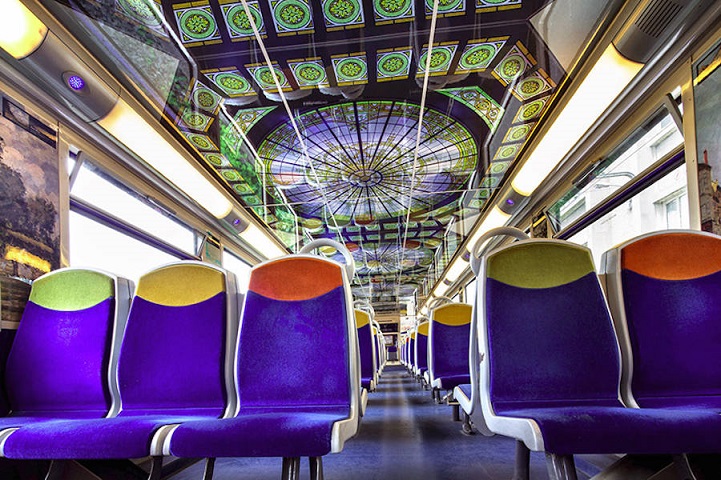 Commuters traveling from Gare Saint-Lazare to Vernon-Giverny in France get to gaze up at a selection of impressionist art from the Musée d’Orsay applied right onto the walls and ceilings of their train cars. The SNCF (French National Railway Company) collaborated with the adhesive experts at 3M for a summer-long installation that will make rail travel a lot more beautiful and relaxing. Three double-height cars on the RER line have been altered for the project, photographed by Christophe Recoura so the rest of the world can catch a glimpse, too. 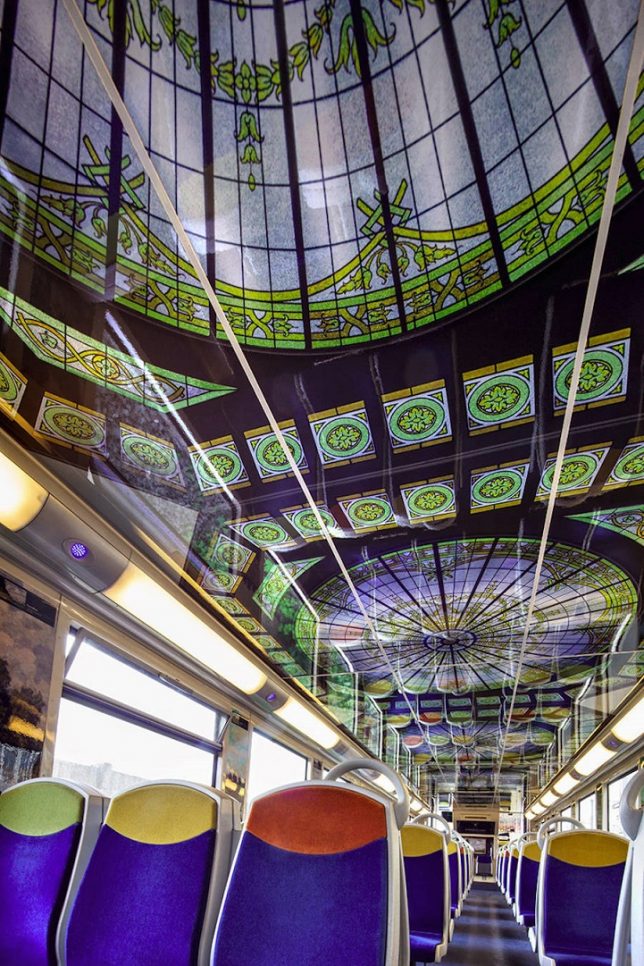 An adhesive graphic film printed with impressionist scenes was carefully applied to immerse train travelers in these serene compositions starring the vague painterly brush strokes the movement is known for. Each car has its own theme: gardens and water, local landscapes or Paris industrialization. 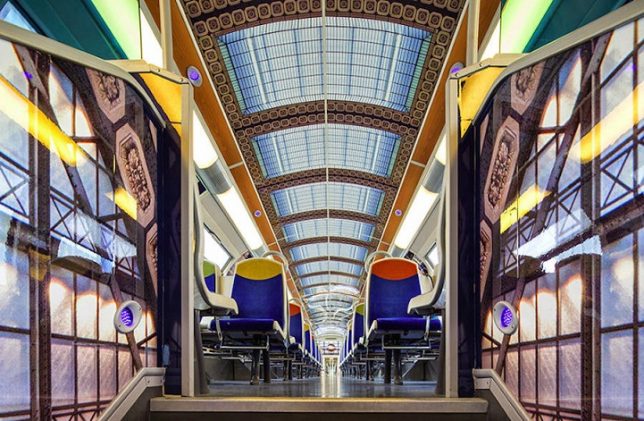 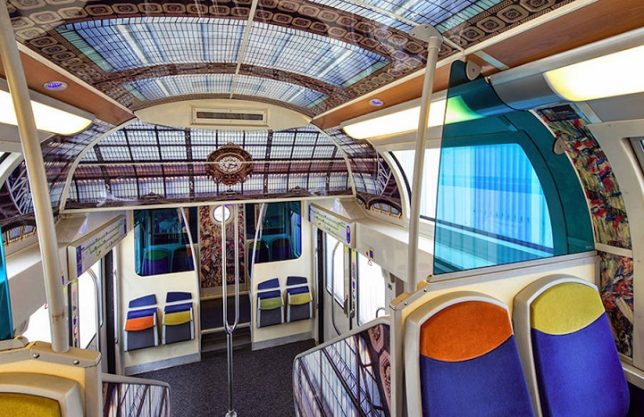 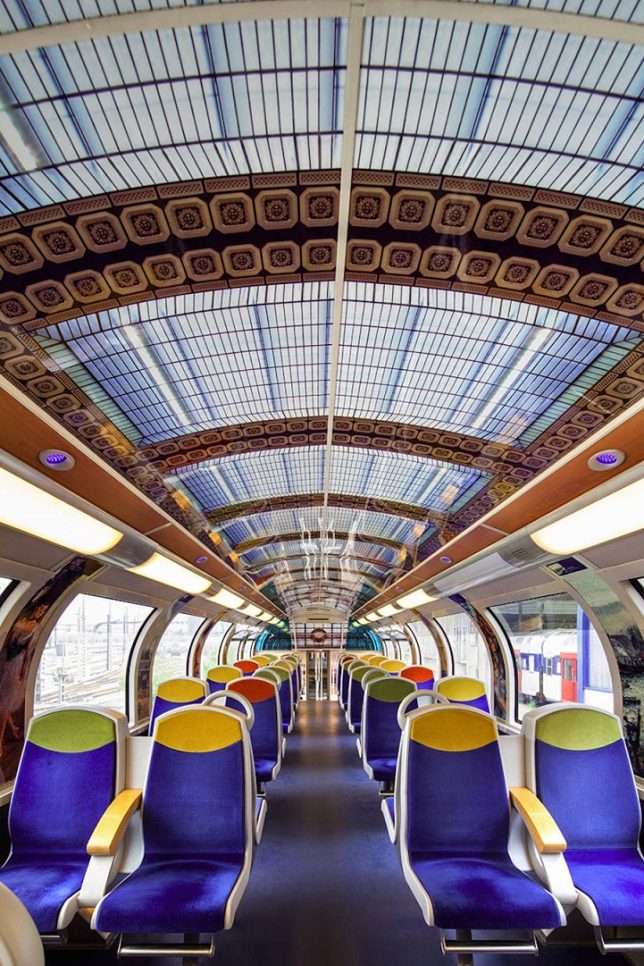 This particular line serves visitors heading to Normandy, the birthplace of Impressionism and home of the annual Impressionist Festival. Sight-seers can gaze up at works by painters like Claude Monet as they travel to his former home in Giverny or to the André Malraux Museum (MuMa), which hosts the second-largest collection of Impressionist works in the world after the Musée d’Orsay in Paris. 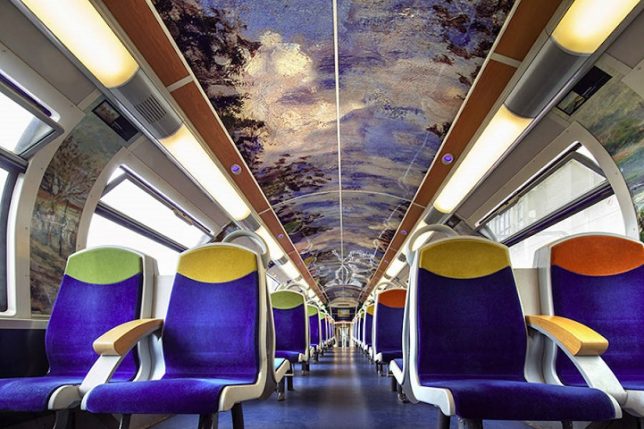 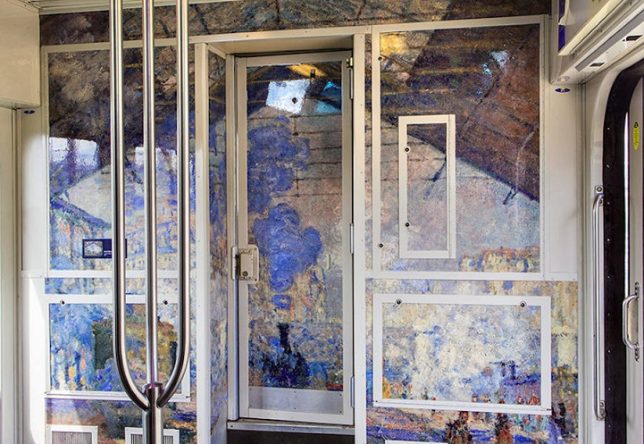 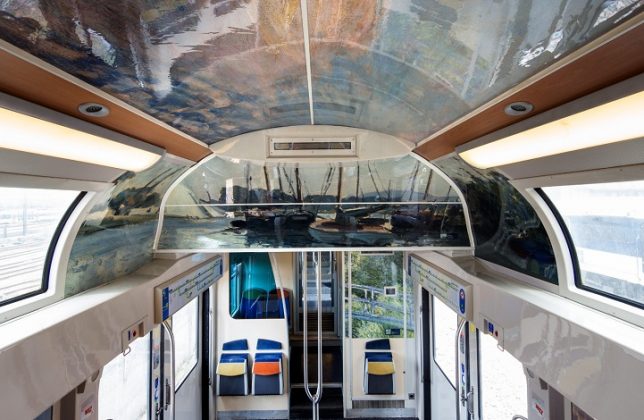 In fact, a long-serving steam train line direct from Paris to Normandy is credited with encouraging artists to travel to that lush, peaceful corner of France in the first place as Normandy became home to a new school of open-air painting. The trains carried the artists, their families and their aristocratic clientele back and forth between the two cities, delivering them from the modern metropolis to a countryside full of cliffs, meadows and Gothic cathedrals.