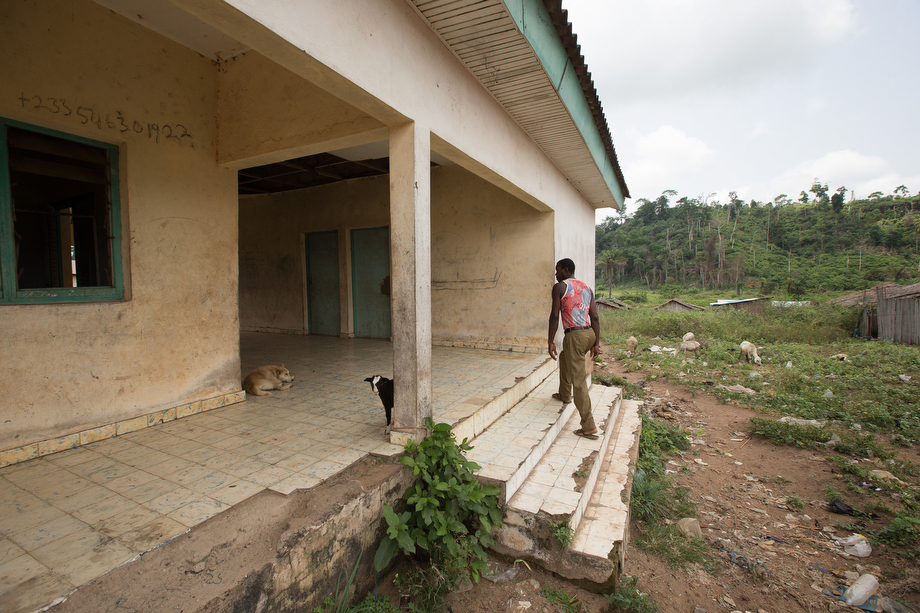 It’s prognosis negative (and not in a good way) for these abandoned walk-in clinics – obviously everyone within walking distance was perfectly healthy. 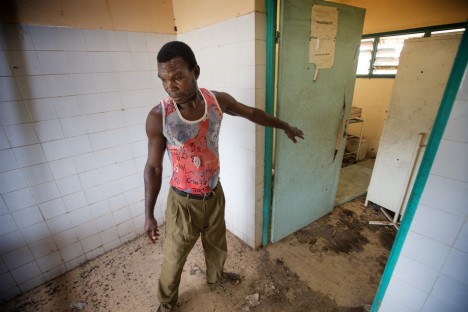 You know there’s a chronic public health crisis when the local public clinic’s doctor high-tails it outta town and the clinic itself has been abandoned for years. The photos above, taken by Mike DuBose of UMNS during the height of the 2015 Ebola outbreak, features fisherman and village elder Boh Lion at an abandoned health clinic in Monogaga, Côte d’Ivoire. It’s not stated whether Lion owns the sleeping dog and small goat in the first photo. 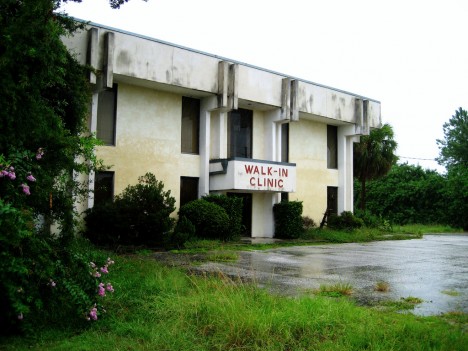 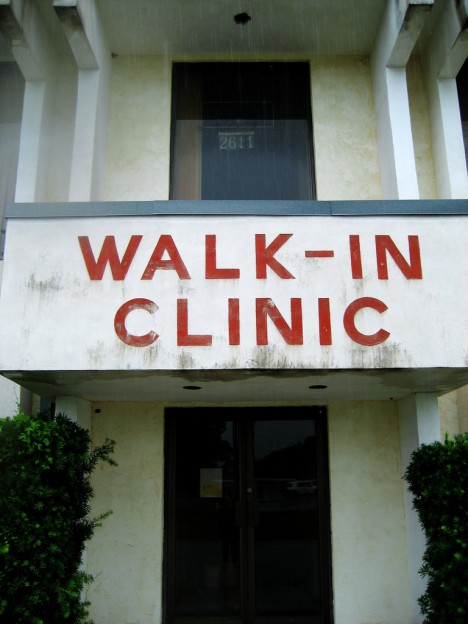 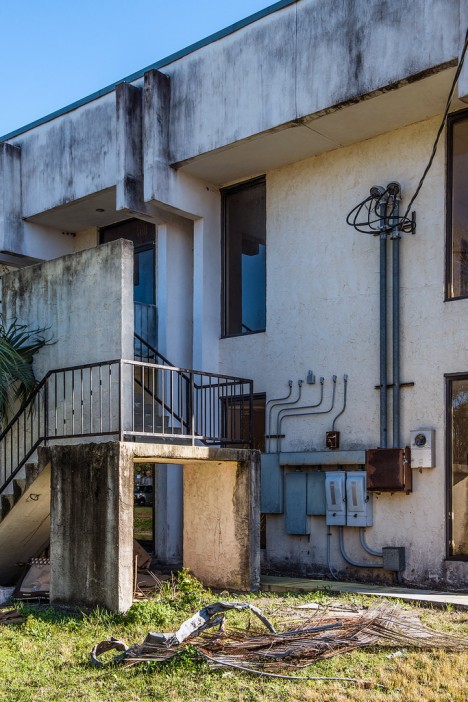 Does The Walking Dead need a new shooting location? Flickr users AsherXIII and Adxm Petersxn captured this rather generic Kissimmee, Florida “Walk-In Clinic” in July of 2012 and February of 2014, respectively. Rumor has it the clinic was the scene of a drive-by shooting in late 2006… at least the victims, if any, were in the right place at the wrong time. 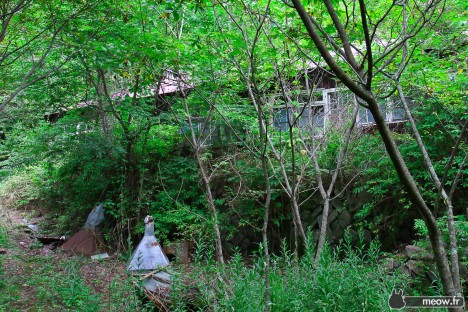 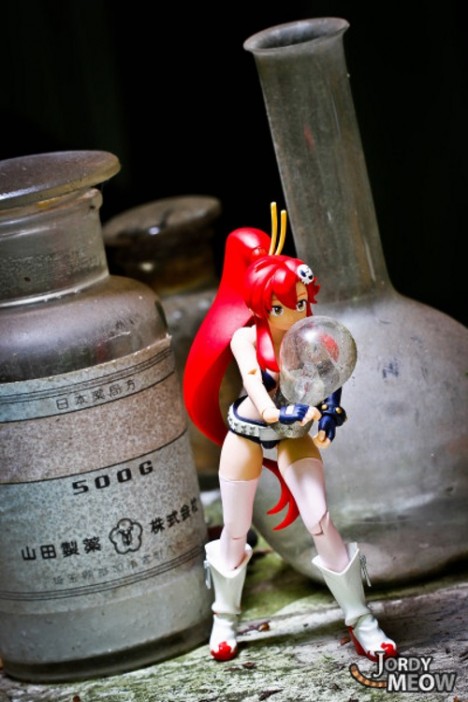 Haikyo explorer and blogger Jordy Meow of Totoro Times visited the former mining town (and current ghost town) of Nichitsu in December of 2011, and he brought his figurine “friends” Yoko and Haruhi along for the adventure. Though the town’s clinic is in very bad shape due to the elements and local vandals, much remains from what must have been a hasty evacuation… and by “remains”, we mean human remains preserved in formaldehyde-filled glass containers. 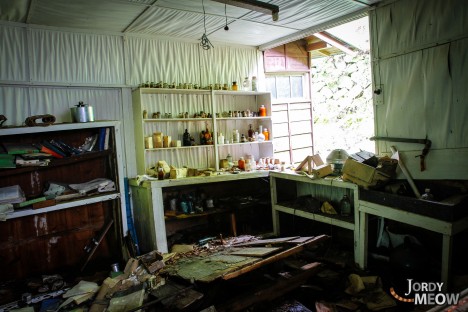 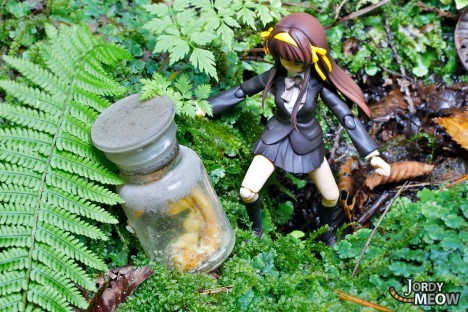 That’s Haruhi above, posing with a glass jar containing a human ear… how sweet. Located in Saitama prefecture north of Tokyo, Nichitsu was abandoned around 30 years ago when the mine played out. 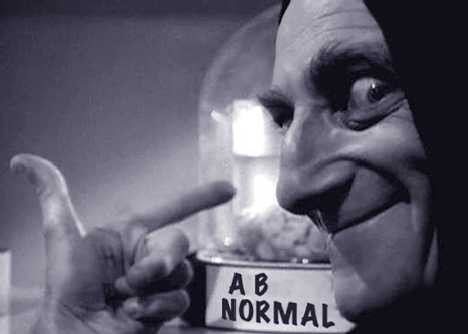 According to Jordy Meow, visitors to the ex-clinic occasionally abscond with a medical sample or two. The most famous, er, infamous missing sample is the legendary “Nichitsu Brain”. Now who in their right mind would want to steal a brain?