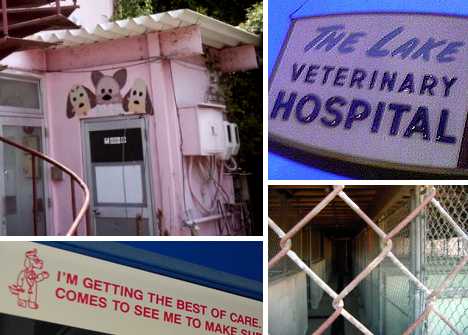 Put away the cat-carrier and make your own Cone of Shame; these abandoned veterinary clinics and shuttered pet shops are closed fur good.

Ocean County Veterinary Clinic in Lakewood, New Jersey is a pretty grim place, even for New Jersey, though one would have to agree things are looking up now that the pet clinic has closed and the animals have gone. Whispered rumors of poor care by clinic managers and unconfirmed anecdotes of euthanized animal carcasses found in the clinic’s dumpsters dogged (sorry) the facility for years. 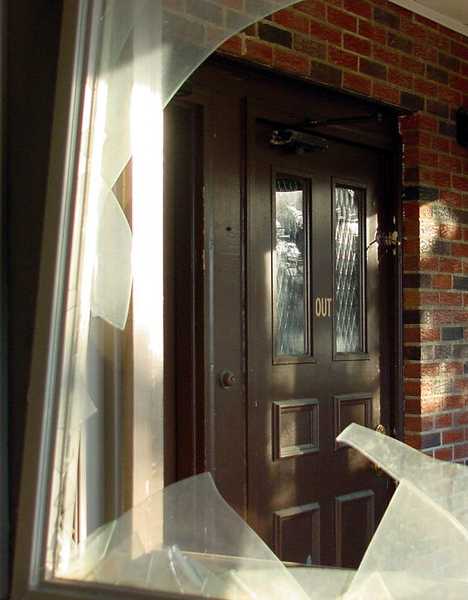 The labyrinth of claustrophobic chain link cages in the back supports long-running allegations the clinic had contracted with local animal control departments to “warehouse” stray dogs and cats, most of which never escaped a presumably grim fate. “There is a heavy, doomed feeling within these cages;” reports urban explorer “Shady” from Lost Destinations, “even the very trees seems to forbid entrance as they stretch their thorny limbs across the entry gate.” Scarier than Snooki! 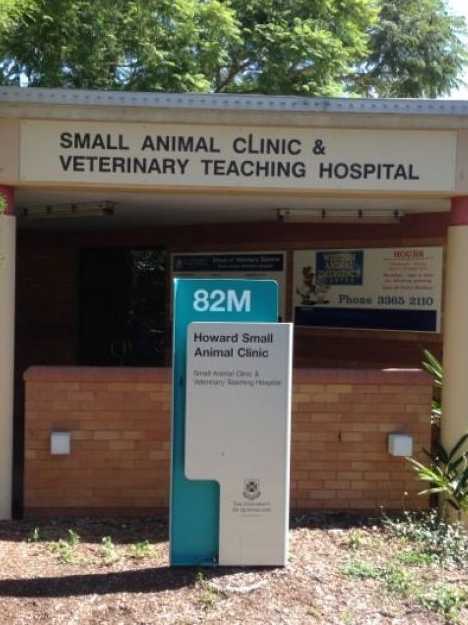 Time’s up for the Small Animal Clinic at the University of Queensland’s St Lucia campus, which has closed after serving area pet-owners for over half a century. While the decision to shut down the St Lucia clinic and transfer its staff and functions to the newer, larger Gratton clinic may be sound financially, Brisbane residents who brought roughly 9,000 small pets to the red brick building annually are, er, hopping mad.

The Doctor Is OUT

(images via: Beth Budwig and KGO-TV)

The Lake Veterinary Hospital in Oakland had been patching up pets for the better part of 40 years when suddenly, without any warning, it shut its doors. The owner was nowhere to be found, leaving pet-owners not only at a loss but facing the prospect of their pets’ medical records being lost as well. Thanks to Michael Finney of KGO-TV’s “7 On Your Side”, however, the story has a happy ending: the vet was located and clients were assured their pets’ records are safe and will be sent to them. No telling what lies in store for the clinic and its awesome retro sign, though. 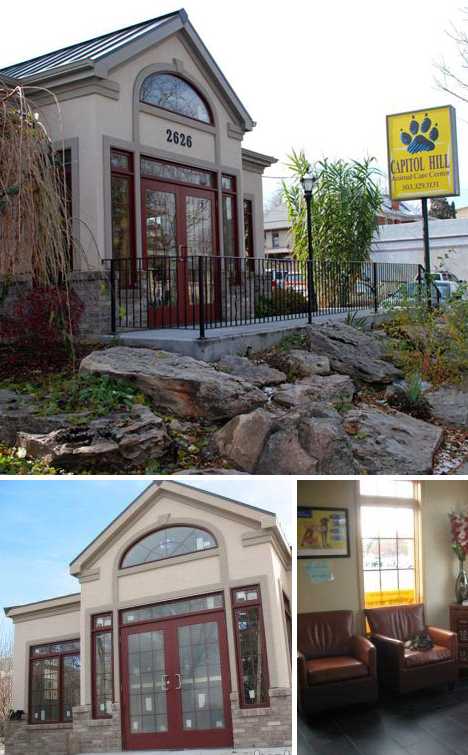 The former Capitol Hill Animal Care Center only closed recently but it still exudes an ominous “Frankenstein’s Castle” vibe all too commonly found with abandoned, closed and disused businesses. Located in Denver, Colorado, the clinic evidently wasn’t a hit with owners of dogs, cats, birds and (wait for it)… broncos.