Three Strikes, Yer Out Of Business

Third time’s the charm for the Bali Animal Welfare Clinic, shut down by authorities in late October of 2013 after ignoring three successive warnings against operating without a license. No word if the missing paperwork concerned a cat license, a bee license, or anything to do with a pet named Eric who ‘ad an accident. 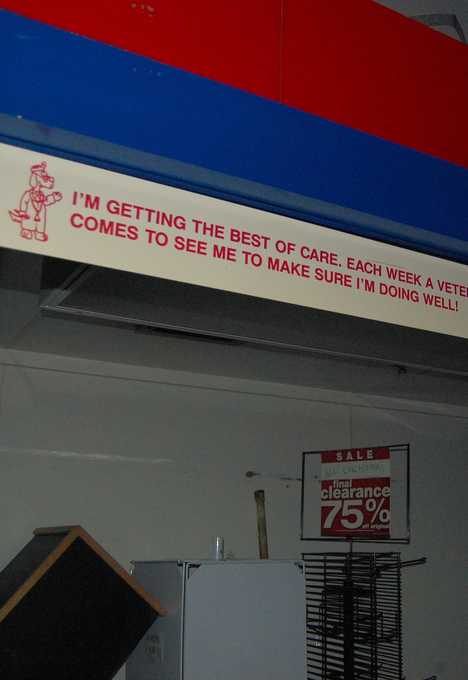 “I’m getting the best of care, each week a veterinarian comes to see me to make sure I’m doing well!” Not any more! We don’t know about the pets but “Family Of Pets” in the abandoned Livonia (Michigan) Mall isn’t doing well at all… in fact, you can forget the vet and just call an undertaker. Slightly off topic, wouldn’t “Family Of Pets” make a great band name? Full props to Flickr user Scott Miller for the above and other images of this dark and disturbing abandoned pet store.

California’s Fort Ord operated for 77 long years, finally closing in 1994. Many of its buildings were abandoned and though some were demolished, most still stand “as is”. The latter category includes an assortment of WWII-vintage Fort Ord Station Veterinary Hospital buildings. Believe it or not, the United States Army employed horse-drawn artillery and mounted cavalry patrols to help defend the west coast during the war!

History fans will be pleased to know that as of January 10th, 2014, a city-approved stabilization project aiming to preserve these buildings has swung into action. The project, according to historian Greg Krenzelok, “is intended to halt deterioration of the warhorse hospital by making the buildings watertight with new roofing and paint.” Giddyup! 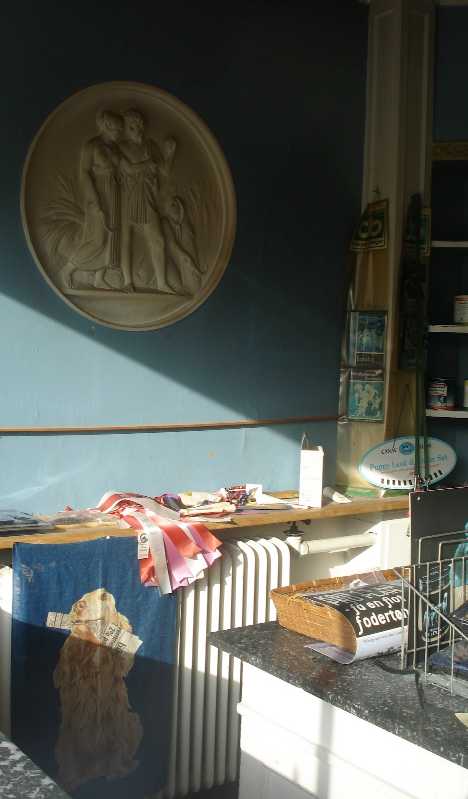 Frozen in time and space, the abandoned pet shop above could have been vacated years ago or only yesterday. Delft blue walls gently illuminated by the wan rays of a weak winter sun offer no clue to the shop’s history, location or eventual fate.