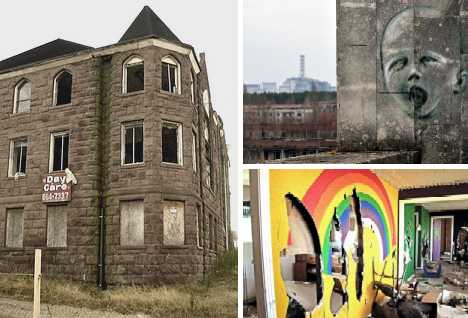 Won’t somebody please care for the children? Sorry, Helen Lovejoys of the world, these 10 eerie abandoned daycare centers just don’t care any more.

Let’s get this one out of the way post-haste: an abandoned daycare center in the nuclear ghost town of Pripyat, Ukraine. Like every other public and private facility in the former Soviet atomic boomtown (no pun intended), Pripyat’s daycare center was abandoned suddenly in 1986 when the nearby Chernobyl reactor exploded and governmental authorities couldn’t hide, er, became aware of the scope of the subsequent disaster. 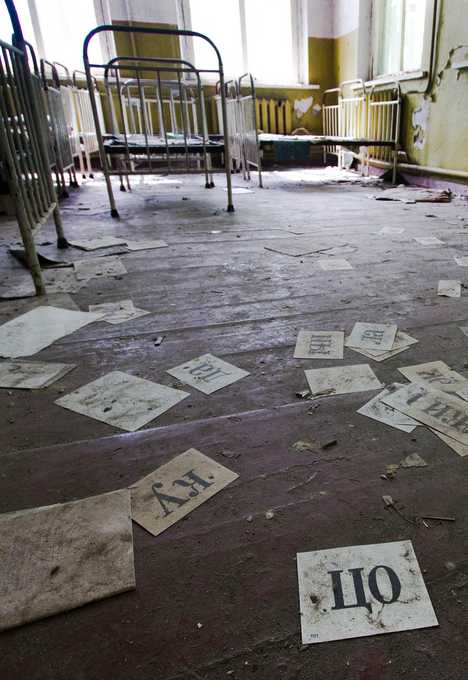 Before the catastrophe, Pripyat’s schools and childcare centers – this one appears to be a combination of both – must have been pleasant places suffused with bright primary colors, echoing to the joyful voices of cheerful children and dedicated caregivers. That’s hard to imagine now. Kudos to Flickr user Inmobiliaria Lares for the still life (heavy on the still; light on life) photograph above. 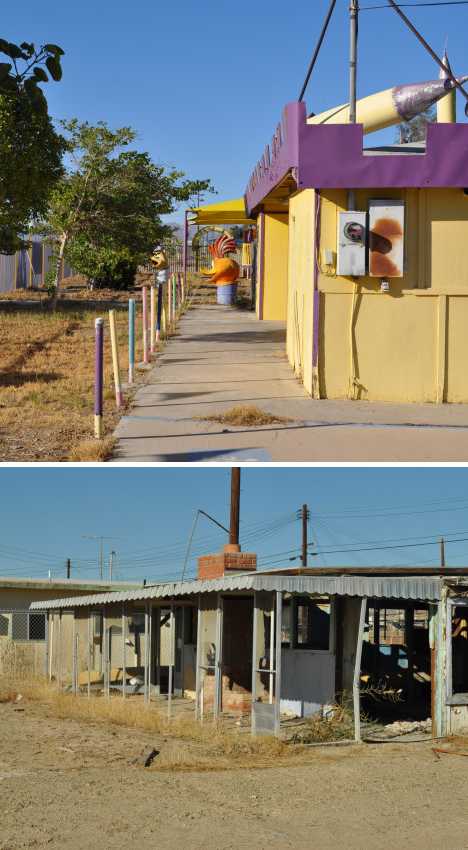 Niland, located in California’s far southeastern Imperial County just south of the Salton Sea, is home to about a thousand hardy souls and, presumably, their equally hardy children. With the population shrinking by about 20 percent in the past decade and the region’s relentless drought showing few signs of abating, borderline communities like Niland are having an especially tough time surviving. One of the town’s daycare centers, investigated by visitors from the Toad Haven Homeschool, has already bitten the dust.

What Does It Mean?? 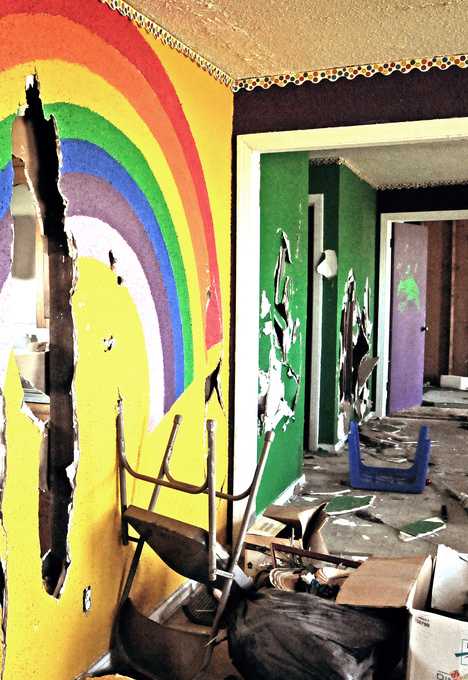 How does one make Double Rainbow Guy doubly tearful? Show him this intense late-2010 scene from an abandoned daycare center in Waco, Texas! Full credit to Trashsociety for the cropped image above, which succinctly captures the former facility in all its dayglo post-apocalyptic glory.

HazMat and daycare: two words that never should appear in the same sentence but did, in the June 24th, 2013 online issue of the West Seattle Herald. Reporter Patrick Robinson recounts that after receiving a 9-1-1 call, a HazMat team from the Seattle Fire Department raced to the five-years-abandoned Avalon Daycare Center and began prying boards off the former church’s windows. “It was the smell of chemicals or gas but we put up air monitoring and nothing’s coming out,” according to SFD Spokesperson Kyle Moore. We’re not sure if Moore’s referring to fumes or occupants but either way that’s a good thing.