The Daycare Of Last Resort 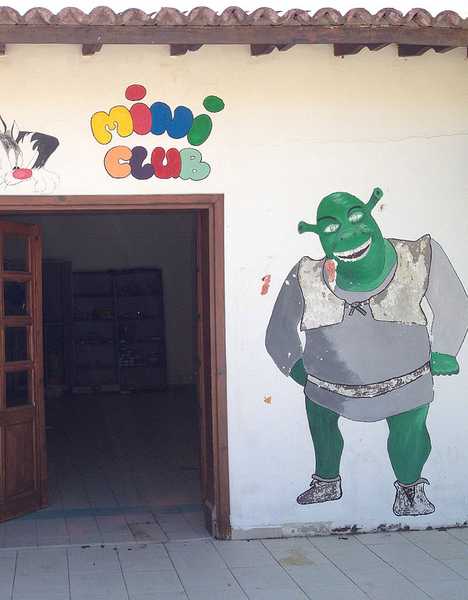 How do you know when your vacation destination rates less than its “5 Star” designation in the travel brochure? Well, one indication is not being able to determine whether the place is merely horribly maintained or outright abandoned. Flickr user Melia Estkling believes it’s the latter: her photo set of the “abandoned Shine holiday resort” in Belek, Turkey presents a convincing case. Bonus points for having the worst. Shrek. EVAR.

Estkling’s photos date from September of 2012 but reviews on the TripAdvisor website dated about a year later indicate a (barely) going concern: “Kids club an abomination where the carer abandoned young children in a dark hut to conduct bouts of beach volleyball!!! Suing for negligence. Disgusted.” Midnight Express; not just for Turkish prisons anymore. 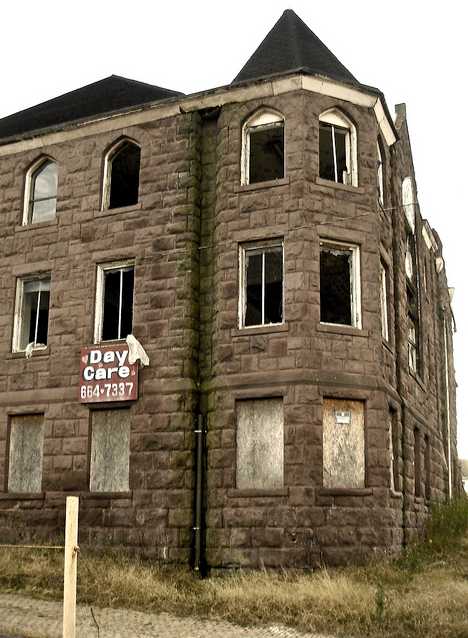 Every castle has its dungeon… a sentiment surely on the minds of children who once attended this thankfully abandoned daycare center in McKeesport, PA. You can bet those kids were on their best behavior every minute of every day! Full props to Flickr user Equinox27 for photographically capturing the suffocating sadness of a childcare facility seemingly straight out of a Stephen King novel. 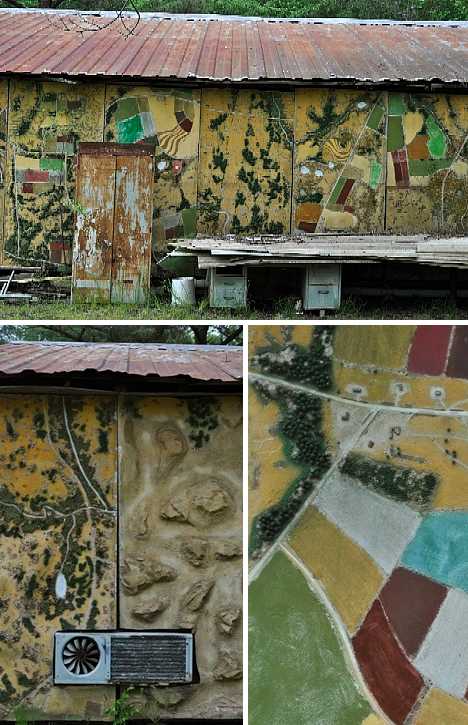 Life at a daycare center is like a box of chocolates: you never know what you’re gonna get. This abandoned rust-roofed daycare center from Hatchechubbee, Alabama, epitomizes the homespun, handmade, hardscrabble type of childcare facility typically found in rural areas. Why was it abandoned? Perhaps the homespun, handmade and hardscrabble aspects of the building and its amenities met with stern disapproval from local child welfare authorities. 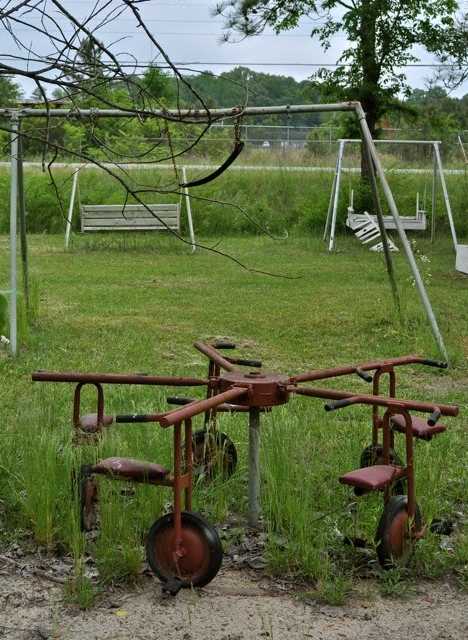 What sound does a daycare center’s swing set make when its swings no longer swing due to decay and/or vandalism? The sound of sadness tempered with tears of disappointment… aren’t you glad you asked? Full credit to Candler Arts for documenting this WAY off the beaten track daycare center and for alerting preservationists to the fab folk art terrain map tenaciously clinging to an exterior wall.