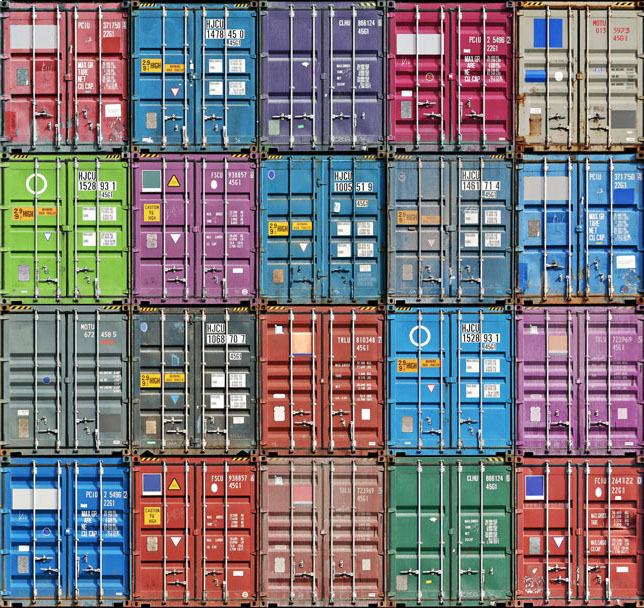 Shipping containers pass by us daily on trucks, trains and ships, carrying 90% of the world’s non-bulk cargo with them, but if you have ever wondered what the mysterious colors and brands really mean, you will want to keep a copy of The Container Guide by your side. A publication of the Infrastructure Observatory, this volume contains a wealth of information on virtually all of the major companies that together own and ship the planet’s 20 million containers back and forth across the globe. 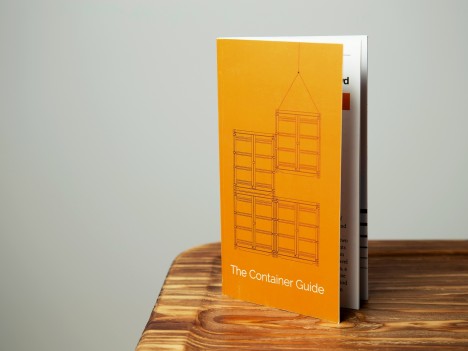 Produced by Tim Hwang and Craig Cannon of the American Container Society, this waterproof, pocket-sized book contains maps, photos, logos, guides and tips to spotting cargo containers on (or off) ships around the world, handily searchable by region, color and brand. Part of the inspiration for this publication was the relative anonymity with which so many of these semi-mysterious companies seem to operate despite their size (a mere 100 companies control 9 out of 10 containers). 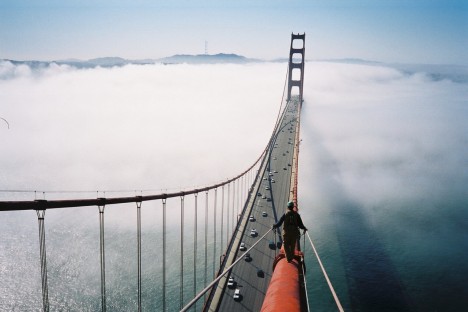 Like Networks of New York, a recently-published field guide to internet infrastructure, this guide draws both conceptual and design “inspiration from classic Audubon birding guides, is a practical field guide to identifying containers and the corporations that own them. Inside you’ll find virtually every major shipping concern brought to life in full-color on durable, tear- and water-resistant paper.” More than just a resource or reference, the guide taps into our deeper shared urge to understand everyday systems and those unnoticed elements of daily life in a globalizing world. 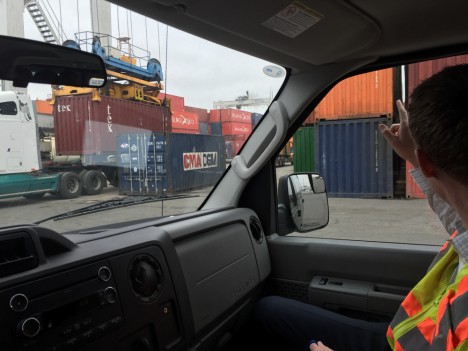 The book also features introductions covering the history of containerized shipping, the rise of refrigerated modules and an introduction to using cargo containers as homes. The first of these three contributors recalls the instigator of this shipping revolution, Malcolm McLean “a trucker by trade, who saw that a multimodal unit that could be seamlessly shifted from ship to truck to train would do to shipping what Henry T. Ford’s production line did for the automobile manufacturer.” Indeed, the use of standard modules has revolutionized the way we ship and helped ships become the dominant form of transportation for goods around the world. 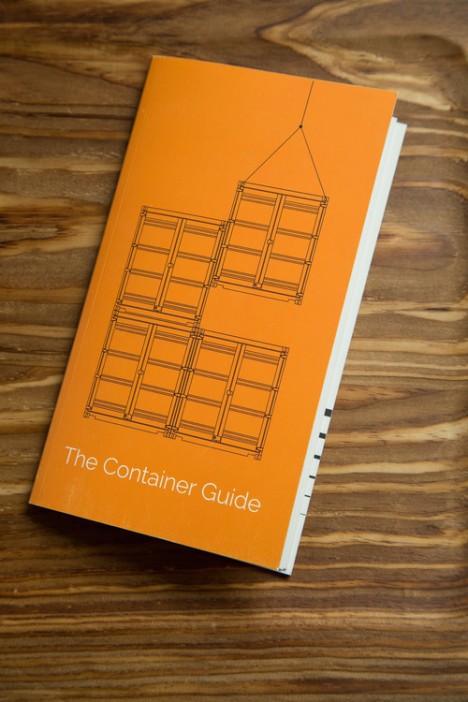 Author and researcher Tim Hwang has more than a passing interest in large systems. A initial failed attempt to gain visitor access to a power plant led him to create the Infrastructure Observatory, a more official outfit to allow him and his fellows to check out everything from factories and roadways to global ports and waste water treatment plants. Last year, the group’s efforts culminated in a fantastic event (hopefully to be soon repeated) called MacroCity. This conference featured a series of panel discussions, presentations and a set of field trips around the Bay Area, including all kinds of professionals from landscape architects and dam engineers to topical authors and niche academics. 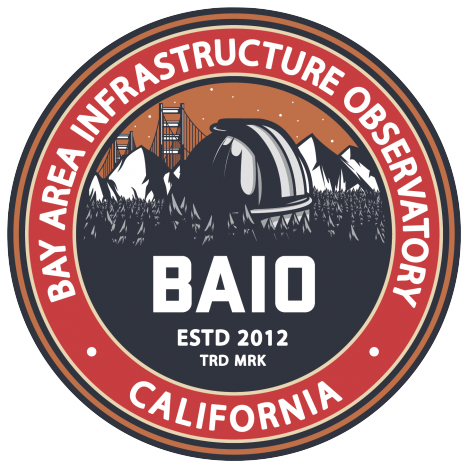 Born in San Francisco, the BAIO has now expanded to include a New York chapter that recently took a trip to the Global Containers Terminal in New Jersey. Upcoming plans include a series of tours surrounding the birthday of Victor Gruen, founder of the modern shopping mall. Longer term, Hwang hopes to see Infrastructure Observatory chapters grow in cities around the world. Meanwhile, he wears many other hats as well,  as co-founder of the Awesome Society, Director of Strategic Partnerships at Imgur and Director of the Intelligence & Autonomy Project at the Data & Society Research Institute among other past and ongoing pursuits.