Slides actually make a lot of practical sense in urban environments, potentially zooming over busy streets and transferring pedestrians from high ground to low ground faster than an escalator or set of stairs. That is, as long as people use them in an efficient manner and don’t clog them up. A mainstay on playgrounds around the world, slides can add a sense of fun to urban settings for adults, too. These examples of slides integrated into architecture, temporarily installed in city streets and doubling as public sculptures offer some exciting inspiration (take the hint, architects and city planners!) 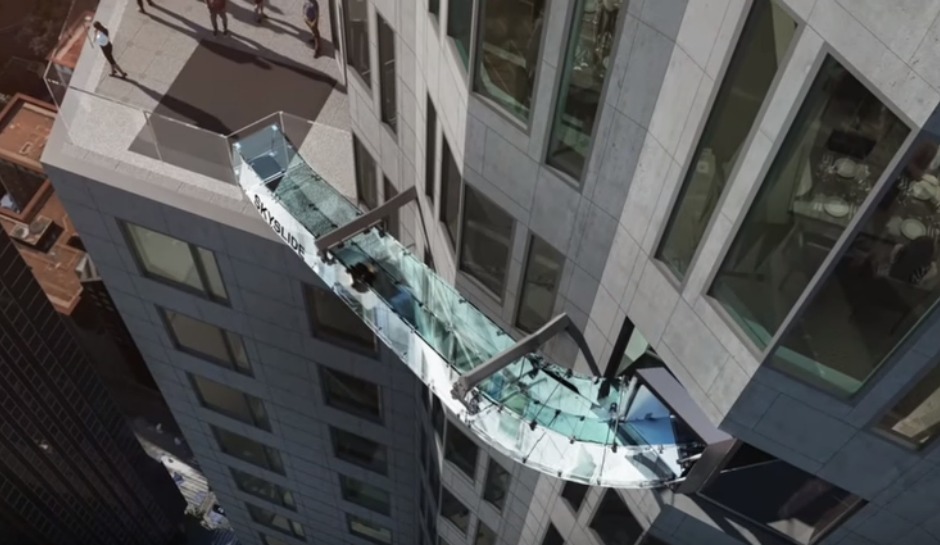 Zoom from the 70th floor of Los Angeles’ U.S. Bank Tower to the 69th in a fully transparent, 45-foot-long glass slide with thrilling (or terrifying, depending on your feelings about heights) views of the city below. The Skyslide opened this year on the West Coast’s tallest building, and though the glass is only 1 1/4 inches thick, the slide is said to be earthquake- and hurricane-proof. 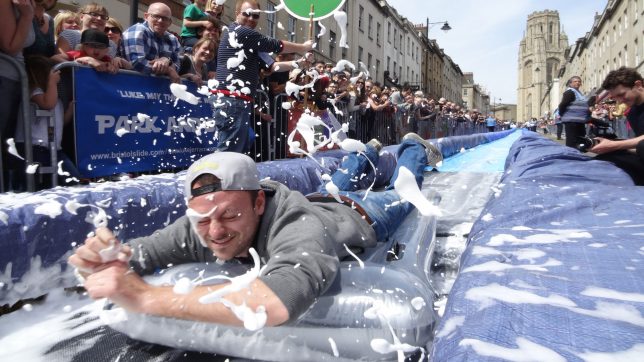 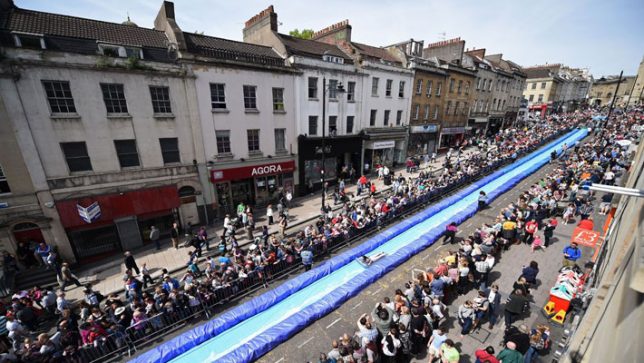 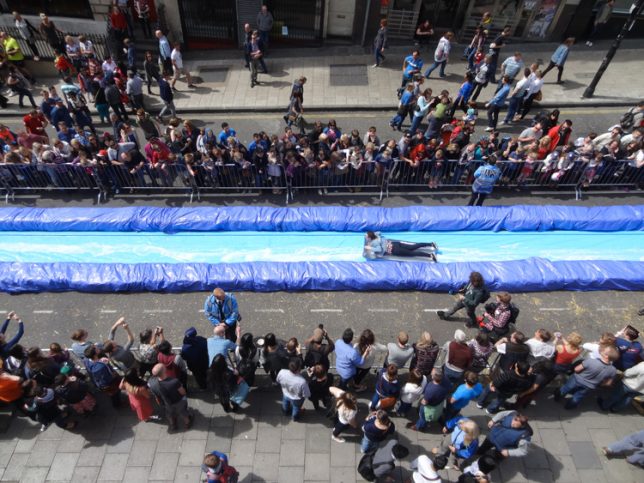 ‘Park and Slide’ by UK-based artist Luke Jerram temporarily turned Bristol’s Park Street into a waterpark, drawing in 65,000 visitors to watch 360 lucky lottery winners ranging in age from 5 to 73 slide from one end of the street to the next. “This massive urban slide transforms the street and asked people to take a fresh look at the potential of their city and the possibilities for transformation,” says Jerram. “Imagine if there were permanent slides right across cities?” 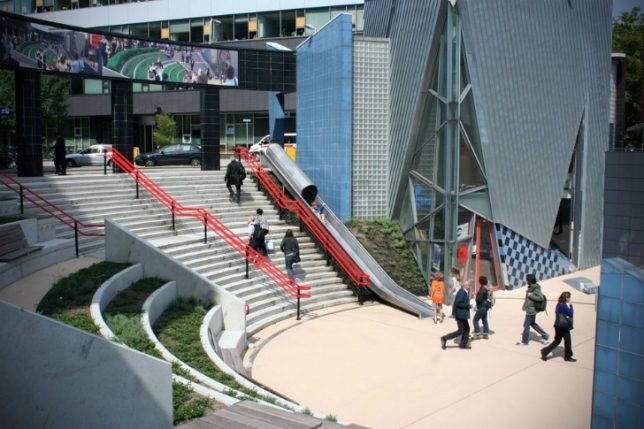 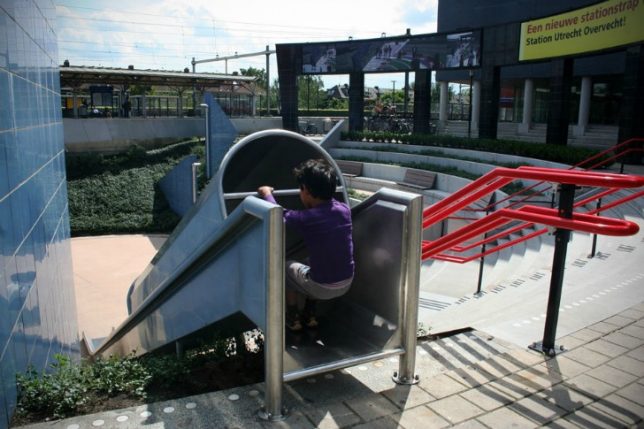 Designed as part of the Overvecht train station’s redevelopment, the Transfer Accelerator slide in Utrecht makes leaving the train station a little bit faster, and a lot more fun. The slide was integrated into the stairs outside the station as part of a push to encourage more commuters to take the train instead of driving. 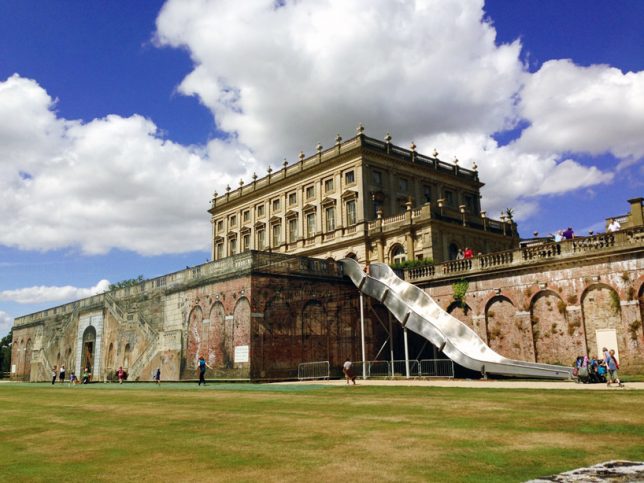 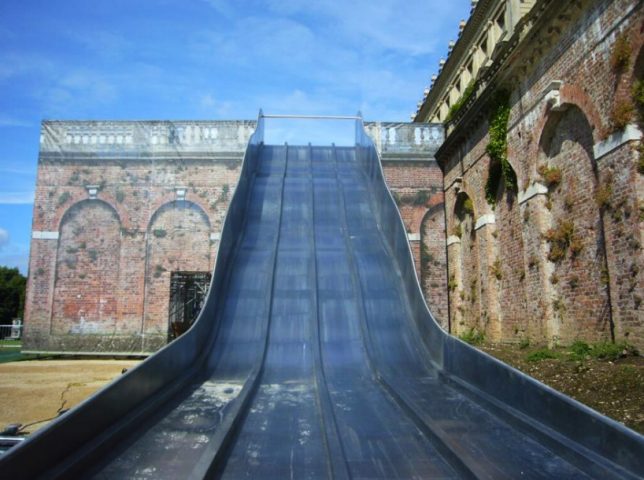 This four-lane stainless steel slide at Cliveden House in Buckinghamshire, former home to Waldorf and Nancy Astoria, distracts visitors from ongoing restoration work and offers an alternative way to get back to lawn level rather than the scaffolding-covered stairs. It’s not often that you see a theme-park-worthy slide attached to a regal old manor house – it’s too bad it’s not a permanent feature.