Last time we caught up with miniaturist Slinkachu, the UK-based artist had placed his little people on the streets of Paris, and now he’s brought his signature blink-and-you’ll-miss-them scenes to the United Arab Emirates. Tailoring each tiny tableau to the setting, Slinkachu has captured a series of humorous moments full of ostentatious wealth, surveillance, camels, tourists doing stupid things and other elements that are quintessentially Dubai. 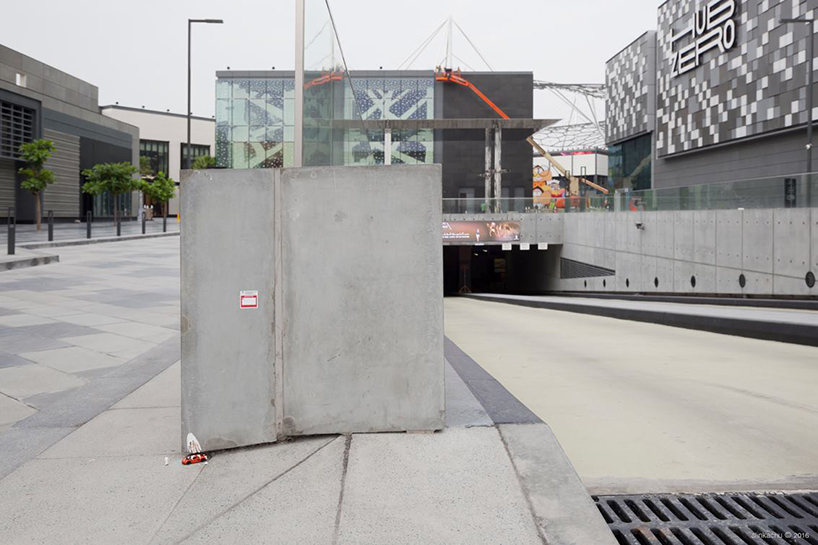 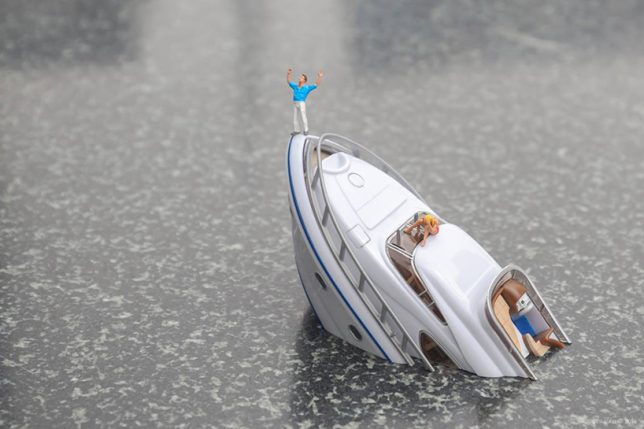 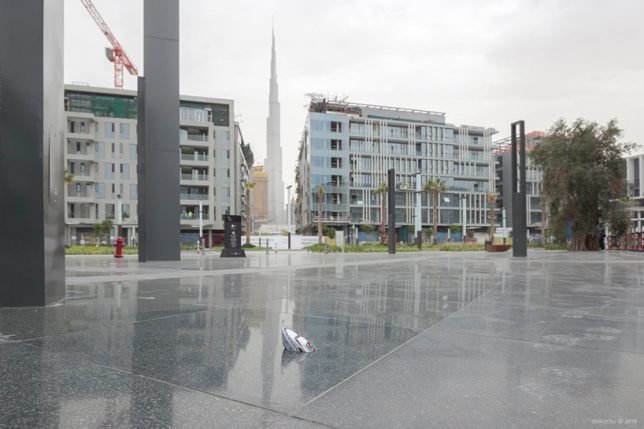 The new series of 10 miniature installations appeared on the streets as part of Dubai Walls, the first outdoor urban art show in the UAE. Slinkachu, “abandoning little people in the streets since 2006,” is one of sixteen artists participating in the event, which also features Etam Cru, ROA and Eine. 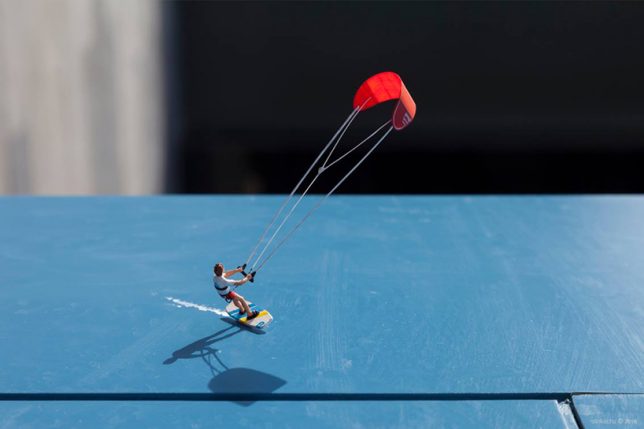 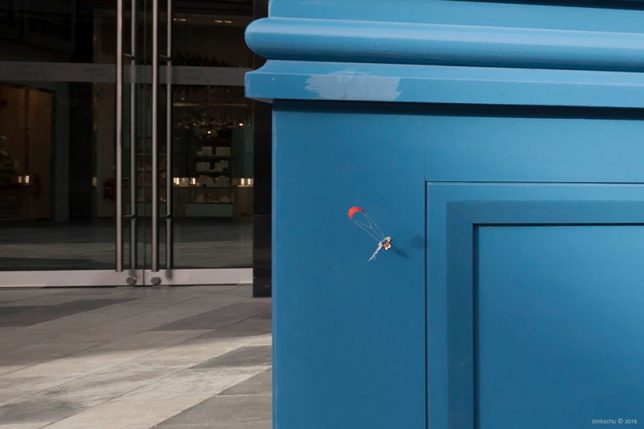 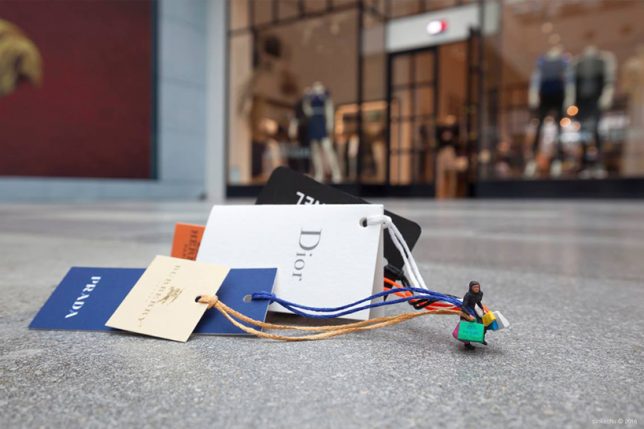 Slinkachu customizes miniature figurines, hand-paints them and then creates little scenes in public places, often right on the sidewalk in plain view of passersby. They end up becoming temporary art, often swept up almost immediately and thrown away, or taken by people who want to keep them for themselves. Since these were created specifically for an art fair, they likely had a longer run in the streets than usual. 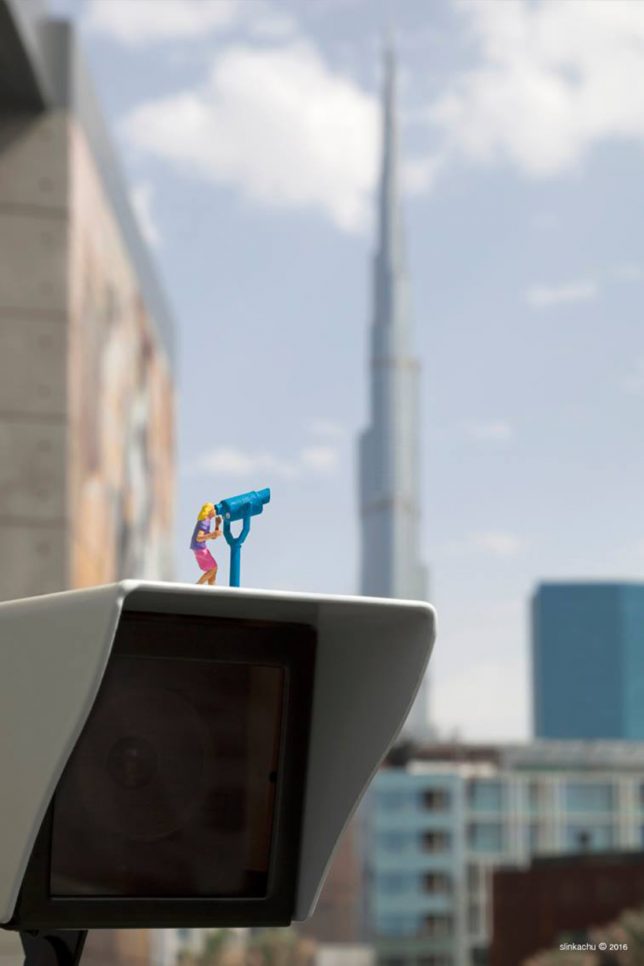 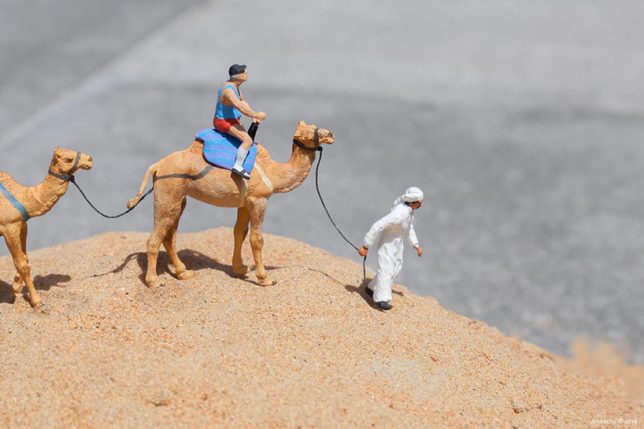 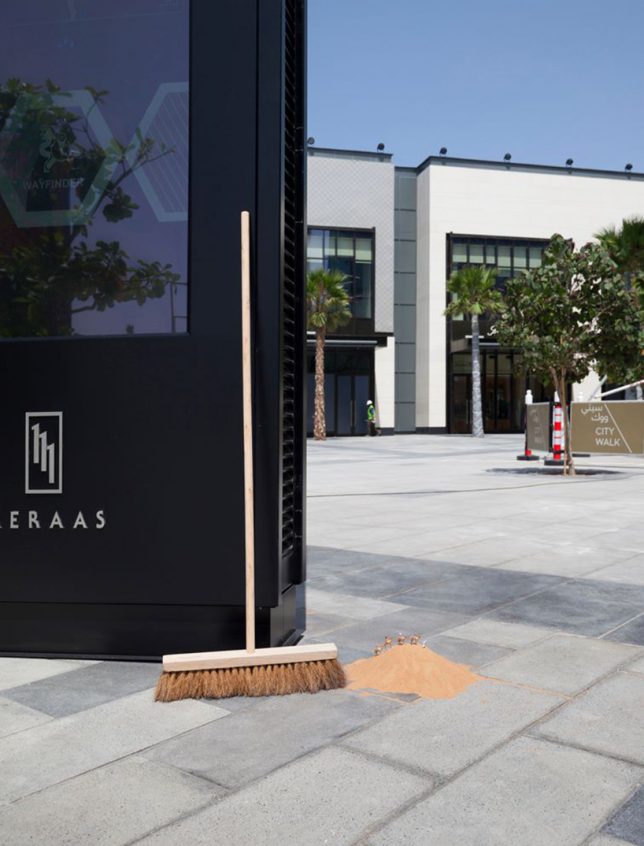 “The ‘Little People Project’ started in 2006,” says the artist. “It involves the remodeling and painting of miniature model train set characters, which I then place, photograph and leave on the street. It is both a street art installation project and a photography project. The street-based side of my work plays with the notion of surprise and I am to encourage city-dwellers to be more aware of their surroundings.” 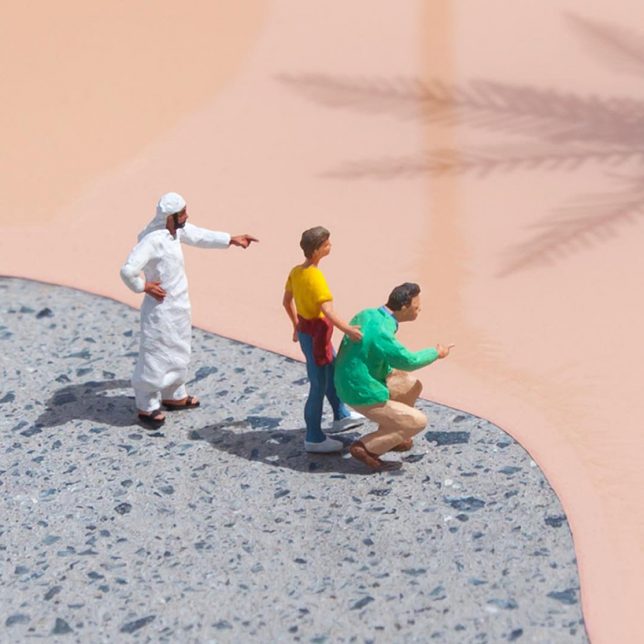 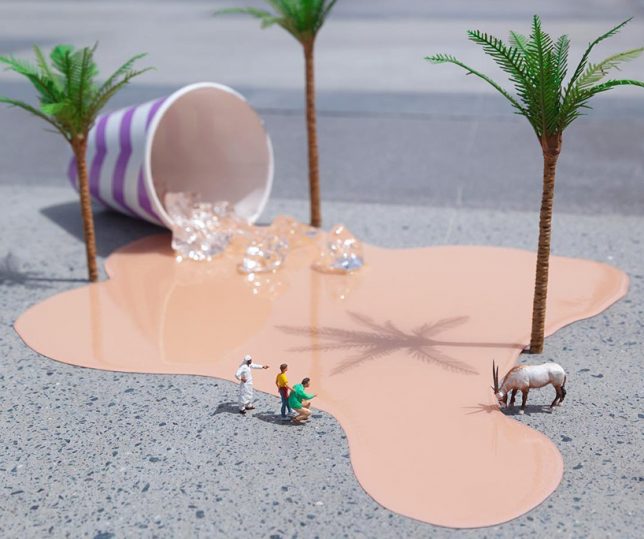 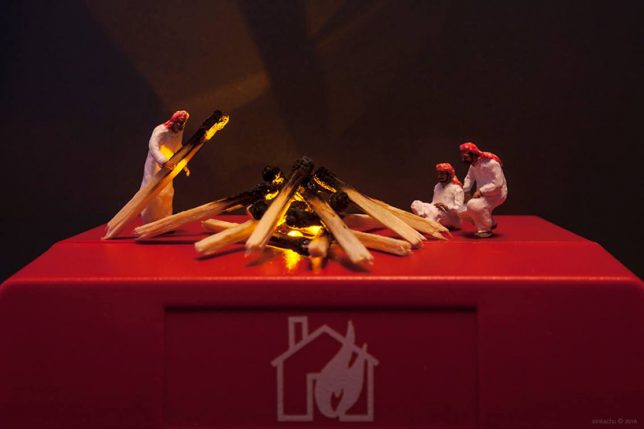 “The scenes I set up, more evident through the photography and the titles I give these scenes, aim to reflect the loneliness and melancholy of living in a big city, almost being lost and overwhelmed. But underneath this, there is always some humor. I want people to be able to sympathize with the tiny people in my works.”